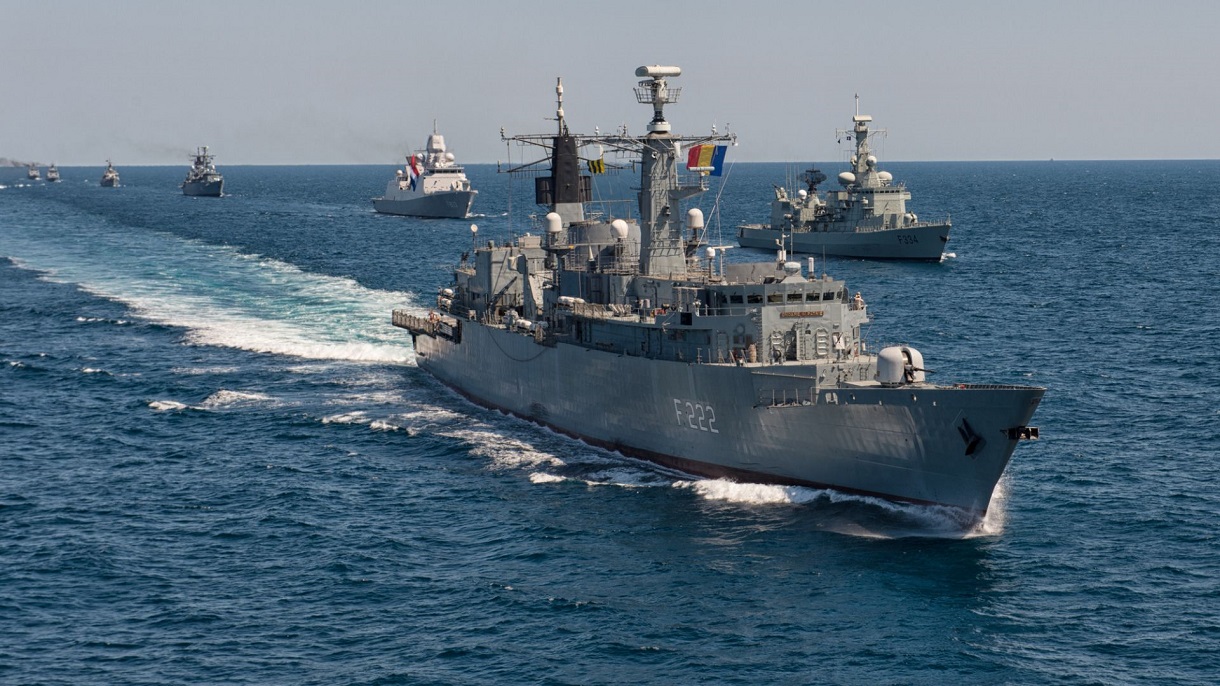 Russian Ministry of Foreign Affairs: The Russian Fleet is in a state of war – Coverage for a Ukrainian attack on Donbas?

The Russian Ministry of Defense recently confirmed that “all the submarines of the Black Sea Fleet have sailed and are in a state of war” by releasing a video with the crew of a Russian submarine singing a military invasion!

According to a Russian military source, the reason for the immediate mobilization of the war is the gathering of 18 NATO warships in the Black Sea for a 10-day exercise.

The Russians fear that this military mobilization could be used as a pretext for a Ukrainian attack on Donbas.

See here the crew of the submarine “Kolpino” singing a military invasion while in a state of war alarm.

The thriller that started in the morning is culminating as today the whole Fleet was scheduled to be at the Naval Station due to the celebration of “Submarine Day”. They are celebrating 115 years since the formation of the force.

However, all the submarines of the Fleet, six in number, are on different missions, which is extremely rare, both for the Russian Navy and for all the navies in the world.

The revelation was made by the Commander of the Black Sea Fleet, Rear Admiral Igor Osipov from the Sevastopol Naval Base.

The Rear Admiral revealed that although the day is festive, none of the six submarines of the Black Sea Fleet are at the port.

The Russian submarines that have sailed all belong to the Improved Kilo class (Project 636.3) with the nickname “Black Hole” and carry Kalibr cruise missiles. These are:

US sources recently confirmed that NATO ships are being assembled in the Black Sea. The USS Monterey Ticonderoga class that was in the battle group of the American aircraft carrier “Eisenhower” CVN-69 crossed the Straits and headed to the Black Sea.

Russian media reported that the reason for the sudden military mobilization was the concentration of NATO ships in the Black Sea.

Russian sources note that this is the largest and most complex NATO exercise for 2021 organized by Romania in the Black Sea.

Forces from Bulgaria, Greece, the Netherlands, Poland, Romania, Spain, the United States and Turkey will participate.

What about the Russian submarine “Rostov”

In fact, according to the source, the submarine has exceeded all expectations, as for a week now NATO forces have been trying to locate it, but it is still invisibly carrying out its mission normally.

Since March 6, NATO and Israeli aircraft have been searching for a Russian Kilo-class submarine in the Mediterranean.

The movements of the Russian submarine are closely monitored by several Boeing P-8A of the US Navy as well as Israeli aircraft along with Italian and British.

We did not lose contact with the Russian submarine of the Black Sea Fleet “Rostov-on-Don”.

NATO anti-submarine forces have been trying unsuccessfully for a week.

The NATO members have gathered a large group and are looking for the submarine together with Israel in the Eastern Mediterranean.

They have not been able to locate it. This is the submarine “Rostov-on-Don”.

BREAKING: #USSMonterey part of @TheCVN69 began its straits transit into the Black Sea to conduct #maritimesecurity operations in the region. @USNavy ships ⚓️& aircraft ✈️ routinely operate in the #BlackSea in support of our @NATO Allies & partners! pic.twitter.com/fDE5eplx7a

Disappearance of a 🇷🇺 Russian KILO submarine carries 4 cruise missiles with a warhead weight up to 500 kg off the coast of south Lebanon 🇱🇧 towards Israel shores 🇮🇱 from the 🇺🇸 surveillance platform, P-8A Poseidon. Searches are currently underway by the US and Israeli warships. pic.twitter.com/3eaC0kPuig