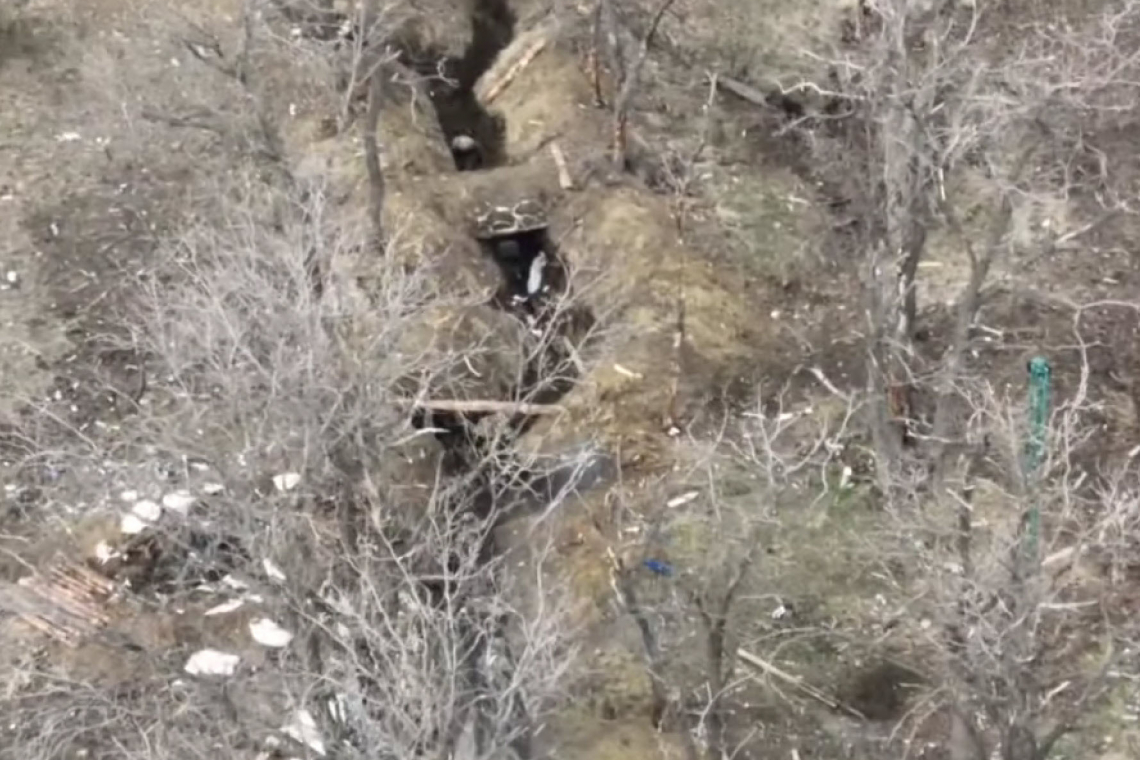 The ongoing Special Military Operation by Russia into Ukraine, is accurately described as “war.”  We’ve all seen the images and the videos, but few have ever caught the actual moments of bravery by BOTH sides.  The 4m20s video below shows it for all to see.  Russian soldiers entering a Ukrainian army TRENCH.  The bravery by both sides is stunning.  The killing is up-close and real.  This is the reality of actual war.

The video begins with an aerial drone view of a trench, which – for the purposes of this description – I will refer to as a north-south trench line.  Russian soldiers enter from the south.  Ukrainians are along the way toward the north.

As the Russian move slowly northward, Ukrainians begin to move southward.  Think about the actual bravery it takes for men on BOTH sides to do what you will see being done.  The bravery of knowing there are armed men facing you in that very trench, and either you kill them, or they will kill you . . . . and yet soldiers from BOTH sides proceed along anyway.  THAT, ladies and gentlemen, is effin bravery.

As the Russians move northward and the Ukrainians move southward, they cannot see each other for a bit.  Once they get within eye sight, oh dear God how brutal it gets.

The first two soldiers catch a glimpse of each other and shots get fired.  The Ukrainian retreats northward, to no avail.  Fractions of a second later, he goes down.  Shot.  Dead.

Other Ukrainians, in side trenches off the main trench, then one-by-one, engage the advancing Russians.  Machine gun fire hits the sides of the trench.  Grenades get hurled, but most miss.

The battle goes on.

At one point, a grenade lands within arms reach of a Ukrainian; he grabs it and throw it OUT of the trench just in time to save his own life.  Then another.

Then . . .  the grenades hit their mark.  The Ukrainians are killed.

This is actual war.  Horrifying in its violence, while showing the bravery that mere mortal men, actually have inside.