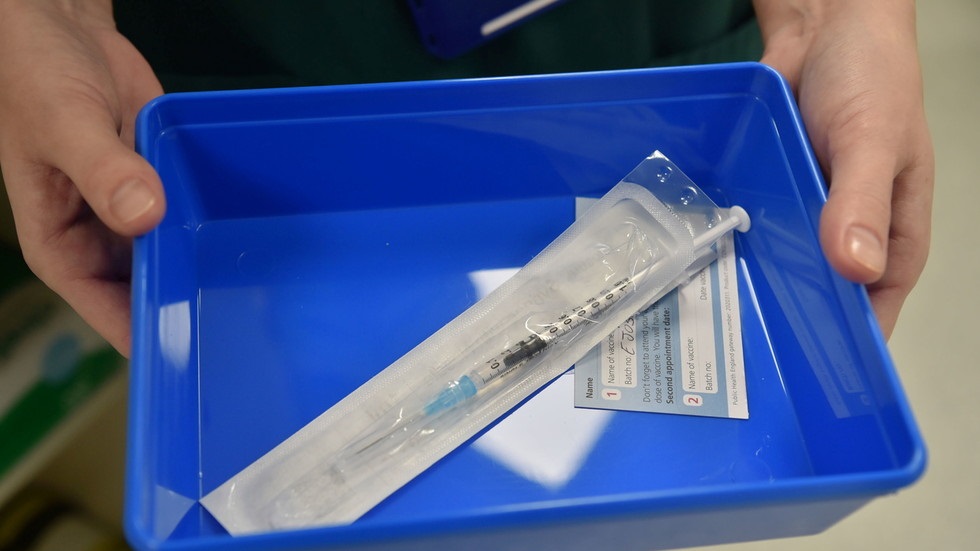 Four trial participants who received the Pfizer Covid-19 vaccine experienced facial paralysis, according to the Food and Drug Administration. The FDA said the issue should be monitored as the jab becomes more widely available.

The potentially concerning cases were revealed after the US drug regulator published an analysis of the Pfizer-BioNTech vaccine ahead of a meeting to consider emergency use authorization for the jab in the United States.

According to the documents, Bell’s palsy, a form of temporary facial paralysis, was reported by four participants during phase 3 trials. The individuals had been administered the jab, and no members of the placebo group experienced similar adverse effects.

The condition resembles a stroke, with most sufferers watching helplessly as one side of their face droops and their muscles go limp. In some rare situations, both sides of the face may become paralyzed. It is unclear what causes Bell’s palsy, although the temporary paralysis usually goes away on its own.

However, the FDA claimed that the frequency of the health issue is “consistent with the expected background rate in the general population,” and added that there was no clear evidence linking the coronavirus vaccine to the unpleasant medical condition. Still, the federal regulator recommended “surveillance for cases of Bell’s palsy with deployment of the vaccine into larger populations.”

The FDA noted the “numerical imbalance” of Bell’s palsy cases among the vaccine and placebo groups, but said there were no other “non-serious adverse events” that showed a similar pattern.

According to the documents, side effects are common but appear to be minor. Out of the trial participants, 84 percent experienced some kind of reaction. After receiving the jab, 63 percent of trial subjects reported fatigue and 55 percent said they suffered from headaches. Chills were reported by 32 percent of participants, 24 percent complained of joint pain and 14 percent developed a fever.

Overall, the jab appears to have received good marks from the FDA. In its report, the regulator said that the two-dose vaccine is about 50 percent effective even after just the first injection. The vaccine is believed to be 95 percent effective after the second dose, administered three weeks later. The FDA also found that the jab reduced the risk of severe Covid-19 symptoms after the first dose.

On Tuesday, the United Kingdom became the first country in the world to begin administering the Pfizer-BioNTech vaccine to the general population.

Post-COVID vaccine deaths are not being autopsied – why?