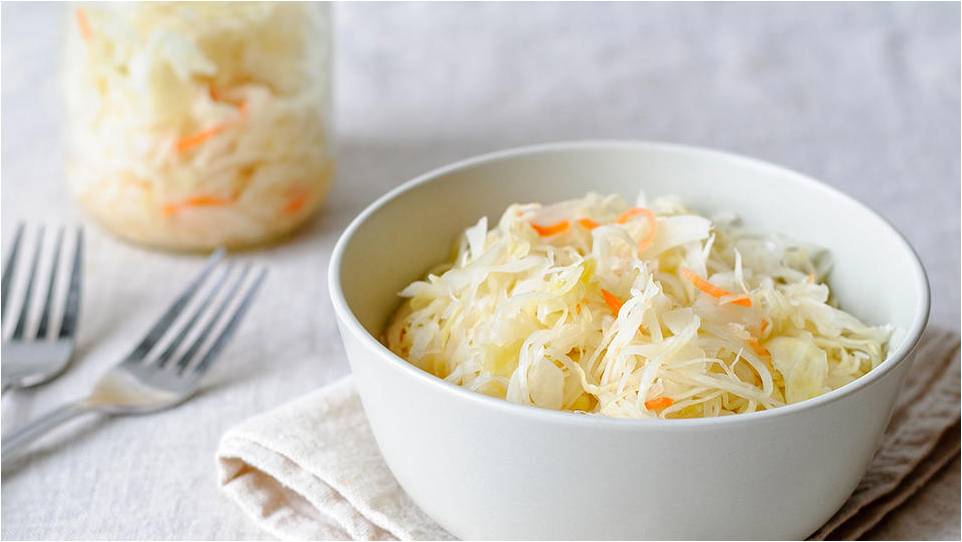 Add these foods to your New Year’s menu in hopes of a lucky 2021.

We pour the bubbly on New Year’s Eve, but what about the menu? That depends on where you live. In different cultures, certain foods are considered to bring good luck in the year ahead. These traditional New Year’s food options all have unique stories behind them, and are well worth considering putting on your menu as you set your 2021 intentions.

Whether it’s black-eyed peas on a New Year’s Day brunch or cabbage on New Year’s Eve, adding these New Year’s good luck foods to your party plans are a delicious way to say see-ya to the old year and hello to a lucky new year.

Eating black-eyed peas on New Year’s Day is a time honored tradition. Not to be confused with green peas (or the hip hop band!), black-eyed peas are actually a kind of bean. There are a few different reasons why they’re associated with luck on New Year’s Day. One theory anchors the tradition in the Civil War, when Union soldiers raided the Confederate army’s food supply, leaving behind only this bean. Another is anchored in African American history, where newly-freed slaves celebrated the January 1863 Emancipation Proclamation with dishes made of black-eyed peas—one of the few foods available to slaves. But other theories date the legume’s lucky reputation all the way back to Ancient Egypt, suggesting that eating the pea—a vegetable readily available to even the poorest slaves—was a way to show humility to the gods. Try them for yourself as a side dish with this Ham and Black-Eyed Pea Salad.

Ham is often a holiday centerpiece, but pork is specifically known to bring good luck on New Year’s Day. Why is pork on New Year’s a tradition? First, it has to do with the way pigs, as opposed to other animals, behave. According to some theorists, while chickens and turkeys scratch backward, a big buries his snout into the ground and moves forward—in the same direction you want to head in the New Year. Another reason is logistics: Pigs are traditionally slaughtered in late fall, which made pork an ideal choice to set aside for celebrating the New Year. Pork (and cabbage) eaten on New Year’s is a tradition that hails from Germany and Eastern Europe, and was brought from there to America by people who settled in the United States. Find some inspo and fresh takes on a pork tenderloin here.

Right alongside the pork is often sauerkraut or some form of cabbage. This tradition also hails from Germany and Eastern Europe, and is, again, rooted in simple logistics: A late fall harvest coupled with a six-to-eight-week fermenting process means that sauerkraut is just about ready when New Year’s rolls around. But cabbage on New Year’s is also steeped in symbolism—the strands of cabbage in sauerkraut or coleslaw can symbolize a long life, while cabbage can also symbolize money. For a sophisticated twist, try this sauerkraut made with caraway.

When isn’t cake an awesome celebration option? Many cultures have specific New Year’s cakes. For example, the Greeks enjoy a cake called Vasilopita, (Also known as king pie or basil-pie) made only for New Year’s and only eaten on New Year’s Day (see a Vasilopita from 2017 in the picture). This Greek New Year’s cake is sweet, bready, and topped with almonds. Traditionally, the cake is baked with a coin or trinket, and the person who gets that slice is supposed to have good luck for the year ahead.

Black-eyed peas naturally go hand-in-hand with greens as a great combination, but greens themselves are known to be lucky for New Year’s. Why do people eat collard greens on New Years? It’s all about the green, which symbolizes money and prosperity. According to some tradition rooted in the South, greens can be hung by the door to ward off any evil spirits that may come your way. Can’t hurt, right? Here, a Collard Greens With Bacon recipe that’s simple, delicious, and lucky.

Another legume, lentils are often served in Italian households, and again, their legend is rooted in prosperity: The round legumes look like coins. Lentils for New Year’s Eve are traditionally eaten after midnight, along with pork and sausages. Here, 11 lentil recipes to consider adding to your New Year’s Eve arsenal.

In Filipino culture, New Year’s Eve is celebrated with fruits. How many kinds of fruit for the New Year? Twelve, to symbolize each month. Filipinos also look for round fruits, but mangoes and watermelon can make the cut. In Mexico, grapes are eaten at midnight to symbolize the year ahead, and throughout the world, pomegranates, a symbol of fertility and birth, are eaten at the new year. A pomegranate-based cocktail is a sophisticated way to start the New Year on the right foot.

Fish for New Year’s is another common dish popping up on plates around the world on New Year’s—especially in cultures close to water. For example, in Scandinavian countries, herring was considered a harbinger of good fortune, especially as the silver-scaled fish called to mind valuable money. Herring, heavily traded, also was essential to the prosperity of the country, so eating herring was a way to hope for a good catch in the months to come, as herring had unpredictable migration patterns, and a good year didn’t necessarily indicate the next year would be as successful. The history is complicated, but the fish is not. Today, not only can it symbolize good fortune, it can also make a great New Year’s appetizer. Pickled herring makes a tasty crostini topper on any crostini party platter.

In China, Japan, and many other Asian countries, it’s customary to serve and eat noodles on New Year’s Day. Their length symbolizes longevity—just make sure not to break or shorten the noodles during the cooking process. Serve soba noodles, udon, sesame stir-fried noodles, or try this delicious recipe for Spicy Coconut Noodles.