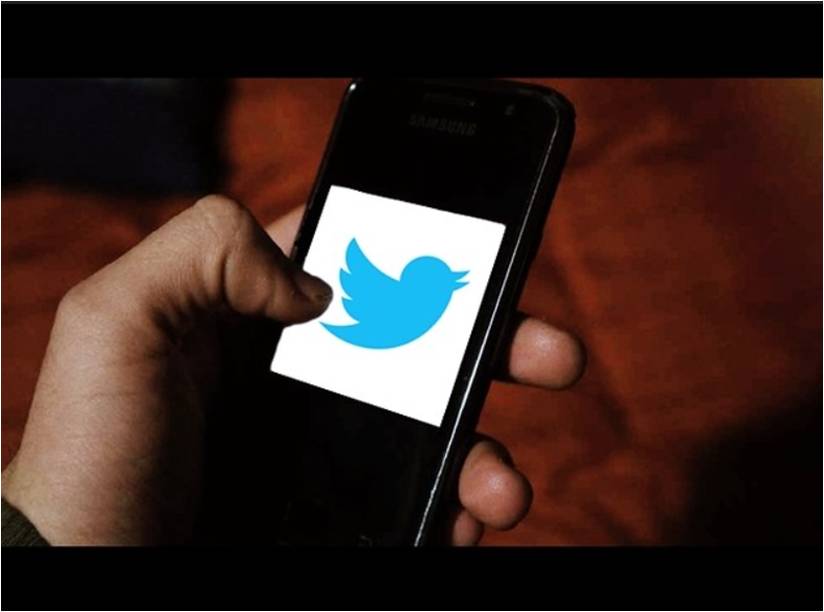 Just yesterday, Elon Musk revealed devastating internal Twitter emails that prove what conservatives already knew: that the social media giant was actively working with the Democrats to control the flow of information during the 2020 presidential election.

Musk, Twitter’s new head, tweeted a link to the account of journalist Matt Taibbi, who posted a thread of tweets including screenshots of emails from Twitter employees.

There is a reply to a previous email that the Tweets had been “handled.”

In another email, the DNC reports tweets, including one from actor James Woods.

Taibbi observed that in 2020, both parties had access to channels to complain to Twitter bosses and that their requests were received and honored.  However, the “system wasn’t balanced.”

Since Twitter was overwhelmingly staffed by Democrat sympathizers,  the left had myriad more options to complain and have its way.

The N.Y. Post revealed how Joe Biden abused his authority as vice president to enrich his son via a shady business deal in Ukraine.  The laptop contained documents and emails about these deals.  Also on the laptop, Hunter was photographed in flagrante delicto and using racist language.

Twitter locked the N.Y. Post Twitter account and removed tweets with links to the story shared by users.  Twitter also warned when the link was clicked that it may be “unsafe.”  The goal was to deter users from accessing the N.Y. Post by implying that its site was either hacked or infected with a virus.

Taibbi said that Twitter even blocked the sharing of links to the story via direct message.  This restriction is usually used only to stop the circulation of child pornography.

Twitter also locked the Twitter account of then–White House press secretary Kayleigh McEnany weeks prior to the 2020 election.  This caused Trump campaign staffer Mike Hahn to dispatch a sharp email to Twitter demanding to know when she would be unlocked.

It is important to note that these weren’t some low-level employees going rogue.  Taibbi revealed that the decision to tamper with the flow of information and block stories that were adversarial to Biden came from the very top.  Twitter’s former head of legal, policy, and trust, Vijaya Gadde, was at the helm.

The decision to mark the N.Y. Post story unsafe caused a great deal of confusion.

Emails revealed that the decision-makers at Twitter were desperately looking for an excuse to add a warning to the N.Y. Post Hunter story.  In one of the emails, Vijaya Gadde recommends that they claim that Twitter is waiting to verify if the story was a result of hacking material.

The goal was not to block the story forever, but just to block it until Election Day in 2020.  Hence, Gadde was recommending a sly maneuver to buy time while appearing open-minded.

The emails revealed a rare ray of hope among the Democrats.

Taibbi also says that all of this occurred without the knowledge of then-CEO Jack Dorsey’s involvement.  Dorsey later admitted during a congressional hearing on misinformation and social media that blocking The Post’s report was a “total mistake.”

Experts have said that had Musk owned Twitter in 2020, Donald Trump would still be president.

Apart from Gadde, the names of the other conspirators remain undisclosed.

Beyond Big Tech, the mainstream media, which function as a P.R. wing for the Democrats, also played their part.

Prominent media personnel from MSNBC, NBC, The Washington Post, The Daily Beast, CNN, and The New York Times joined forces to discredit the story.  Publicly funded NPR claimed there were “red flags” in the Post’s story.

Joining Big Tech and Big Media in this unethical discrediting of the story were 51 former senior intelligence officials, who signed a letter claiming that the N.Y. Post’s Hunter’s laptop story had “all the classic earmarks of a Russian information operation.”

Could the suppression of this story have had any impact on the 2020 election?

A Newsbusters poll revealed that 16% of Biden voters said they would have voted differently had they known of Hunter’s laptop.

This attempt to suppress key information was a purposeful and malicious act of meddling in the 2020 presidential election.

But that wasn’t all.

Facebook CEO Mark Zuckerberg donated nearly $419 million to nonprofit organizations to infiltrate the administration and infrastructure of key precincts of the 2020 election and push for voting via mail.

In the end, an unprecedented 69% of voters cast their votes by mail or before Election Day.

The election was doubtlessly rigged on myriad levels.  Trump, therefore, has every reason to be livid and was right in not conceding to this rigged contest.

The fact that President Trump managed to achieve over 74 million votes in 2020, almost 12 million more than he did in 2016, is a testament to his outstanding achievements.

If the media and Big Tech were fair, Trump would have won by a landslide, causing peace and prosperity, as there was from January 2017 to January 2021.

The ball now is in the court of the Republicans, who control the House.  They must lead an investigation and expose the unholy collusion among the Democrats, Big Tech, Big Media, government agencies, and intelligence.

How will the Democrats react?

There will be no remorse or apologies.  The sanctimonious never think they have erred.  For the Democrats, rigging the contest was appropriate, since it enabled their victory.

They will brand this exposé as Russian disinformation and will claim that Musk’s Twitter is a platform for misinformation.

The man has been criticized for his trial-and-error approach on Twitter and for being an attention-seeker.  However, Musk deserves glowing blandishments for attempting to liberate Twitter from Democrat tyranny.

Musk could have continued to do his business and keep both parties happy by donating generously.  This would have given him a life of prosperity and, most important, peace.

Yet, like Trump, Musk has bravely chosen a tougher route.  He is taking on the Democrats.  It is therefore not a question of if, but when and how Musk will face retaliation.

The ball once again is in the court of the GOP.  Will they stand up and fight, or will they be commentators and bystanders?