Alaska Has Its Very Own Area 51 And It’s Fascinating 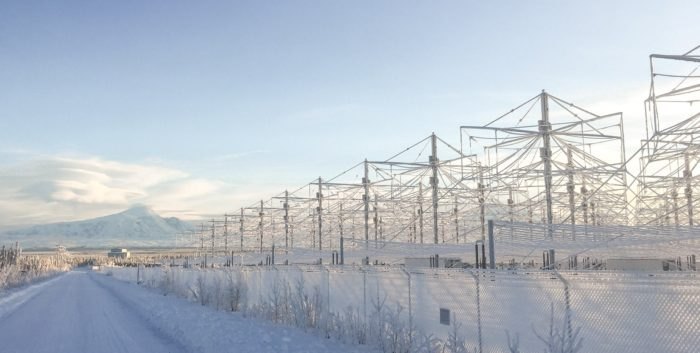 The vastness of the Alaskan wilderness is full of secrets. Throughout the 570,380 square miles of Alaska, there are many military bases, abandoned projects, and remnants of the past sinking into the tundra.

One of the most fascinating projects from the past is HAARP, the High Aural Aurora Research Project, a fascinating high-security facility in the woods. This strange and secretive project is shrouded in mystery, conspiracy and secrets. Alaska’s own Area 51 has been the source of much speculation and conversation over the years.

Off the Richardson Highway lies this secretive former military site, dedicated to the study of the northern lights, or aurora borealis. The US Air Force selected Gakona, Alaska, as the location for HAARP because it met a long list of criteria.

The site had to be within the auroral zone, be near a major highway for year-round access, away from densely settled areas, electrical noise and lights, on relatively flat terrain, of realistic and reasonable construction and operational costs, and pose minimal environmental impact.

This spot near the Wrangell-St. Elias mountains fit the bill and from Between 1990 and 2014, HAARP was a jointly managed program of the United States Air Force (USAF) and United States Navy.

The main component of HAARP is the Ionospheric Research Instrument (IRI), a phased array of 180 HF crossed-dipole antennas evenly spaced over 33 acres and capable of radiating 3.6 megawatts into the upper atmosphere and ionosphere.

The array studies the ionosphere and the thermosphere, the highest parts of Earth’s atmosphere. Using the array to heat or target a specific area. Initially, the U.S. military was researching how military and civilian communication and navigation systems were affected in the ionosphere.

Many theories have arisen about the true secrets of HAARP. It is rumored that the array was used to alter and control the weather in Alaska.

HAARP has been much discussed in Alaska as a controversial project. Some think it is a Cold War weapon to control the weather and communication systems in Russia. There is a lot of talk and a lot of secrets still surrounded the military projects of the past at the array.

Their merchandise even markets this place as “Area 49”, a nod to Alaska being the 49th state to enter the United States. In recent times, the University of Alaska has embraced the conspiracy theory vibe of the location and are doing their best to show the public that nothing strange is going on here.

Once a year, the University of Alaska holds an open house, usually in August, to allow the public to check out the facility. A visit is a wonderful peek into this fascinating and secretive place.

Source: Only In Your State