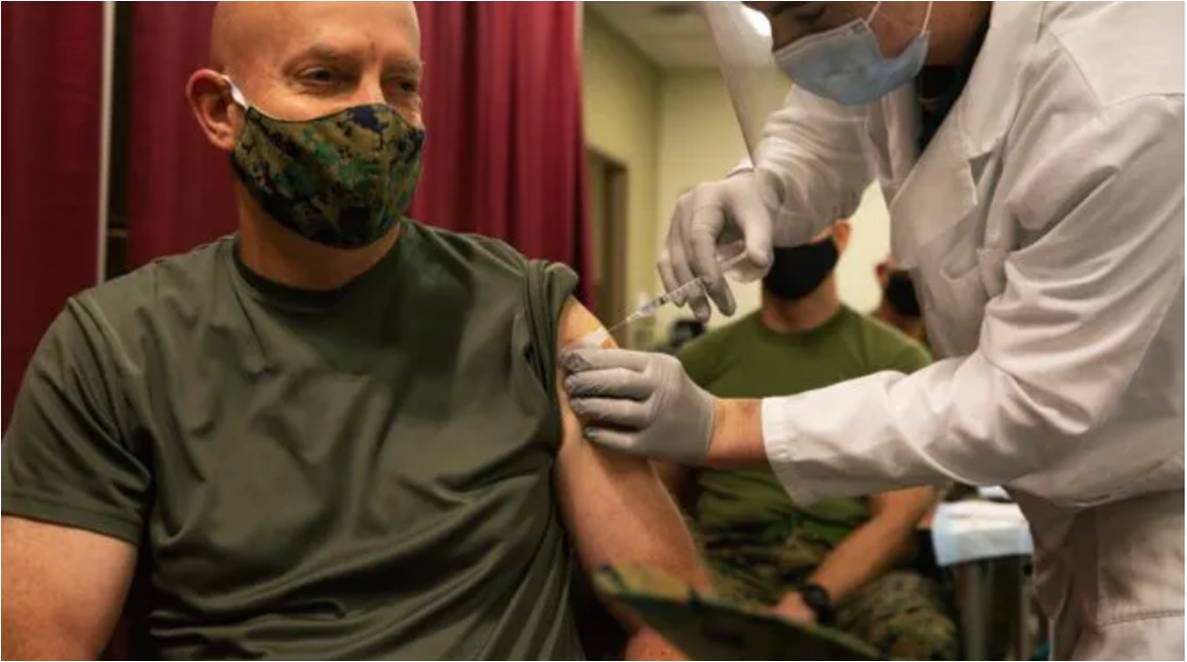 Almost 40 percent of US Marine Corps service members have refused to take the coronavirus vaccine.

The revelation comes as Democratic lawmakers have started a push to make the covid jab mandatory for all members of the military.

According to Dr. Anthony Fauci, US service members who are eligible but opt out of taking the coronavirus vaccine are “inadvertently being part of the problem” of lengthening the pandemic.

RT reports: Some 75,500 Marines have agreed to be vaccinated as of Thursday, while around 48,000 have declined the inoculation, CNN reported, citing numbers provided by the branch. That puts the rejection rate at 38.9%, slightly higher than the 33% rate for the whole military given by defense officials.

Marine spokeswoman Colonel Kelly Frushour explained that Marines may be refusing the shot for a number of reasons, including allowing others in more vulnerable groups to take it first, allergies to the vaccine or obtaining it by other, non-military means.

Frushour stressed the need to “build vaccine confidence” among servicemen, adding that reluctant troops can always “change their mind and become vaccinated when next the opportunity presents itself.”

Another 102,000 or so Marines, including active-duty and reserve troops, are still in line for the immunization and have not had a chance to accept or decline.

The rejection rate was much higher at certain bases, such as Camp Lejeune, a major Marine installation in North Carolina, where 57% of service members have refused to take the shot.

While the military is currently barred from mandating any of the coronavirus vaccines rolled out in the US, as each has received only emergency FDA approval rather than full authorization, some in Congress have pressed the Joe Biden administration to change that.

In a letter sent to the White House last month, a group of Democratic lawmakers led by California Rep. Jimmy Panetta argued that unvaccinated soldiers pose a “critical threat to our national security and public health,” calling on the president to issue a waiver overriding the rules – as well as the “informed consent” of the troops.

“Vaccinating every eligible service member will improve readiness and have an immediate and positive impact on the communities in which they serve,” Panetta wrote in the letter, which was co-signed by six House Democrats.

Requiring [the Defense Department] to obtain informed consent prior to vaccination is not only harmful to our national security, but contrary to the best interests of service members, their families, communities and colleagues.

Service members are not permitted to decline other fully approved immunizations.

Other survey data suggests that around 25% Americans at large are not willing to be vaccinated against the coronavirus.