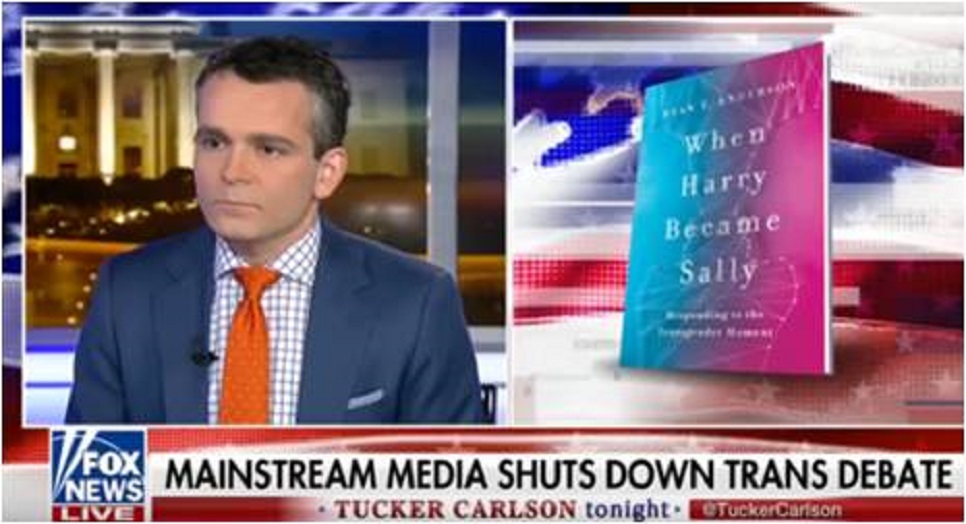 Amazon sells many different books that preach a hateful ideology, including ones by Osama Bin Laden, Adolf Hitler and Charles Manson. But it banned one by an author criticizing the transgender ideology.

President of the Ethics and Public Policy Center Ryan T. Anderson, Ph.D., discovered that his book, When Harry Became Sally: Responding to the Transgender Moment, had been removed from Amazon on Feb. 21. “No notification to me. I found out when someone trying to buy it noted it was gone,” he tweeted when someone asked why the book had been pulled.

Another Twitter user noted that while Anderson’s book was unavailable, a different one with a similar title was available. Let Harry Become Sally: Responding to the Anti-Transgender Moment is marketed as the answer to Anderson’s book. “Buy the other Harry/Sally book, and then read this one to understand the realities of the issue,” stated the description of the product.

“We don’t sell certain content including content that we determine is hate speech, promotes the abuse or sexual exploitation of children, contains pornography, glorifies rape or pedophilia, advocates terrorism, or other material we deem inappropriate or offensive,” Amazon claimed in its book policy.

A corporate blog post from the online selling giant explained further: “We have a dedicated Offensive Products team that is responsible for developing and updating our policies, refining and maintaining our systems and processes, continuously monitoring our store, and manually evaluating questionable products. That team covers global operations and regularly consults Amazon leaders from around the world to refine our policies when needed. We also routinely consult resources issued by civil rights and anti-hate organizations as guidelines.”

These civil rights groups and so-called anti-hate organizations were not listed. However, Amazon already uses the Southern Poverty Law Center (SPLC) to determine what charities are “hateful” for its program, AmazonSmile. The SPLC’s “hate map” describes conservative organizations like the Family Research Council and Alliance Defending Freedom as “hate groups.”

Amazon was the same company that allowed author Phillip R. Greaves II to self-publish a book, The Pedophile’s Guide to Love and Pleasure: a Child-lover’s Code of Conduct. “I wrote the book to establish guidelines so that people would behave in a manner that is non-injurious to each other,” he said to ABC.

Only after public outrage and the arrest of the author was the book pulled from the site.

Anderson also noted on Feb. 22 that Twitter had censored the cover of his book as “potentially sensitive content.”

The Media Research Center conducted a study and found hundreds of hateful products currently being sold on Amazon. These items included terrorist flags, Nazi symbols, and anti-religious graphic T-shirts. The Media Research Center has counted 270 hateful, violent products currently sold on Amazon. Thirty-seven items were removed after the publication of a study. One item, now removed, was a black T-shirt with a red slogan, “Kill All Republicans.”  This product was sponsored by Amazon, which means the vendor paid to have the product advertised on the platform.