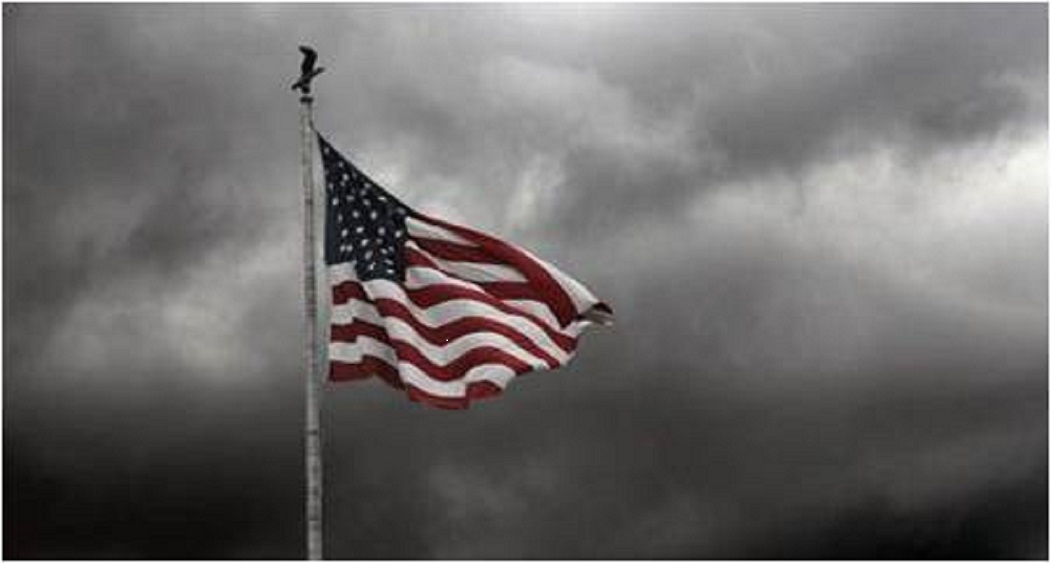 This was a Coup.  It lacked, at least for the moment, the spilled blood often associated with a classic coup d’etat but make no mistake about it – this was a coup.

A record number of Americans fought an unusual number of hardships to make certain their voices were heard in the selection of our next president.  And, given the stark difference in the candidates’ visions for America’s future and the growing national divide, that choice was surely not made lightly.

So, when we on the right observed one “irregularity” after another on Tuesday night and Wednesday morning, what we needed were answers and transparency.  What we got were evasions and coverups.

Keep in mind that we have endured over the past 4 years a seeming century’s worth of dishonesty, hoaxes, threats, wild conspiracy theories and widespread corruption from those on the left.  Indeed, Liberals appear to have made sport of treating Donald Trump and his supporters much like a cat treats a litter-box.  And we got the message: There is no limit to just how low they are willing to sink.

So running up to Election Day, we weren’t overly shocked to hear stories of “replaced” and supposedly destroyed misprinted ballots being accepted at Pittsburgh polling centers, effectively allowing 1 person 2 votes.

We remained calm but curious when Michigan joined other battleground states in halting their counts early Wednesday morning.  We became concerned when we noticed hours later that, while Michigan’s Trump vote stayed exactly the same at 2,202,902, the Biden vote had somehow increased by 138,339.  And, even though that result was statistically impossible, we didn’t really shift into full-blown-pissed-off until we saw a video of what appeared to be illegal ballots being wheeled into a Detroit Vote Count Center in the dead of night that very same morning.

So you can imagine the reaction when news of pollster Nate Silver’s twitter message hit just hours later, announcing: “Two more batches of Pennsylvania votes reported:  23,277 votes in Philadelphia, all for Biden.”  Especially coming from a highly-regarded statistician who knew damned well that the words he typed were impossible, unless of course someone was cheating – big time.

What was going on here? Did they really believe us such fools? Were they so emboldened as to not care?  Or are they intentionally goading us into action in an attempt to legitimize their lame assertion that it is “Right-Wing White Supremacists,” not the Woke Left-Wing Nutjobs of Antifa and Black Lives Matter responsible for the ongoing violence in our streets?

Hold that thought for just a moment.

And consider first a few more figures that simply don’t fly.  For instance, does anyone really believe that more votes were cast for Sleepy Joe Biden than history-making Dem darling Barack Obama?  Or that plus-40% Red Counties flipped to plus-40% Blue counties in a single cycle?  Or that in key counties, the down-ticket candidates consistently received 20% less votes than Biden?

Isn’t it much more likely that overzealous Dems, having once again grossly underestimated Donald Trump, panicked and, in doing so, brought life to the very scenario the president had warned us of for months?  That the corrupt political machines had indeed illegally (and sloppily) “harvested” the votes they believed necessary to finally defeat the dreaded Orange-man?

If so, the mind boggles at the implications, and contemplates the breadth of the chicanery.  Were these localized fraudsters or pawns on a much broader diabolical chessboard, perhaps enveloping the entire political battleground?

Needless to say, this intrigue made perfect tinder for the conflagrations to come, this time over count transparency, or, more accurately, its blatant absence.  Just imagine that while knowing that the nation was watching, the corrupt Philly, Atlanta and Detroit political machines nonetheless acted to stop the nation from watching.  All 3 have either denied GOP count observers’ entry or restricted them to stations too far from the count tables to observe anything. One even appealed a judge’s order to let observers in.  And whatever Detroit is hiding appears to be probative enough to merit papering the windows to shut out any outside onlookers.  What could they be hiding?  They’re supposedly counting ballots, not formulating battleplans.  Supposedly.

True to form, the Pro-Joe Lying Media have run strong interference, claiming there’s “nothing to see here,” even blaming criticism of the 3 heavily Democratic cities on, wait for it – racism.  As though led by the same conductor, they all spout identical Morning Joe Playbook phrases, such as suggesting a “desperate” Trump is “throwing everything at the wall to see what sticks.”

But such platitudes simply won’t fly this time.  These corrupt actions by corrupt people who believe they can steal the presidency with impunity will not be swept under the rug by virtue of sheer media sleight-of-hand.  Unlike the complex and faraway felonies recently disclosed in Hunter Biden’s laptop, these crimes against democracy have immediate and discernible individual victims whose disenfranchisement can be neither denied nor tolerated.

But what is to be done?  Sure, Trump could and should contest the results, no matter how long it takes.  After all, the Democrats are still contesting the 2016 election, so to hell with their protestations.

But with potentially hundreds of thousands of tactically targeted fraudulent “mail-in” votes already included in the tally, and most not segregated thereby long past identifiable, what remedy can be offered the 70 million coup victims who know their votes for Trump have been effectively stolen?

What might appease these understandably enraged Trump voters, who felt their very future hopes and dreams dismissed and forcibly ripped from them by people for whom they rightfully have neither trust nor respect?  Members of another tribe who insist the country be changed to something so different; so alien, that they can be perceived as nothing short of the enemy?

My blood boils as I type this, and I’m a reasonably reasonable guy.  But while reasonable minds can disagree as to what constitutes good government, there can be no debate concerning good elections.

My gut tells me that should this coup prove ultimately successful and the “irregularities” be allowed to remain a mystery, this will not end well.  How can it, if half the population believes it was irreconcilably wronged by the other half?

How ironic then that a party so baselessly obsessed with Trump’s supposed “collusion” with Russian dictator Vladimir Putin to “manipulate” the 2016 election would stupidly employ the tactics of another Russian dictator to manipulate this one.  Not by coercion of voters by propagandists, as Democrats fixated on in 2016, but rather of votes by vote counters.

But potential imitators and antagonists alike would do well to remember that by that time, history’s greatest tyrant and most prolific mass-murderer had already managed another despot’s dirty trick.

He had first confiscated the “people’s” guns.

A history lesson not to be trifled with.