America’s **ILLEGITIMATE** President is at it again . . . 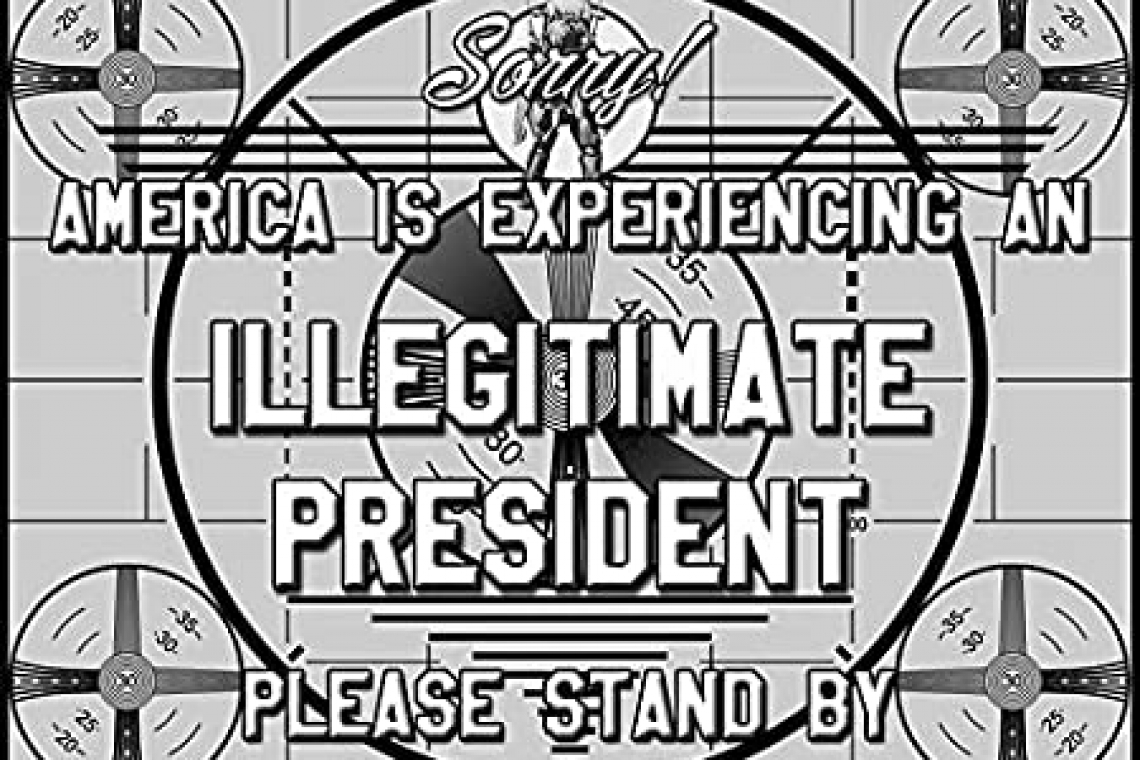 Dementia-addled and delusional Joe Biden, America’s ILLEGITIMATE President, who occupies office through rampant and brazen election fraud, attacked half the country again today with the Tweet below:

White House senior adviser Keisha Lance Bottoms asserted on Sunday that the “hate-filled MAGA agenda” has “no place in a democracy.”

Bottoms made the remarks during an appearance on ABC’s “This Week” on Sunday.

The White House has been continuously doubling down since Joe Biden’s ominous “Battle for the Soul of the Nation” speech on Thursday, when he declared the 74 million people who voted for his opponents as extremists. He said that the “MAGA Republicans” who oppose him “present a “clear and present danger to our democracy” and “threat to this country.”

Discussing the speech, Bottoms told host Martha Raddatz that the “MAGA Republican” agenda has “no place in a democracy.”

“This MAGA Republican agenda, this hate-filled agenda … that we saw incite violence on our nation’s Capitol has no place in a democracy,” Bottoms said. “And if we are not intentional about calling it out, which is what the president did, then our country, everything that our country is built upon, is in danger.”

MAJOR GARRETT: So, former President Trump says that MAGA Republicans are trying to save democracy. They want to be taken seriously on this issue. So let’s review what the former president said this week earlier. He said the 2020 election should be rerun, or he should be reinstated in office, and that if reelected in 2024, he would provide apologies and full pardons to those charged and or convicted for storming the Capitol on January 6, evaluate that.

RASKIN: Well, first, if he’s saying that the election should be rerun, which is something he’s been asserting from the beginning, that’s totally outside of the Constitution. There is no procedure for the military just to seize the election machinery and run a new election, which is one of the things that his disgraced former National Security Adviser Michael Flynn was pushing, and we know was part of the January 6 plot. And look, more than 60 courts rejected every claim of electoral fraud and corruption which Donald Trump advanced. He’s had the benefit of more than 60 courts, including eight courts, where he appointed the judges to office, look at all those claims and they were all rejected. It was rejected in the states and he lost the election. Two of the hallmarks of a fascist political party are one, they don’t accept the results of elections that don’t go their way and two, they embrace political violence. And I think that’s why President Biden was right to sound the alarm this week about these continuing attacks on our constitutional order from the outside by Donald Trump and his movement.

I don’t know what planet these people are on, but clearly they are either dangerously delusional, or in complete denial that their party stole the election and as such, they do not have the consent of the governed legitimately.

If they continue to pit Americans against each other, and it ends-up having to come down to an actual fight, the country would be devastated.

Why they are proceeding on this path is a mystery to me, but it seems, on its face, to be extremely wrong, totally unnecessary, and outright dangerous to the country.

One possibility that I personally consider to be likely, is that they are PROJECTING.

In psychiatric circles, “Projection” is the mental process by which people attribute to others what is in their own minds. For example, individuals who are in a self-critical state, consciously or unconsciously, may think that other people are critical of them.

It is a serious disconnect from reality, and often used to assuage shame or guilt by the person who is doing the projecting.

One thought on “America’s **ILLEGITIMATE** President is at it again . . .”