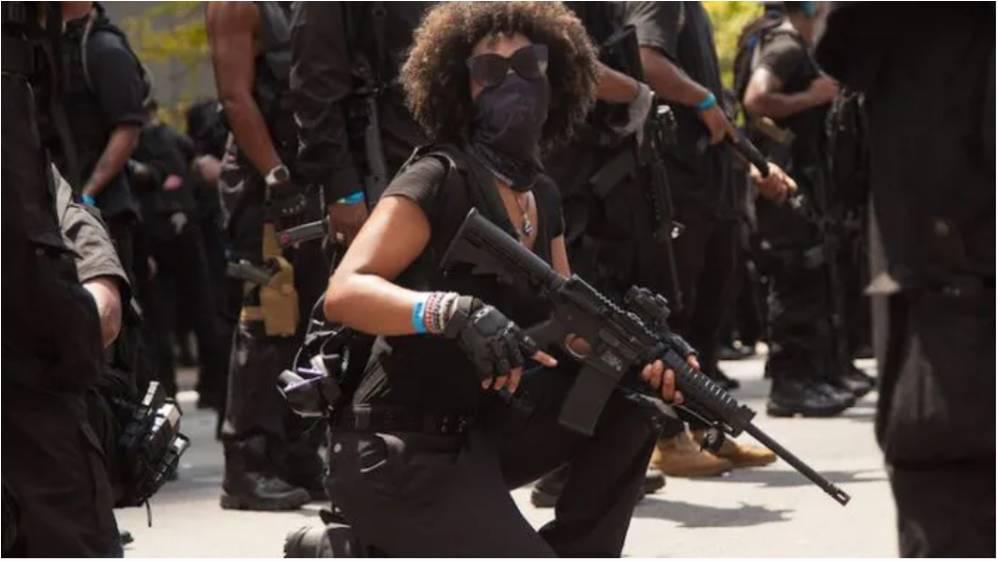 An Antifa protestor at a protest in Seattle was caught on camera declaring, “I can’t wait until black people lynch white people.”

The disturbing chant was heard during the far-left black bloc protest against a Billy Graham association event.

In the video you can hear a woman initially stating, “I can’t wait until black people hang you, I can’t wait.”

When she is asked to repeat the incitement to violent, she proudly clarifies, “I can’t wait until black people lynch white people”:

A person part of the #antifa black bloc at the protest against Billy Graham association event near Seattle shouted racist statements yesterday. They also chanted “death to America” & burned US flags. pic.twitter.com/Rlob8ynIlI

Summit.news reports: When asked if anyone else in the group agrees with the statement, a man puts his hand up and says “I do, I do!”

According to journalist Andy Ngo, the leftists also chanted “death to America!” while burning U.S. flags.

As we highlighted last month, a group of Black Lives Matter protesters in Minneapolis were caught on camera telling a white liberal ally, “You’re white! You don’t belong!” before demanding that he leave the area.

The ‘George Floyd Autonomous Zone’ in Minneapolis also last month issued a list of ‘rules for white people’ that they have to abide by in order to enter the area.

So much for the tolerant left!