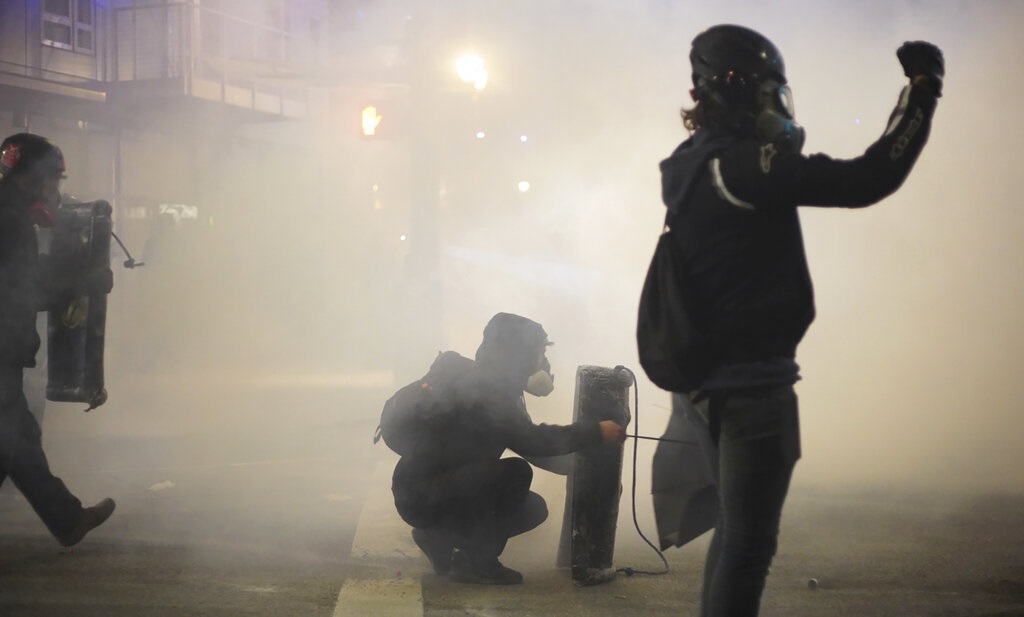 After months of cheering on the systematic censorship of conservative voices on social media, some leftist accounts are now feeling the sting of Big Tech’s bite.

In the past week, Facebook and Twitter have suspended the accounts of several prominent leftist groups. This includes socialist student organizations and the notorious radical left-wing organization Antifa, which President Trump moved to designate as a terrorist organization during his time in office.

Twitter reportedly removed at least four Antifa accounts from its platform, each with a following of more than 70,000. The suspensions are rumored to be the consequence of violent riots that erupted in Portland, where Antifa radicals attacked the Democrat Party’s state headquarters following Joe Biden’s inauguration.

“I don’t do vandalism myself, but destruction of property is a fundamentally American form of protest dating back to the Boston Tea Party and I’m not here to tell somebody else how to protest,” stated Alix Powell, a Portland protester. “If that is what you think you have to do to get your point across and show your government that that’s where you stand, then by all means you do you.”

Journalist Andy Ngo, who has studied Antifa extensively and broke the initial story on the accounts being censored, called the move by Twitter “too little too late.”

“There’s been several accounts like the Revolutionary Abolitionists, they have been banned, several others,” he stated. “The base, which is this Antifa extremist center in Brooklyn, New York, I guess better late than never. I wonder why they didn’t act when we were at the height of violent riots across the U.S. that lasted for months.”

Breaking: @Twitter has suspended several prominent #antifa accounts. @TheBaseBK is one of them. The Base is an extremist bookstore in Brooklyn, NY that has been used as an antifa training center. pic.twitter.com/CeCIhzpJBQ

In the past few days, Facebook has also reportedly suspended several accounts belonging to socialist and communist groups in the United States as well as abroad.

In the U.K. for example, the accounts of the Socialist Workers Party and its student wing were temporarily suspended. Additionally, the Michigan-based World Socialist Web Site‘s Facebook page was also taken down. All accounts were subsequently restored.

The editor of the World Socialist Web Site, David North, said, “it’s like the police storming in and seizing everything in your home.” He continued, stating he feels it could be a warning for what could come next.

While left-wing groups are now expressing their opposition to censorship, they were seemingly much more willing to embrace it when it fell on President Trump with one chapter of Antifa bragging about “laughing” at news of the Commander-in-Chief being targeting by social media companies.