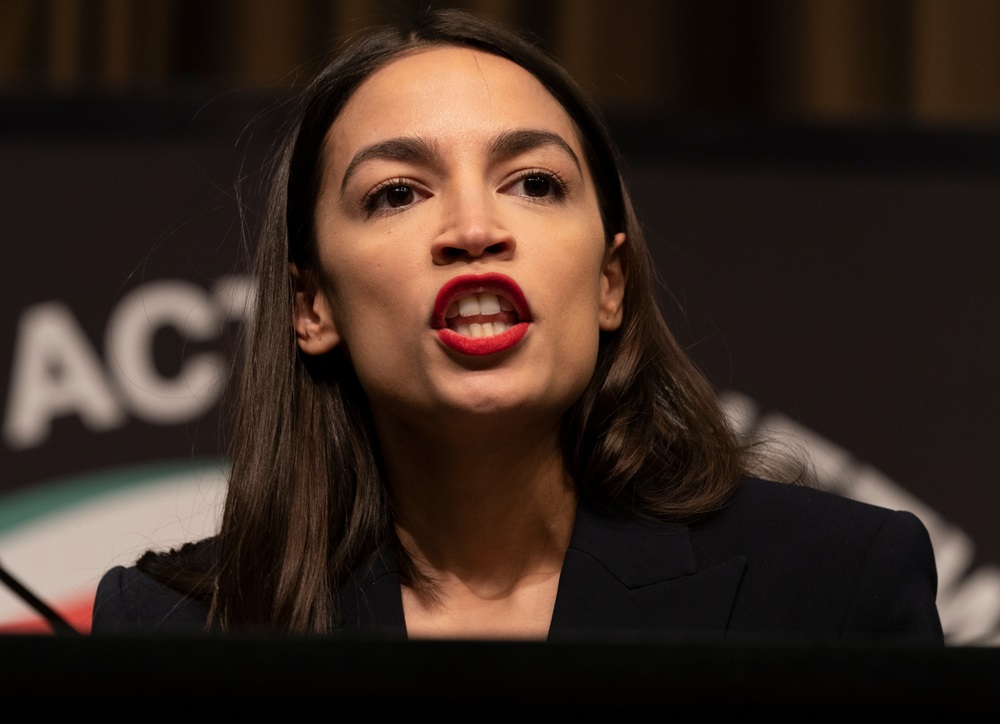 We are seeing a major spike when it comes to illegal immigrants attempting to cross the border, with now over 100 thousand immigrants either crossing or attempting to cross. Analysts believe that number will double to 200 thousand per month in the coming months. Cartels are raking in millions of dollars per day moving people to the US-Mexico Border, and a lot of these immigrants simply believe they will be let in because of the new migrant-friendly administration.

Detention centers are over capacity, and there are reports of tens of thousands of children coming without parents or legal guardians. This is a crisis. Alexandria Ocasio Cortez however, does not want to acknowledge it despite “kids in cages” being her favorite topic while Trump was in office.

Many Democrats insisted that this is a seasonal thing and that in the winter months travel is easier due to temperatures. However this does not entirely line up with past patterns, given that in previous years the surge tended to happen at the end of April.

Democrat politicians and the President deny that they encouraged this surge. Conversely, the Mexican Presidenthas criticized Biden for encouraging the immigration, which has given Mexico a problem with Central American migrants. Illegal migrants themselves have told independent reporters at the border that President Biden encouraged them to come.

During an Instagram Live, New York Congresswoman AOC was asked why she no longer talks about the “kids in cages” and the border crisis like she used to. She appeared outraged at the question, and said that calling what is happening at the border a “crisis” or a “surge” pushes “white-supremacy.”

The Congresswoman said that calling it a “surge” invokes a “militaristic frame”. She went on to say, “this is not a surge. These are children, and they are not insurgents, and we are not being invaded”. She insisted that calling it an invasion is “white-supremacist” ideology. This goes directly against the fact that throughout history, whenever there were overwhelming numbers of foreigners coming into a country without permission, it has been deemed an invasion. AOC said that rather than referring to it as a “border crisis” she prefers to call it an, “imperialism crisis, or a climate crisis, or a trade crisis”.

The congresswoman has long called for the abolition of the Immigration and Customs Enforcement agency. Many immigrants are being trafficked, with most of the women are being sexually abused along the way, and many of them are spending their life savings to arrive in the United States. All under the auspices that everything will be fixed for them if they manage to make it across the border. Does AOC care about that? No.

When Trump was President, she showed up to a fence and took pictures of herself fake crying. She pretended to see the infamous “kids in cages.” What is unfortunate is that millions of people follow her and believe her. Perhaps her mask of deception will come off completely this time.