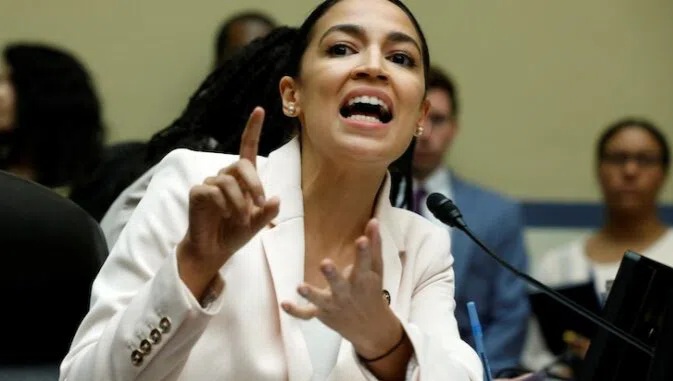 Far-left Democratic Rep. Alexandria Ocasio-Cortez declared on Wednesday that menstruation is not just limited to women.

“Not just women! Trans men & non-binary people can also menstruate,” AOC tweeted, defending her use of the term.

“Some women also *don’t* menstruate for many reasons, including surviving cancer that required a hysterectomy,” she added.

“GOP mad at this are protecting the patriarchal idea that women are most valuable as uterus holders,” AOC went on, continuing to tell people to “grow up” because “trans, two-spirit, and non-binary people have always existed and will always exist”:

Breitbart.com reports: Ocasio-Cortez is far from the only high-profile figure purportedly devoted to “science” to use broad terms to refer to female-only functions, such as menstruating or becoming pregnant.

The Centers for Disease Control and Prevention (CDC), for example, provided an update for coronavirus vaccinations for pregnant women on August 11, although the federal health agency repeatedly used the phrase “pregnant people,” despite the fact that there are only two biological sexes and only females can become pregnant with a child.

“For pregnant people who are at a higher risk of severe illness from COVID-19, we are strengthening our guidance and recommending that all pregnant people or people thinking about becoming pregnant get vaccinated,” she said during a press briefing last month.

The Biden administration, too, has welcomed the broad terms, replacing the word “mothers” with “birthing people” in a budget proposal over the summer.