Apocalypse Now’: What are Risks of CIA’s Possible All Out Clandestine War Against Russia & China? 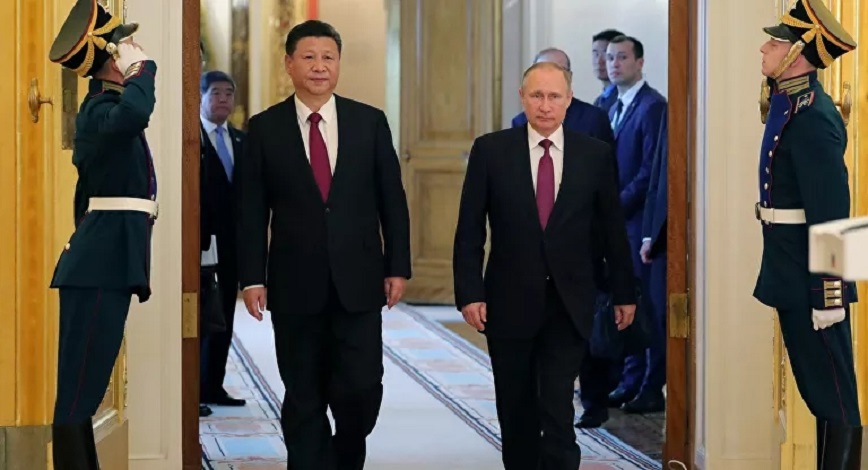 Decorated CIA veteran Douglas London has recently called for enhancing clandestine warfare against Russia and China, insisting that the US has enough tools to trump Moscow and Beijing. However, economist Dr. Paul Craig Roberts and CIA veteran Philip Giraldi have pointed out some apparent flaws in London’s doctrine.

On 5 August, an op-ed titled “Defence alone will not protect us from Russia and China” by Douglas London, a retired senior CIA operations officer and adjunct associate professor at Georgetown University’s Centre for Security Studies, was published in The Hill.

He argued that “bolstering defences alone and adding military firepower” will not deter Russia and China “who pay little price for malign behaviour.” The US intelligence community is “good at sabotage,” possesses “robust covert and overt cyber capabilities,” and knows how “to steal secrets [and] change the course of history with covert deeds,” according to him. All that’s needed to rein in Moscow and Beijing are Washington’s political will, “a more agile and balanced strategy of offence and defence,” and “a dash of clandestine mischief,” London argues.

“The US has most of the tools and resources required to prevail against Russia, China and other authoritarian rivals,” he wrote. “Still, to dominate, America needs greater comfort to operate in the shadows where it can exact costs that would make any enemy think twice before acting.”

The timing of the article coincides with two major developments, according to Philip Giraldi, a former CIA counter-terrorism specialist and military intelligence officer: first, “the already disastrous withdrawal from Afghanistan with disengagement in other theatres of operations”; second, the September legislative elections in Russia.

The US military-industrial complex is increasingly concerned about the pullout from Afghanistan and Iraq, according to the CIA counter-terrorism veteran. He notes Israel also fears that the US military disengagement would embolden Tehran and “already warned, repeatedly, that it is prepared to strike Iran alone, if necessary, though its Lobby is working hard to make sure that Washington becomes involved in whatever results.”

At the same time, London “appears to be a spokesman for a certain type of thinking, it is to be assumed that many in the national security community will urge the White House to take steps to interfere covertly in upcoming Russian elections while also stirring up unrest in China,” according to Giraldi.

“London’s objective is clearly to bring about regime change in both Moscow and Beijing, and he believes that it can be accomplished using the intelligence tools he has recommended, which he opines can ‘change the course of history,'” he suggests.

Election interference and regime change ops have been the US’ modus operandi for quite a while, notes Dr. Paul Craig Roberts, a former Wall Street Journal editor, ex-Assistant Secretary of the Treasury under Ronald Reagan, and former member of the Cold War Committee on the Present Danger. It would be frivolous on the part of Moscow and Beijing to host US and EU-backed NGOs, according to the economist.

On 1 August, Director of Russia’s Foreign Intelligence Service (SVR) Sergey Naryshkin warned in an interview with a Russian journalist that the September legislative elections could become a focal point for interference, stressing that Russia’s security services already know “which areas will be struck.”

Earlier, in May, a draft proposal prepared by European Parliament’s Committee on Foreign Affairs called upon the EU to be prepared “not to recognise the parliament of Russia” after the September vote. On 4 August, the OSCE’s Office for Democratic Institutions and Human Rights (ODIHR) and the OSCE Parliamentary Assembly announced that they would not send election observers to Russia for the first time in nearly three decades. The OSCE move was endorsed by the US Department of State.

What are Ramifications of Clandestine War Against Russia, China?

To convince his readers of the necessity to launch what appears to be an all-out shadow war against Russia and China, London outlined a long list of Moscow and Beijing’s “faults,” including election interference, disrupting US confidence in its own vaccines, and ransomware attacks, neither of which have ever been backed by credible evidence. He went even further by blaming Russia for fuelling both racial enmities during the Black Lives Matter’s summer 2020 unrest and the 6 January riots in the US, which, according to Dr. Roberts, indicates that the ex-CIA official “has clearly lost his hold on reality.”

London also mentioned the so-called “Gerasimov doctrine” – a 26 February 2013 article written by Russian Gen. Valery Gerasimov and detailing a hybrid strategy which “blurs war and peace.” Still, the ex-senior CIA official seems to be turning a blind eye to the fact that the general was actually describing Western hybrid warfare techniques and methods to withstand them.

Apparently, London believes that clandestine warfare against Moscow and Beijing would be a safer option than an overt standoff: “Operating asymmetrically with plausible deniability facilitates the means to pivot and de-escalate, providing adversaries a face-saving off-ramp from further retaliation,” he wrote. However, he seriously miscalculates Moscow and Beijing, according to Dr. Roberts and Giraldi.

“Mr. London’s recommendations are irresponsible, because they amount to a call for Washington to start a war with Russia and China,” Dr. Roberts says, adding that sabotage or cyber-attacks are effectively “acts of war.”  According to the economist, “neither Russia nor China are likely to pretend that the source of attacks are unknown, especially after a former senior CIA official calls for them.”

London’s strategy aimed at deterring Russian and Chinese decision-makers “would amount to an all-out semi-covert war against powerful adversaries which could easily escalate into a shooting war,” echoes Giraldi.

The CIA counter-terrorism veteran refers to London’s earlier remarks on the assassination of Iranian Quds Force Commander Qassem Soleimani in January 2020 that when carrying out a major covert action against an opponent “the US must first decide what’s most important, the price it’s willing to pay and anticipate the consequences.” However, “by his own standards he has gone off the rails in his recent peace recommending sustained clandestine actions against adversaries Russia and China,” Giraldi highlights.

“What London ignores is the possible consequences of his proposed policy, which include nuclear war with Russia that has the capability to destroy the United States,” says the CIA veteran. “Nor is he very good at providing a reason for engaging in the truculence that he embraces. He makes no case that either China or Russia actually threatens the American people apart from stating that they are attempting to encourage internal divisiveness to undermine American ‘democracy and freedoms.’ One does not need to have the Russians or Chinese involved to accomplish that.”

According to Giraldi, “Apocalypse Now makes for an exciting story but to threaten whole countries with annihilation based at best on a desire to change their forms of government makes no sense.” He does not believe that this agenda would be endorsed by the Americans.

hy ‘Russia and China Have Nothing to Fear’ for Now

Still, the former Reagan official argues that “militarily, Washington is not a match for Russia or China, much less for both together.”

“The power of any country’s military depends on the power of the economy, the unity of the people, and the morale of the soldiers,” the economist says. “The US has spent a quarter century giving its manufacturing and industry to Asia. The Democratic Party’s identity politics has divided the population, setting black against white, feminist against men, sexual perversion against normal sexuality. The US government has declared Trump supporters to be ‘domestic terrorists’ and ‘insurrectionists,’ and they – half the population or more – are regarded as the ‘greatest threat’ that the US faces.”

The situation in European NATO member-states is no better, according to Dr. Roberts: “Throughout Europe and the English speaking world there are no nations, only Towers of Babel… which are divided against themselves… [and] cannot resist a unified opponent.”

Given this, Russia and China have nothing to fear for now, the economist believes, warning Moscow and Beijing against deluding themselves into believing that the US and NATO will play by rules with them.