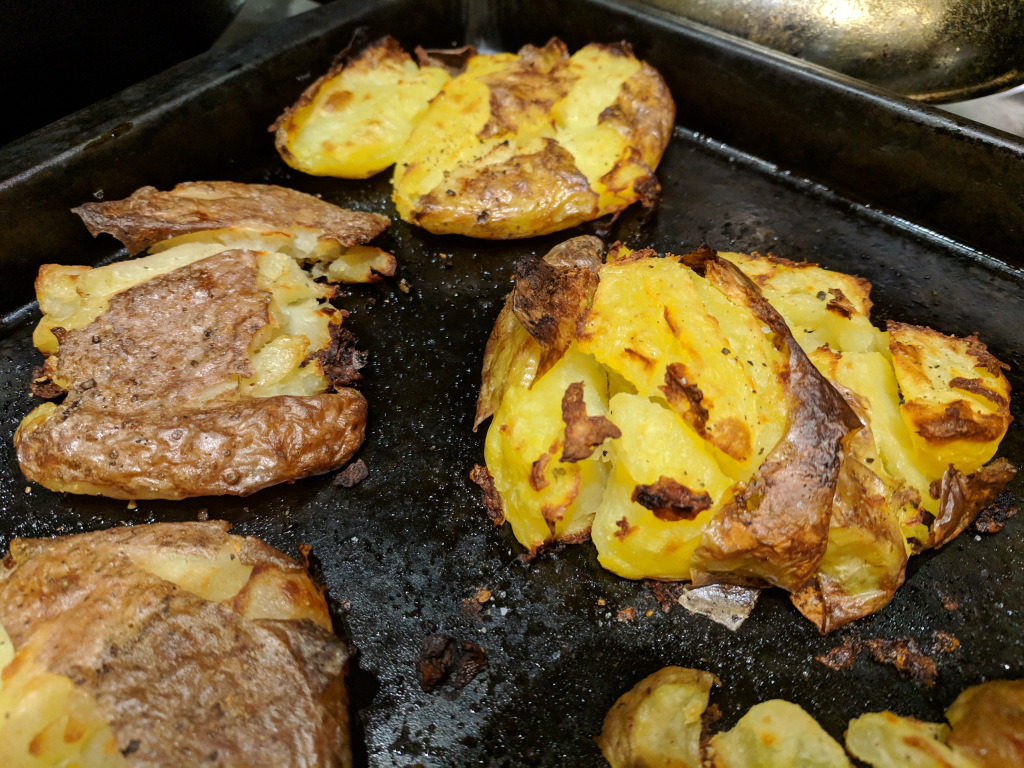 When I first discovered crash hot potatoes, my initial thought was “Carbs, yay!” (Potatoes have a tendency to elicit such reactions from my carb-obsessed brain.)

But when I dug into the recipe, my second thought was “Aren’t these just an Australian version of smashed potatoes?”

Tomato-tomato debate aside, these crispy, crunchy taters are the best thing to come from Down Under since Hugh Jackman.

Making crash hot (or smashed) potatoes is dangerously simple: All you do is boil your tubers, flatten them on an oiled sheet, season generously, and bake. I tried this formula with a variety of potatoes — red, white, purple — in varying sizes to determine the ideal spud size and color. Seriously ladies, I suffered through several potatoes just for you. (OK, I kid. I very willingly ate them.)

Ultimately it comes down to your preferences, but I can say with 100-percent certainty that mini Yukon golds are the pinnacle of potato perfection. The mini Yukon gold potatoes were simultaneously creamier and crispier than their more colorful counterparts. Plus, the mini potatoes were the perfect size once smooshed. Though the recipe works with larger-sized potatoes, they just take up too much room on the baking pan and didn’t seem to get as soft as the smaller potatoes.

Another piece of advice for home chefs is to experiment with how much you smash the spuds. The flatter they are, the crunchier they’ll be. If you prefer a softer, creamier, melt-in-your mouth bite, don’t flatten them as much. Conversely, if you want a crispy experience, your potatoes should resemble Flat Stanley. And don’t forget to give them a good brush of olive oil before roasting so the tops are extra crusty.

My last recommendation with this crash hot potatoes recipe is to not follow the recipe, especially when it comes to seasoning. The recipe I was looking at only listed salt and pepper, but I gave my spuds a generous dusting of garlic powder. I even recommend adding fresh herbs to the pan, like rosemary. And when the potatoes are done, don’t forget to sprinkle some cheese on top!