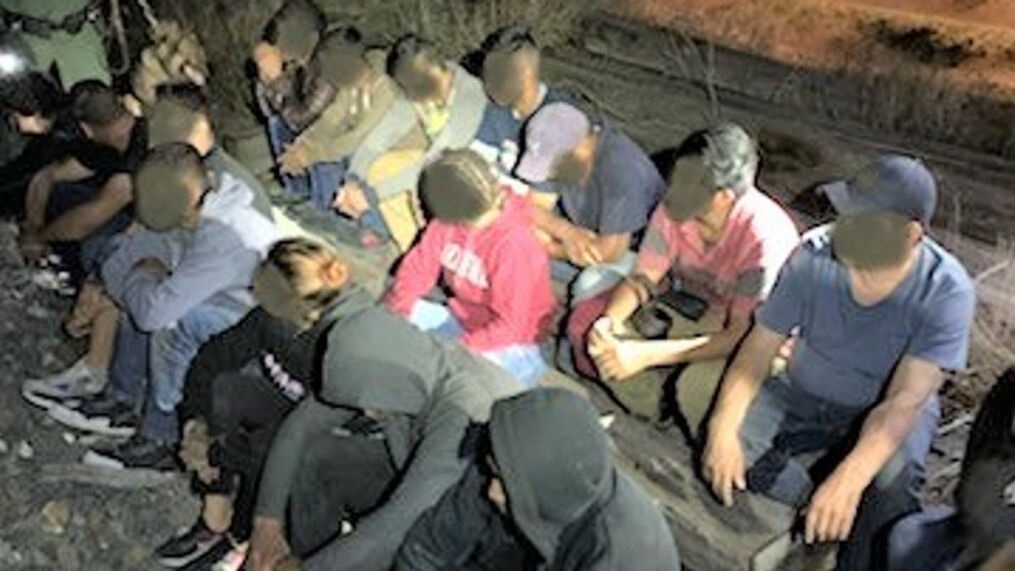 “Officers found a vehicle with a U.S. citizen and a passenger, along with three UDAs (undocumented aliens) who were detained,” the chief said. “Three other UDAs ran north from the school.”

Benson Police officers and Cochise County Sheriff’s Office deputies searched for the three who fled on foot, but could not find them, Moncada said through an email message.

“Border Patrol was contacted regarding the incident, and gave an hour ETA (estimated time of arrival).”

After the hour passed, Border Patrol was recontacted and gave another one-hour ETA, Moncada said.

Benson PD then reached out to a Border Patrol agent who was in the area. The agent contacted a supervisor who advised that Border Patrol would not respond. At that point, all three detained subjects were released, Moncada said.

Parents of a high school student who discovered the undocumented migrants hiding under their son’s truck sent out the following warning on social media.

“Kids, after games, be safe. Watch your surroundings at all times. Illegals are everywhere now. The baseball team is aware of this. Pass the word to softball, track and tennis. Sadly, this is just the beginning of illegals in parking lots, neighborhoods, etc.”

“As part of our safety protocols, coaches are expected to remain with students until every student has safely departed campus, either by driving their own vehicle or being picked up by a parent,” he said.

Mortensen asked that parents encourage their children to report all incidents or situations that make them uncomfortable.

“We must all be vigilant in order to keep our children safe,” he said.

Benson Mayor Joe Konrad also expressed concerns about what he described as “an escalating UDA problem” and its impact on border communities.

“It seems our Border Patrol’s hands are tied,” he said. “Citizens are going to have to be vigilant and take extra precautions to stay safe. People need to call the police when they see something that seems out of place.”

Konrad also noted that police officers are not getting the support they need from federal officials once they determine they have detained migrants who are in the country illegally.

“Police officers are sworn to enforce Arizona law, but have no jurisdiction in immigration matters,” he said. “This immigration issue is a huge problem, and it’s only going to get worse if the border crisis continues. It’s very disheartening.”