‘Because You’re White’: Woman Charged With Bias Crime After Allegedly Punching A Mom in The Face Multiple … 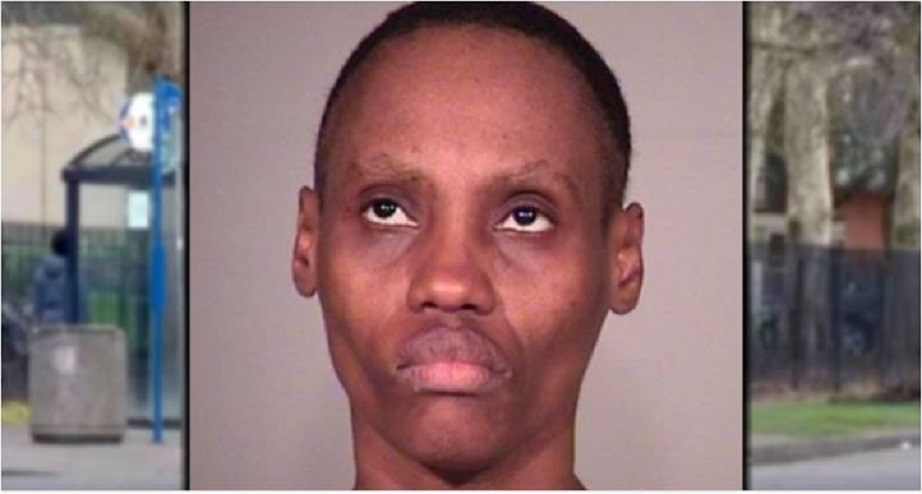 A woman was charged with a bias crime after allegedly punching an unsuspecting mom in the face because of the victim’s skin color. Sadly, it wasn’t the suspect’s first run-in with the law.

Nimo Jire Kalinle, a 42-year-old woman, allegedly decided to make a North Portland, Oregon bus stop the scene of a violent crime after her hate apparently boiled over. She reportedly became so incensed by the color of another woman’s skin that Kalinle launched an unprovoked attack.

After exiting the bus at the stop near North Fremont Street and North Gantenbein Avenue, Kalinle is accused of converging on an unsuspecting mother, later identified as Janae Jordan, according to the NY Post. Kalinle allegedly proceeded to punch the mom, who had been waiting with her husband and young daughter, in the face multiple times at the bus stop, according to court records, Oregon Live reported.

Only after the suspect had repeatedly pummeled Jordan in front of her young daughter, her husband was finally able to step in and put an end to the attack. He successfully restrained Kalinle and held her until officers could arrive. The victim said she had no previous interaction with the suspect prior to the attack. She said she had never seen her before and didn’t know her, but she did have a moment to question Kalinle after she launched her heinous attack.

After being punched, Jordan allegedly asked the suspect why she had targeted and chosen to attack her. She could not believe the answer she was given from an unremorseful Kalinle. The suspect, who is black, allegedly responded to Jordan’s inquiry about her motive by saying, “It’s because you’re white, and I hate white people,” according to a probable cause affidavit.

Following the incident, Nimo Jire Kalinle was arrested, and the victim was taken to the hospital and treated for unspecified injuries, according to court documents, Fox 12 reported. Kalinle was indicted on multiple criminal counts in connection with the incident, but she failed to show up for her arraignment. Authorities were then forced to issue a bench warrant for her arrest.

Kalinle was eventually arrested on suspicion of criminal mischief and disorderly conduct in a separate incident and booked into the Multnomah County jail. For her hate, she faced a slew of charges, including first-degree bias crime, second-degree bias crime, and fourth-degree felony assault, as well as two counts of interfering with public transportation in relation to the bus stop beatdown. She pleaded not guilty.

This was not Nimo Jire Kalinle’s first run-in with the law. In fact, Kalinle previously faced criminal charges for throwing rocks through Tri-County Metropolitan Transportation bus shelters and damaging other TriMet property. This woman has allegedly proven more than once that she is violent and has no respect for others or their property, and such a hate-filled, violent person has no place in a civilized society.

No one who resorts to violence when unprovoked deserves the freedoms that the rest of us enjoy. That is especially true when the violence is sparked by the color of another person’s skin. This is simply unacceptable, regardless of the races of those involved. This mother was minding her own business when she was attacked for something that is beyond her control. An innocent person was turned into a victim because of another’s unjustified hate. That is never okay, and those who perpetrate such attacks must be punished to the fullest extent of the law.