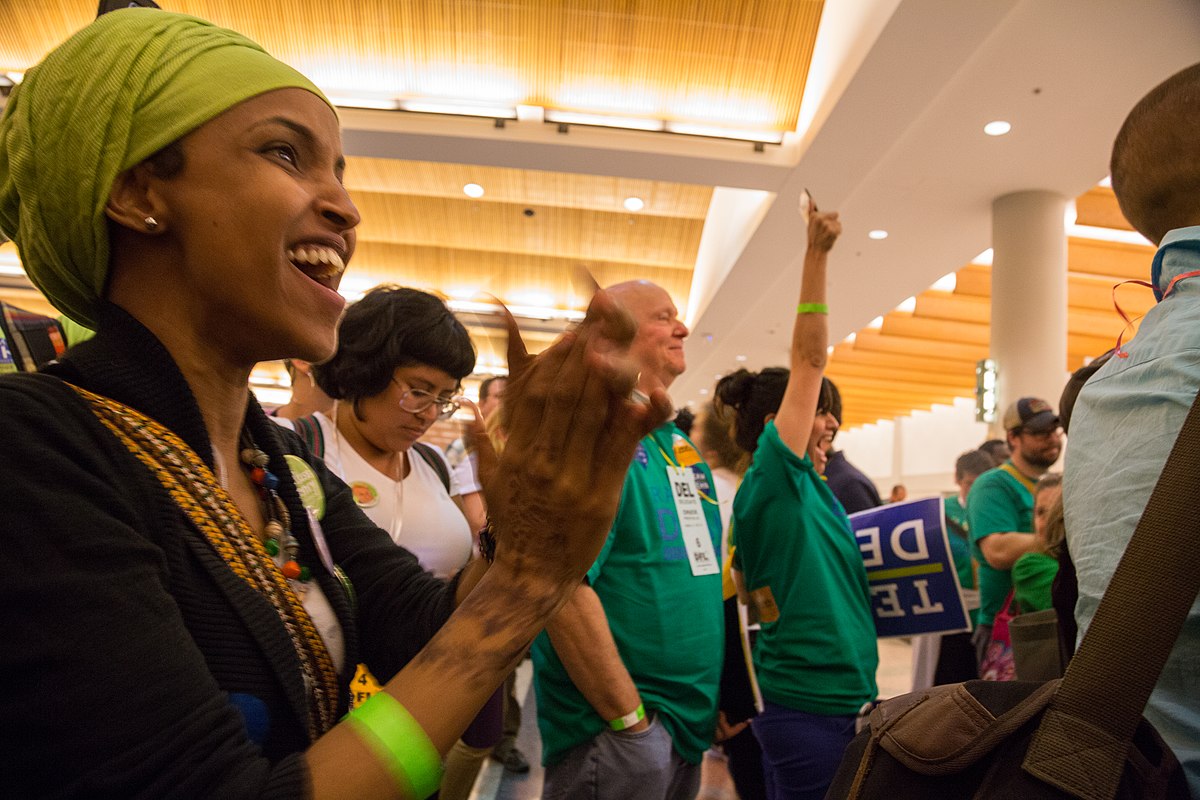 Just what the White House needs: A Palestinian-American radical to carry water for CAIR, rationalize suicide bombing, and promote every radical Muslim and Palestinian cause.

Joe Biden’s named just such a person, Reema Dodin, to his White House staff. Her job is to liase with Congress, and she’s got a highly establishmentarian resume — Council on Foreign Relations, Truman National Security, Aspen Socrates, and the like. Which is weird stuff for someone who’s supposed to kibbitz with the likes of Mazie Hirono, Alexandria Ocasio-Cortez, Ilhan Omar, Eric Swalwell, Sheila Jackson Lee, and other low-I.Q. members of the legislative body. She’s quite effective though, having written a book about Congress’s ins and outs and how to manipulate them. She’ll have Rep. llhan Omar eating out of her hand.

Because according to the Jerusalem Post, which is one of the few media outlets to notice, she’s all in for rationalizing suicide bombings:

Reema Dodin, a Palestinian-American, will serve alongside Shuwanza Goff as a deputy director of the White House Office of Legislative Affairs, president-elect Joe Biden announced on Monday. Dodin will be the first Palestinian-American to serve as a White House staffer, according to Palestinian media.The new White House staffer was born to Jordanian-Palestinian immigrants in the US. Dodin’s family is originally from Dura, near Hebron, according to Palestinian media.According to the Jerusalem Post, here’s a whiff of that: During the Second Intifada in 2002, Dodin spoke about the Palestinian-Israeli conflict with residents of Lodi, California, saying that “suicide bombers were the last resort of a desperate people,” according to the Lodi News-Sentinel. In 2001, Dodin took part in a demonstration at UC Berkeley calling for the university to divest from Israel, according to the Berkeley Daily Planet, a local news publication. The demonstrators compared Israel to apartheid South Africa. And far from this being a ‘mistakes-of-my-callow-youth’ foolish statement, rationalizing suicide bombing terrorists has guided her career wherever it went. KeyWiki, an encyclopedia of leftist radicals and their networks, has her record as this:

The key staffer, Reema Dodin, is in regular contact with the Council on American Islamic Relations. She is a Palestinian rights activist who organized anti-Israel rallies at the University of California at Berkeley as a student. Dodin was also a member of the Muslim Student Association.

Dodin was cited in the book “Muslim Mafia” as one of the moles who had cultivated contacts inside the offices of key Democrat leaders. In fact, CAIR has her listed as a reliable source in their rolodex. Her boss, Sen. Durbin has been a long-time supporter of CAIR – and has helped raise funds for this terrorist-linked group.

It was Dodin who recommended the top witness for the March 29 hearing – fellow San Francisco-area activist Farhana Khera. He is founder of Muslim Advocates, an organization that has sued the Department of Justice to force it to disclose the FBI’s undercover operations to disrupt terrorist activities inside radical mosques. Muslim Advocates also advises Muslim witnesses or suspects to not talk to the FBI.[1]A deeper dive into that Muslim Mafia stuff was done by World Net Daily in 2011: Dodin, 30, went on to justify violent jihad.

“Islam does teach that you must defend yourself,” she said. “You cannot lie down and allow yourself, your home, your property, your family, and your people to be consistently oppressed.”

At the same time, she condemned U.S. strikes against the Taliban and al-Qaida in Afghanistan, complaining that the military was “just going to hit innocent civilians,” according to the explosive book “Muslim Mafia: Inside the Secret Underworld That’s Conspiring to Islamize America.”

Terror expert Steve Emerson suggested Dodin, who he says sends out emails reflecting the Egypt-based “Muslim Brotherhood’s views in the U.S.,” is acting as an agent of influence for the Brotherhood’s operations inside America and should be fired from her congressional post. She’ll undoubtedly be dispatched to cut deals with Congress’s most radical Muslim-centric members on the far left — Reps. Rashida Tlaib, Ilhan Omar, the rest of the squad, and their supporters.  So much for the Biden administration being ‘moderate.’ This person is as radical as they come. If this is ‘moderate’ which does Biden consider ‘extremist’?