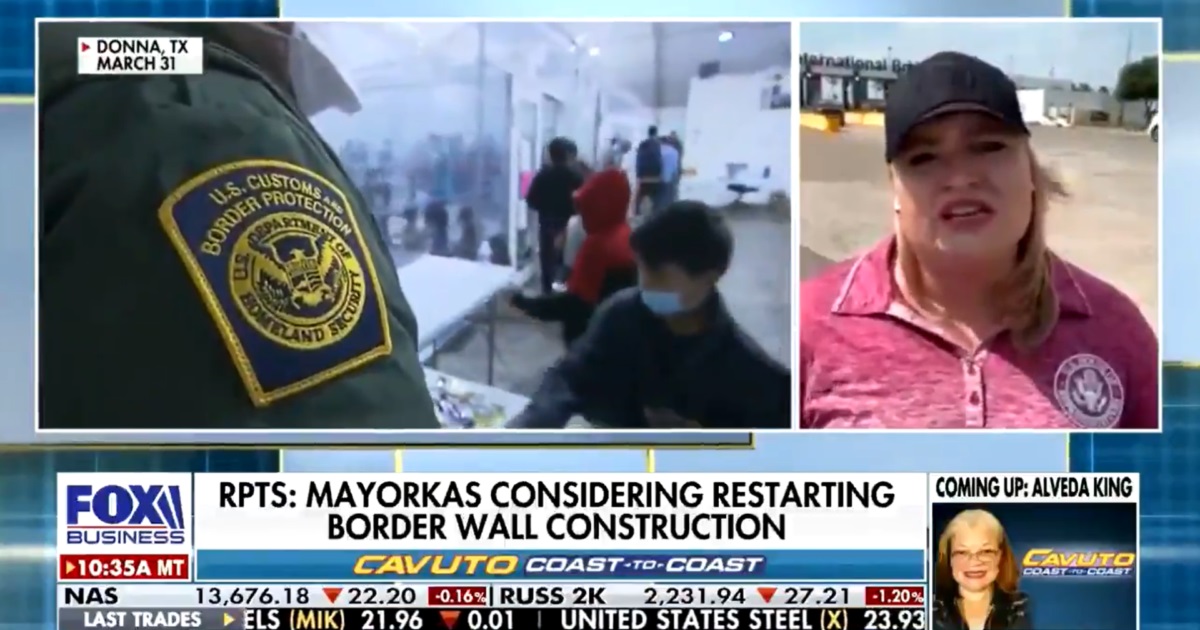 Florida Congresswoman, Kat Cammack took a moment to recount some startling details about the human trafficking crisis that is really going on at the US-Mexico border.  And it is truly heartbreaking and frightening.  As you watch the footage, keep in mind that the Biden Regime knows all of this is going on, and not only continues it, but promotes it and seeks to accelerate it while denying the existence of a crisis.

“I just simply don’t have the words…I saw young children” as young as 3 said Congresswoman Cammack, who visited the Border.

In the interview, Kat tells the story of  a 14-year-old girl who made a 17-day trek from Guatemala with the drug and human trafficking cartel:

“She was having trouble communicating.  Here voice was so hoarse…because she had lost her voice screaming because she had been gangraped.  This was a 14 year-old girl.”

It should be noted that in the state of Tlaxala, Mexico, the age of consent is somehow only 14 years old.  Can you believe this?  Is this the part of the Mexican culture we want to be bringing to America?  Can such a culture ever assimilate into American society en masse?  Shouldn’t we be vetting these people?  Why is Joe Biden flooding this country with hundreds of thousands of unknown illegal aliens without any care for their culture or criminal propensity or ability to assimilate without being a burden to society?

“If you are a cartel member, it is a great day in America, because you are making so much money off of the backs of these children.” Said Cammack.  “And if you are 6 years old and younger, you are being trafficked back and forth across this border” as a cover to launder illegal immigrants through our country.

There has been an explosion of human trafficking that includes violent and often sexual abuse of minors, women, and minorities by the cartels and criminals within these caravans and border camps.  This has led Cammack and many other to dub Biden as “The trafficker in chief at this point.”

And, there is 0 accountability on the part of officials and 0 amount of fear or respect by the traffickers and illegal aliens.

“Unaccompanied minors walked right up to us” because “they knew they would be processed.”   “Facilities that are meant to house maybe 200” are being forced to hold thousands.

In fact, the traffickers and illegal aliens openly mocked Americans because they have been told by the cartels and the Biden administration that there will be no consequences for their behavior and their breaking the law.  They are constantly “making jokes saying “you can’t do anything!” and walking right on by.

The crisis at our border is out of control and Joe Biden has become the ‘trafficker-in-chief’.

I joined @FoxBusiness from the Southwest border to discuss the dangerous immigration policies America is facing and the abhorrent conditions in McAllen, TX. pic.twitter.com/YkyDli3Y0P