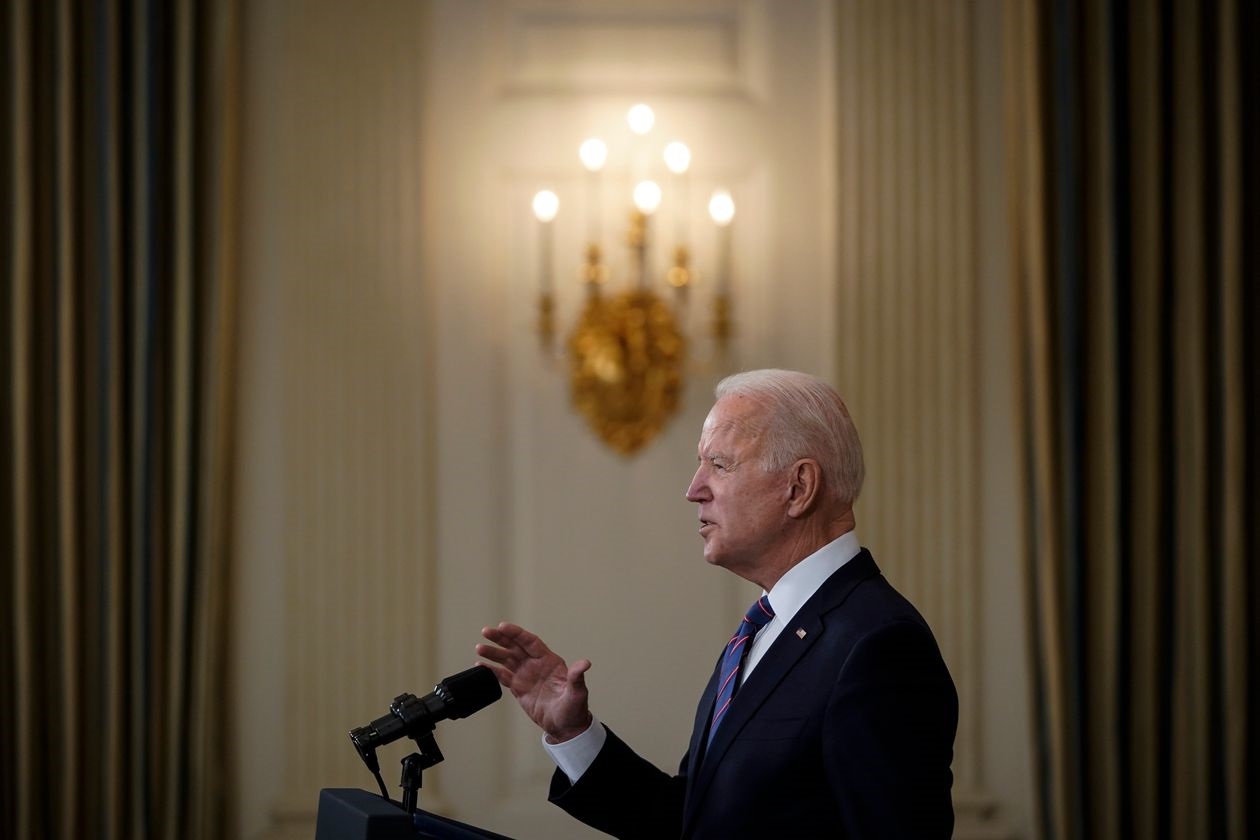 Decision comes after criticism over executive order that scrapped restrictions imposed by Trump administration but left the annual limit at 15,000

In a reversal, President Biden will increase the cap on refugee admissions for the rest of this fiscal year by May 15, the White House said late Friday, after an executive order keeping it at a record low of 15,000 earlier in the day drew swift political backlash from progressives.

The initial order, which the White House announced midday Friday, eliminated restrictions the Trump administration had put in place concerning which types of refugees qualify under the cap, but left the limit at 15,000 refugees for the year ending Sept. 30.

In February, Mr. Biden had promised to raise the cap to 125,000 for the next fiscal year, and that he would make a “down payment” toward that goal for the current year. The order signed Friday surprised many in his party.

“Completely and utterly unacceptable,” said Rep. Alexandria Ocasio-Cortez (D., N.Y.) in a tweet after the executive order was announced and before the later statement. “Biden promised to welcome immigrants, and people voted for him based on that promise.”

Before the initial signing, a White House official said that the administration hadn’t ruled out increasing the cap this fiscal year and would revisit the issue once the 15,000 cap was reached. Later in the day, following a wave of criticism, the White House said that Mr. Biden would set a final, increased refugee cap for the remainder of the fiscal year by May 15.

A group of House Democrats, led by Rep. Ilhan Omar (D., Minn.), a Somali refugee, had sent a letter to the White House earlier Friday asking for the president to lift the cap on refugee admissions. Sen. Dick Durbin (D., Ill.) said on Twitter: “Say it ain’t so, President Joe. This is unacceptable.”

The change comes as the administration grapples with a surge of migrants at the southern border, with migrant arrests in the region reaching a 15-year high. The administration’s response has been met with criticism from both sides of the aisle.

Former President Donald Trump and some Republicans had previously said the influx of refugees should be curtailed in part because of the increasing number of asylum requests at the southern border that have the potential to burden the immigration system.“

The Biden administration knows that they are taking on huge amounts of water politically because of the raging border crisis, and that is the only way to understand and contextualize the decision to keep President Trump’s ceiling in place for the remainder of the fiscal year,” said Stephen Miller, who served as Mr. Trump’s top immigration adviser, on Friday before the White House announcement that it would increase the cap. “It is a really significant promise broken for Biden.”

The new executive order lifts requirements that refugees coming within the 15,000 limit fit one of several categories, including Iraqis who aided the American military, Central Americans and people fleeing religious discrimination, a category that primarily admitted Christian refugees.

It will revert to the previous system, in place from the refugee program’s creation through 2019, that divides the overall allocation of refugee slots by region.“

We intend to use all 15,000 slots under the new Emergency Presidential Determination and will closely monitor progress toward that end,” a White House spokesman said.

The refugee system is run separately from that for asylum seekers. Refugees flee their home countries and go through security and medical vetting before they are permitted to relocate to the U.S., where they receive resettlement aid through religious and other nonprofit organizations. Asylum seekers must meet the same standard of political, religious, ethnic or other persecution, but they make their claims once they reach U.S. soil.

Mr. Biden had hesitated to sign the presidential determination as the numbers of migrants illegally crossing the U.S. border with Mexico to seek asylum increased, fearing the two situations could be conflated, according to two people familiar with the matter.

The Office of Refugee Resettlement, which runs a network of child-welfare shelters to house unaccompanied minors, has exhausted its $1.3 billion budget for this year as it copes with record numbers of migrant teenagers and children, according to three people familiar with the matter. To continue paying for the expanded number of beds, the agency is dipping into money meant to help resettle refugees as well as an $850 million supplement that was part of the Covid- aid legislation passed last month.

The Trump and Obama administrations also both transferred funds from the refugee program to help cover costs of housing unaccompanied minors.

Since early February, Mr. Biden had been facing pressure to act from some Democrats, refugee advocates and religious organizations after the White House and the State Department, which runs the refugee program, had settled on raising the cap through the rest of this fiscal year to 62,500. The cap applies only to the number of refugees who are allowed to actually enter the U.S. in a given year, though approvals can exceed that number.

The White House notified Congress of its intent to do so on Feb. 12, a move that typically precedes enactment of a plan by hours or days. The notification cited an emergency refugee situation, detailed in a State Department report laying out the specific humanitarian dangers in more than a dozen countries and providing a breakdown of the increased allowance by region.

But Mr. Biden didn’t issue a formal document increasing the cap, leading the State Department, which coordinates refugee flights with resettlement agencies, to book flights for about 700 refugees the day after the notification, only to cancel them suddenly, according to officials at resettlement agencies that work with the government.

Scott Arbeiter, president of World Relief, one of the nine refugee resettlement agencies in the U.S., said that while he was glad to see some change in the policy, keeping the overall cap at 15,000 isn’t nearly enough.“

The reality is it is a break from our historic norms, it’s a break with the president’s stated intentions and commitments, and most importantly it fails to keep our historic commitment to some of the most vulnerable people in the world,” Mr. Arbeiter said in an interview.

The delay in travel to the U.S. affected Congolese refugees in particular, according to resettlement agencies and refugee advocates. That is because, in addition to lowering the overall cap, most African and Muslim refugees approved to come to the U.S. didn’t qualify in the subcategories established by the Trump administration.

Mr. Biden’s initial proposal set regional allocations that would favor Africa, reserving 7,000 slots for the continent, 1,000 for East Asia, 1,500 for Europe and Central Asia, 3,000 for Latin America and the Caribbean and 1,500 for South Asia.

Refugee advocates had projected that, with the Trump-era subcategory caps in place, the Biden administration would have been able to admit only 4,100 refugees through September, the end of the fiscal year.