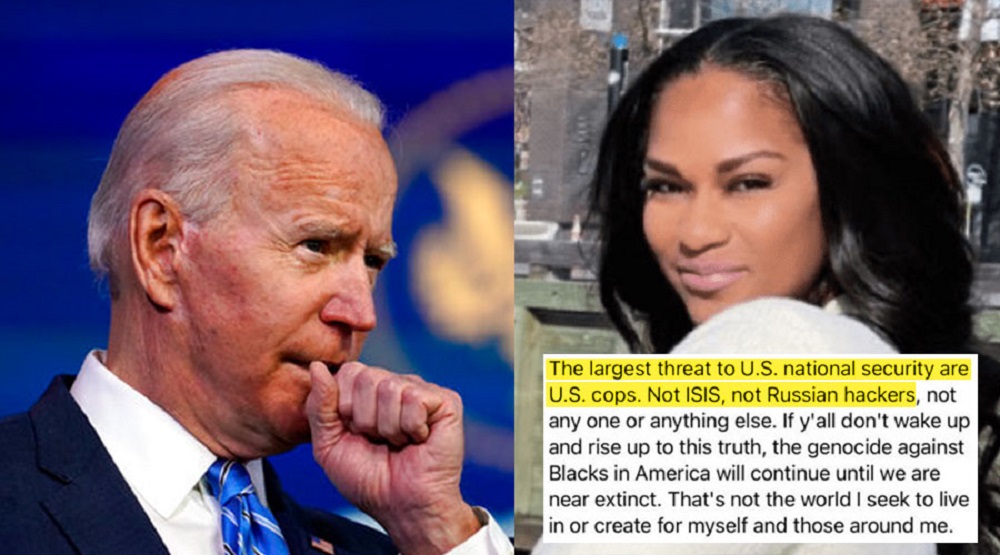 There are those who support Black Lives Matter as an idea. Then, there are those who have embraced the radical ideology of the BLM movement. Joe Biden’s news spokeswoman at the State Department is even among the most unhinged in the group.

In September 2016, the US State Department’s new spokesperson, Jalina Porter, posted on Facebook about her hatred for law enforcement and how she considered them to be more of a national security threat than ISIS or Russian hackers.

This is an official in Biden’s State Dept pic.twitter.com/9h1Ro5T6wj

“The largest threat to U.S. national security are U.S. cops,” Porter said, as reported by The Washington Free Beacon. “Not ISIS, not Russian hackers, not anyone or anything else.”

“If ya’ll don’t wake up and rise up to this truth, the genocide against Blacks in America will continue until we are near extinct,” Porter said. “That’s not the world I seek to live in or create for myself and those around me.”

The notion that Joe Biden is a “moderate” was easily debunked before the election, but many hopeful Democrats and Independents failed to see it. Now, they’re seeing first hand that he’s surrounding himself by far-left extremists.