Biden Under Investigation: Border Executive Order May Be Illegal 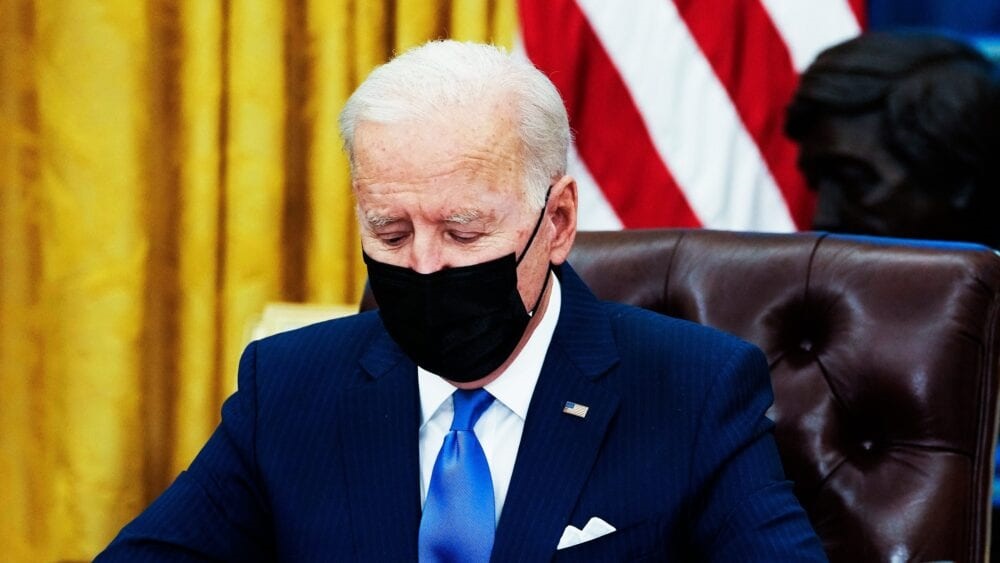 President Joe Biden is under investigation because it appears that his executive order to stop the border wall may have been illegal.

The Government Accountability Office (GAO) is investigation Biden order to stop building the border wall which was signed on his first day in office.

Last week, 40 Senate Republicans called out Biden for creating a humanitarian disaster at the southern border.

“In the weeks that followed, operational control of our southern border was compromised and a humanitarian and national security crisis has ensued,” the senators wrote in a letter to the GAO.

THE GOVERNMENT ACCOUNTABILITY OFFICE IS LAUNCHING A REVIEW TO DETERMINE WHETHER THE NEW PRESIDENT BROKE THE LAW BY FREEZING THE MONEY IN VIOLATION OF BUDGET RULES DESIGNED TO KEEP CONGRESS IN CONTROL OF THE CASH FLOW, THE FEDERAL WATCHDOG CONFIRMED THIS WEEK.

“He was in the Congress a long time,” Blunt said in an interview. “He knows it’s the Congress’ job to authorize how the money is spent and the president’s job to spend it efficiently.”

Senior Department of Homeland Security official admitted that Biden’s decision to pause the border wall is costing $6 million per day.

Despite Biden pausing the building of the border wall the federal government is required to pay for the required materials, expenses for the cost of equipment not being used, and rental expenses.

Biden also received more bad news, polls are showing that Americans (from both parties) are holding him responsible for the mess at the border and do not support amnesty.

How should we handle the illegal alien population – amnesty/residency w/o citizenship/deport all of them (Change since Jan.)