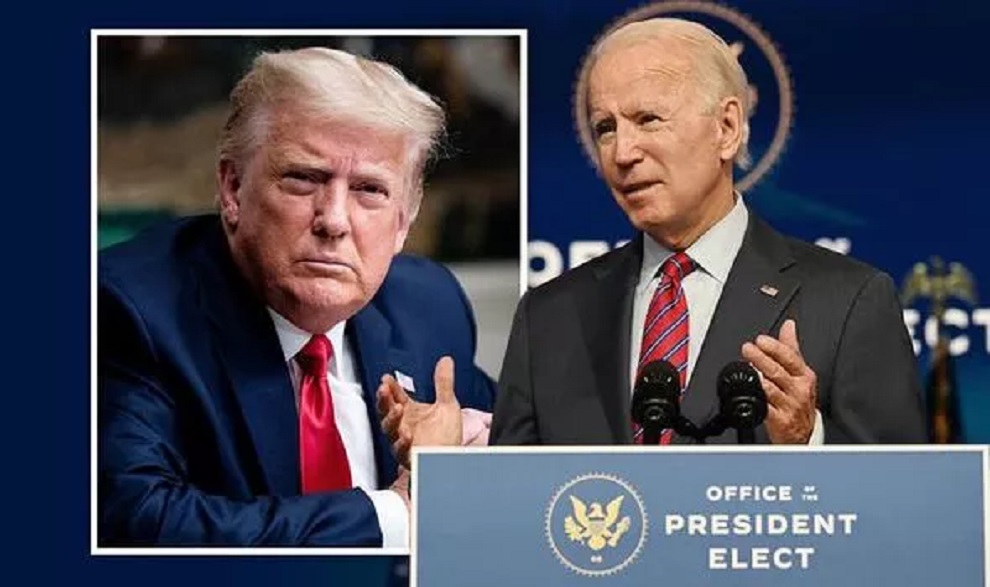 An independent human rights organisation has claimed that it has identified more than a million instances of potential fraud in five key states in the US Presidential election to support legal challenges to the presumptive victory for Joe Biden.

The Amistad Project of the Thomas More Society, which is a non-party political and not officially affiliated Trump campaign, has filed its latest motion in Arizona which Mr Biden won by just 10,477 votes. The group came to prominence when it put Facebook founder Mark Zuckerberg at the heart of its last challenges last month making allegations that massive donations he made to the Center for Tech and Civic Life (CTCL) was linked to funding voter fraud. According to expert data analysis for the Amistad Project more than 200,000 illegal votes were potentially cast for Mr Biden in the state while 100,000 legal ballots were not counted.

The allegations of fraud have been denied by the Biden team, Democrats and state officials, while on Friday legal challenges by the official Trump team in Nevada and Michigan were rejected by the courts.

But according to the independent Amistad Project, the data, compiled and analysed over the course of “weeks of rigorous investigation”, show that the total number of illegal ballots counted and legal ballots not counted likely exceeds 300,000 votes — 30 times more than the number of votes separating the presidential candidates.

In five closely fought states, including Arizona, Michigan and Pennsylvania, where the Amistad Project is challenging reported results, it claims its investigators have identified over a million instances of potential fraud.

“The number of potentially fraudulent ballots we’ve identified in Arizona is over 30 times greater than the margin separating Donald Trump and Joe Biden,” said Phill Kline, director of the Amistad Project.

“This is what happens when private interests are allowed to create a two-tiered election system unaccountable to the public.”

The Amistad Projects filed its complaints in Maricopa County, Arizona, which it claims received nearly $3 million from the CTCL, which received $350 million earlier this year from Mr Zuckerberg.

According to the complainant, this violates Arizona law, which does not allow election funding from sources other than taxation or federal grants.

Those advantages were not available to voters in counties that did not receive private financing.

The Amistad Project argues that the violations outlined in the litigation deprived voters of due process and equal protection, and rendered the results of the election null and void.

The latest challenge follows the Amistad Project unveiling a number of whistleblowers last week who have signed legal documents saying they are willing to testify to instances of voter fraud and running fraudulent votes across state lines.