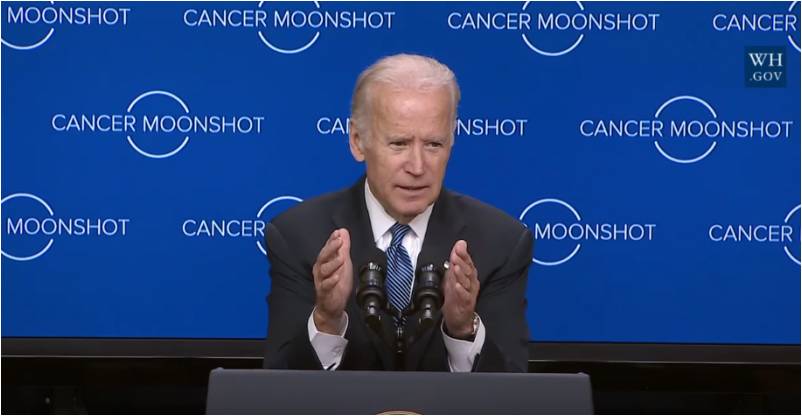 A cancer charity created by presumed president-elect Joe Biden failed to allocate a single dollar for medical research, according to media reports, with most of the group’s cash going towards generous salaries.

Federal tax filings reveal that the Biden Cancer Initiative, founded in 2017 by the former vice president and his wife Jill, did not distribute grants during its first two years of operations, the New York Post reported. The charity, created after Biden’s oldest son, Beau, died from brain cancer in 2015, states that its mission is to “develop and drive implementation of solutions to accelerate progress in cancer prevention, detection, diagnosis, research and care.”

According to the Post, Biden’s charity raised $4,809,619 in contributions in fiscal years 2017 and 2018, spending $3,070,301 on salaries in those two years. Gregory Simon, a former Pfizer executive and healthcare lobbyist who was tapped to serve as the organization’s president, took home $429,850 in the 2018 fiscal year, nearly doubling his salary from the year before. Like Biden, Simon was a member of the Obama administration, spearheading the White House’s cancer task force.

Travel expenses also ballooned between 2017 and 2018, despite the organization never having made a financial contribution towards cancer research. The group had previously claimed its main focus was making cancer treatment more affordable and accessible, as opposed to raising funds to find a cure.

After only two years, the charity “paused” its operations when Biden and his wife stepped down for Joe Biden’s presidential run.

The Biden Cancer Initiative halted its activities in July 2019, after Joe Biden stepped down to focus on his presidential candidacy. Although technically still active, it has gone into deep hibernation, with Simon acknowledging in a 2019 interview that, without Biden’s participation, it has become “increasingly difficult to get the traction we needed to complete our mission.”

The NY Post’s story caught the eye of US President Donald Trump, who retweeted it without comment.

Trump has previously described the Biden family as a “criminal enterprise,” and said the former vice president’s alleged involvement in shady deals with foreign companies show Biden is a “corrupt” politician. The Post ran a series of stories suggesting Biden may have been linked to a questionable business arrangement with a Chinese firm, based on emails and messages purportedly taken from a hard drive that once belonged to his son Hunter. Hunter’s former business partner later confirmed that the emails were genuine and the former vice president was intimately involved in the scheme. Biden dismissed the Post’s reporting as an attempt to “smear” his son.