Biden’s Insane Executive Order on Climate Change Gave China Access to the US Grid – Suddenly There’s an Energy Crisis In Texas – Any Relationship? 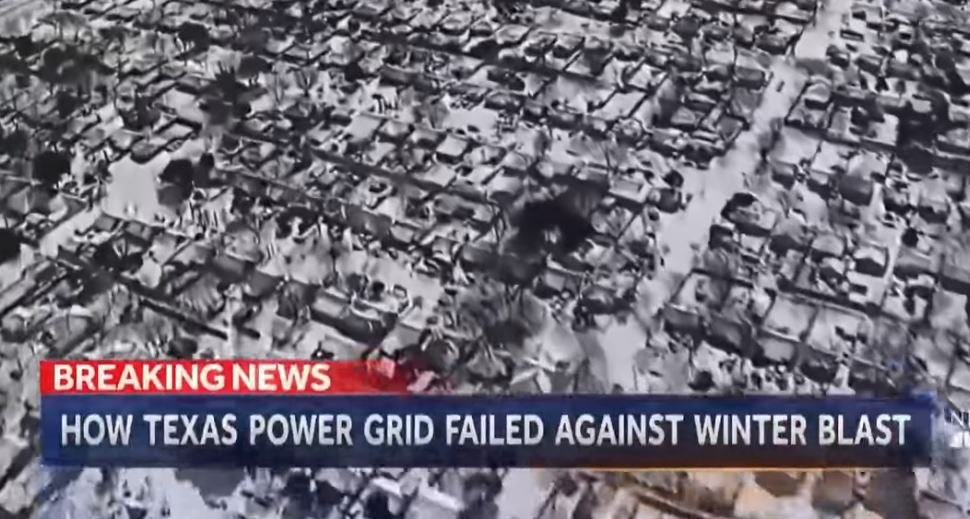 On Joe Biden’s first day in office, he signed an Executive Order (EO) that led to Texans literally freezing to death this past week.  Biden claimed his actions were to protect the climate but they helped China and made America less secure.

On his first day in office, Joe Biden signed a number of EOs.  This was made possible by the Barr DOJ.  Bill Barr was fast-tracking Biden’s EOs while he was slow-walking President Trump’s.

Barr enabled Biden to be able to sign his EO on climate his first day in office.

The Executive Order on Protecting Public Health and the Environment and Restoring Science to Tackle the Climate Crisis said in its first paragraph of Section 1 (emphasis added) :

Where the Federal Government has failed to meet that commitment in the past, it must advance environmental justice. In carrying out this charge, the Federal Government must be guided by the best science and be protected by processes that ensure the integrity of Federal decision-making. It is, therefore, the policy of my Administration to listen to the science; to improve public health and protect our environment; to ensure access to clean air and water; to limit exposure to dangerous chemicals and pesticides; to hold polluters accountable, including those who disproportionately harm communities of color and low-income communities; to reduce greenhouse gas emissions; to bolster resilience to the impacts of climate change; to restore and expand our national treasures and monuments; and to prioritize both environmental justice and the creation of the well-paying union jobs necessary to deliver on these goals.

Of course, this is a total sham.  Best science?  The integrity of Federal decision-making (code for destroying President Trump’s decisions of integrity)?  Communities of color (in a climate change EO)?  Environmental justice?  Union jobs?  Really, what the hell.  [No one voted for this garbage and Democrats stole the election to push this through.]

Hidden towards the bottom of the EO, is a clause about China.  It turns out that the same day Biden shut down the Keystone Pipeline, he also lifted the security on our power grid for 90 days (Trump’s EO the year prior secured our power grid by giving China no access.)

(c) Executive Order 13920 of May 1, 2020 (Securing the United States Bulk-Power System), is hereby suspended for 90 days. The Secretary of Energy and the Director of OMB shall jointly consider whether to recommend that a replacement order be issued.

This was just a small little paragraph tucked away in one of Biden’s EO’s the first day he was in office under the umbrella of “restoring science to tackle the climate crisis”.  Of course, science and climate crisis are polar opposites.  Looking over the EO, there appears to be nothing that benefits the United States of America which begs the question, who wrote and approved this mess?

What prompted Trump’s EO was a report from the Department of Energy dated 2014 (the Obama years) that found:

Trump said the following when he initiated his EO (emphasis added):

“[F]oreign adversaries are increasingly creating and exploiting vulnerabilities in the United States bulk-power system, which provides the electricity that supports our national defense, vital emergency services, critical infrastructure, economy, and way of life. The bulk-power system is a target of those seeking to commit malicious acts against the United States and its people, including malicious cyber activities, because a successful attack on our bulk-power system would present significant risks to our economy, human health and safety, and would render the United States less capable of acting in defense of itself and its allies,” Trump said in explaining why he wanted to keep foreign equipment out of the nation’s power grid.

The remaining supply was provided by foreign entities, mainly China.  President Trump recognized that American security and independence relied on certain products being manufactured in the US.

As of January 16, 2021, then-Secretary of Energy Dan Brouillette issued a “prohibition order designed to reduce the risks that entities associated with the People’s Republic of China pose to the Nation’s BPS.”

“The order prohibits utilities that supply critical defense facilities (CDF) from procuring from the People’s Republic of China, specific BPS electric equipment that poses an undue risk to the BPS, the security or resilience of critical infrastructure, the economy, national security, or safety and security of Americans,” a press release adds.

But then four days later, Biden stopped these actions, promoting US safety and security and conservatives spoke out:

Biden and Obama don’t seem to care about made in the USA.  It’s shocking that Biden would want to remove these protections from China and other countries and allow them back into the US market.  But that’s what he did with his climate change EO.

Biden allowing the CCP into our power grid is the real impeachable offense.

Suddenly this past week we have an energy crisis in Texas.   Is there any relationship between Biden’s EO and this?  We’ll never know.