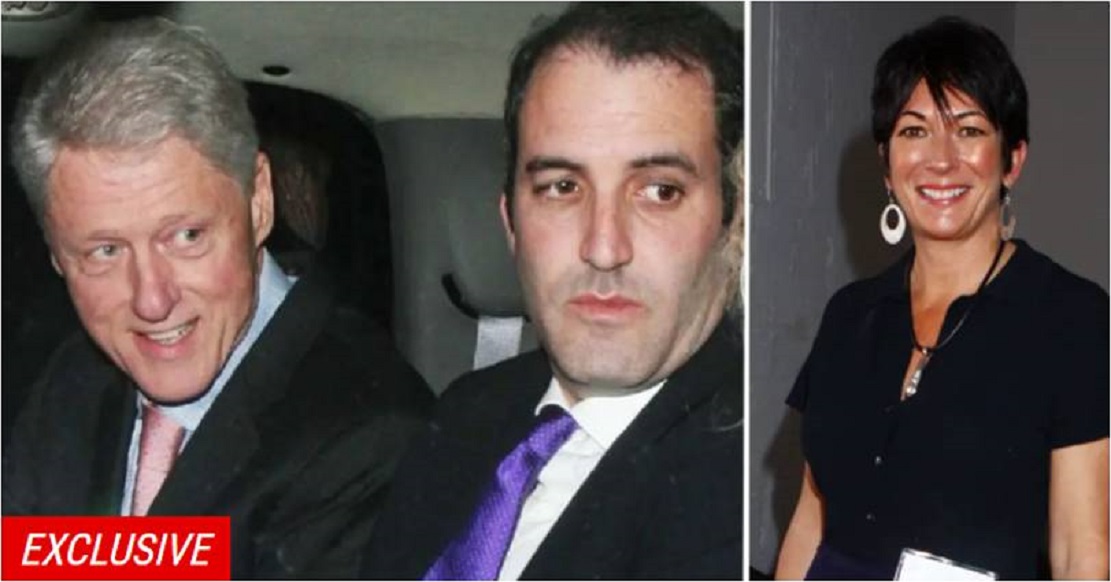 The notoriously tight-lipped Band, 48, stunned Clinton world by agreeing to an interview with Gabriel Sherman for Vanity Fair‘s December issue.

In addition to detailing his ties to Epstein and Maxwell, he also confirmed that the 42nd president of the United States visited Epstein at his hedonistic compound in the Caribbean — known to many as “Pedophile Island.”

Clinton travelled to Little St. James With Epstein in January 2003, according to Band — just a few months after the two men spent 10 days touring Africa.

The timing of Band’s interview was a bit confounding; it landed a week after his juicy tell-all hit newsstands and he later announced that he was stepping down from the consulting firm he founded to devote more time to his family, teaching, and some private investing projects.

Radar has now learned that is was also around this time that Clinton’s “bagman” for close to two decades spoke with criminal investigators from the Southern District of New York.

This makes him the first Epstein/Maxwell associate who is known to have cooperated with authorities in the most recent probes into the accused pedophiles.

Band became fast friends with Epstein and Maxwell back in 2002, a time when he was at the height of his powers due to his role as the key architect of Clinton’s carrier post-White House.

Band first showed up on Epstein’s flight manifest in March of that year, when he flew from John F. Kennedy Airport in New York to London with his boss, Epstein, Maxwell, Sarah Kellen, and three secret service agents.

Kellen would later be identified as both a recruiter and a victim of Epstein, but unlike most victims, she was over the age of 18 when she first met the pedophile.

Tour For The First Time: Inside Bill Clinton Pal’s ‘Lolita Express’ — The Pedophile Billionaire’s Sex Jet He Flew On 11 Times

They were joined for that trip by an additional seven secret service agents and Band’s one-time girlfriend, British supermodel Naomi Campbell.

Later, Band and Clinton flew around Asia with Epstein, country hopping from Japan to Hong Kong, China to Singapore and to Thailand over the course of four days.

The men did not stay on with Epstein as he then travelled to Brunei, Indonesia, Sri Lanka, and Dubai. Kellen and Maxwell again joined the men.

The most infamous of these trips however came in September of 2002, when Band joined Epstein and Clinton as they made their way through Africa.

Much has been made of the fact that Hollywood stars Kevin Spacey and Chris Tucker were also on that trip, but it is likely the four other guests who were of interest to federal prosecutors: Kellen, Cindy Lopez, Chauntae Davies, and Andrea Mitrovitch.

Davies, though not underage, was another of Epstein’s victims. She would eventually recruit her younger sister for the pedophile and grew close to Clinton on the trip as evidenced by a photo of her provicing the former leader of the free world with a shoulder massage during an airport layover.

Mitrovitch was a ballerina who was in her very early twenties, at the time. She too made a memorable impression on Band and his boss, as just a few years later she went on to work with her new friends at the Clinton Foundation.

Lopez was the youngest of the four women on the trip, and would become a fixture on Epstein’s flight manifests in the years after this trip.

Band has claimed that he spent years begging the Clintons to cut ties with Maxwell after Epstein’s arrest, but to no avail.  He also has no issue cozying up to Maxwell at a party on Valentine’s Day 2007 in New York.

Hillary and Bill’s daughter, Chelsea, in particular, grew close to Maxwell, with Band noting: “Ghislaine had access to yachts and nice homes. Chelsea needed that.”

There were certainly plenty of opportunities for Band to speak with officials about Epstein in recent years. What’s more, there is no love lost between the two men after their very acrimonious split back in 2015.

He met with former Secretary of state Mike Pompeo in September 2019 to discuss a possible post in President Donald Trump’s administration — and on July 11 of that same year registered as a foreign agent with the Justice Department — just days after Epstein’s arrest.

That registration was tied to his work in Saudi Arabia on Neom, the $500 billion effort to build a new city in that country that is being spearheaded by Saudi Crown Prince Mohammed bin Salman.

That is the same country Epstein — the convicted sex offender and wealthy financier who was found dead in a Manhattan federal jail cell — was discovered to have entered multiple times using a fake passport.

It is unclear however if Band was being altruistic or if officials forced him to come in and speak with prosecutors. He was one of the 70 people named by Virginia Roberts in a 2016 court filing that named people who said had knowledge or might have knowledge of Epstein’s sex trafficking.