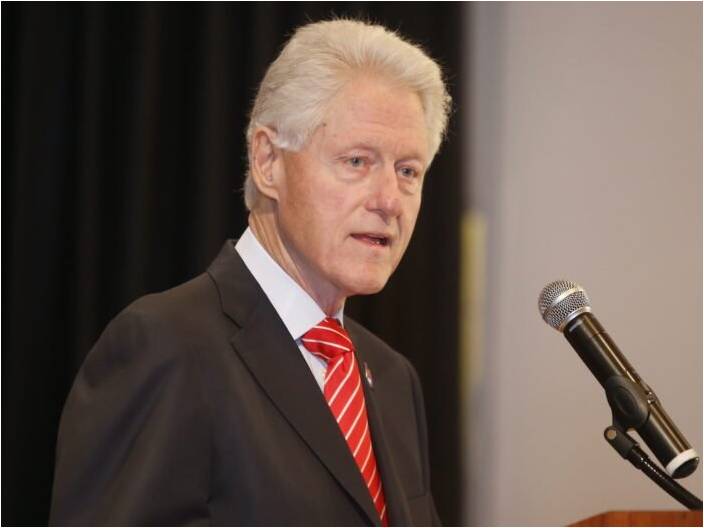 Former President Bill Clinton has remained in the eye of the tabloids like few of his predecessors ever did. He and Hillary Clinton are frequently at the center of health and divorce stories and speculation. Here are some rumors Gossip Cop has investigated about the Clintons.

According to an issue of The Globe from October 2019, Bill Clinton was a “walking skeleton” battling Parkinson’s disease. A source said, “I believe he is not long for this earth. He’s dying.” Facing an inquiry in the Jeffrey Epstein scandal could cause him to suffer a heart attack on the spot, the magazine argued.

There were loads of issues in this story that Gossip Cop cleared up, including the fact that Bill does not have Parkinson’s. Since the former president is still alive and well, this was obviously false.

Not Long To Live

About 10 months later, the Globe tried this story again. Bill Clinton was now reportedly dying of cancer instead of Parkinson’s, and the same former aide was quoted as saying that Bill was “going down fast.” This repeated story was impossible to take seriously just because it was a near-exact copy of the old bogus story. The tabloid used some carefully selected photos to make Clinton look worse off than he actually is, but there was no accuracy to be found.

According to Star, Bill Clinton was breaking his silence regarding his association with Jeffrey Epstein. Bill was reportedly “angry at himself for associating” with Epstein, and their relationship was “one of Bill’s biggest regrets.” An insider added, “You would think these stories get easier for them, that they could just brush them off, but they don’t. It gets harder and the hits keep coming.” This was a bait-and-switch of monumental proportions. The cover deliberately made it look like Bill had done an interview discussing Epstein, but the story itself relied only on an ephemeral “family insider.” Only Bill Clinton knows for sure what happened, and he wouldn’t talk to an outlet like this.

The National Enquirer claimed Bill and Hillary Clinton were getting a $250 million divorce over his association with Epstein and Ghislaine Maxwell. A body language expert said, “Looking at the two of them, you would not know they are a couple because of the way their hands are positioned…There is a lot of space between them.” The story went on to cite a series of dubious sources who alleged that Bill Clinton and Maxwell “were getting it on.”

The Clintons’ social media accounts are flooded with happy photos of the couple, so this divorce story was completely made up. Their marriage is doing well, and neither politician is on death’s door. Like all of us, they binge-watched Bridgerton in the pandemic, and he’s got another thriller co-written by James Patterson coming out in June. The Clintons are just fine.