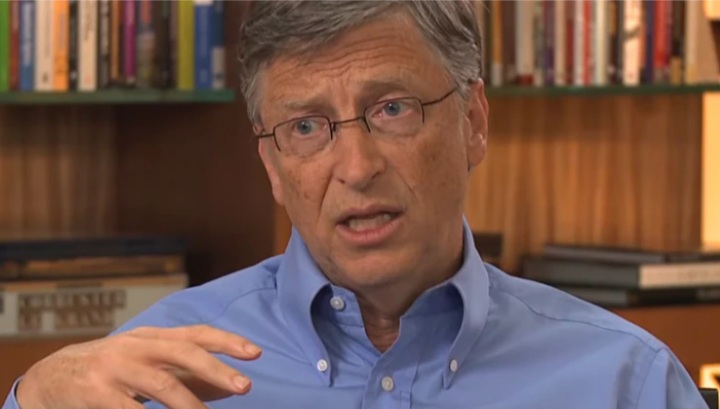 The American ruling class never sleeps and now they’re propping up a new organization to fight so-called “misinformation” and “disinformation.”

Joseph Vasquez of NewsBusters reported that the Aspen Institute Commission on Information is being funded by the likes of billionaire oligarchs such as Bill Gates and George Soros to “fight ‘mis- and disinformation.’”

The Aspen Institute features Katie Couric, a seasoned corporate media mouthpiece, as its co-chair. Vasquez observed that “Couric recently suggested during a segment with HBO host Bill Maher that ‘we’ should ‘deprogram’ people within former President Donald Trump’s cult.’”

In addition, the commission counts on Rashad Robinson, the CEO of Color of Change. Soros financially backs Color of Change, which has been one of the more prominent organizations to lead the push to defund police departments nationwide.

Cybersecurity and Infrastructure Security Agency Director Chris Krebs is another co-chair of the Aspen Institute. For those with short term-memory, Krebs claimed that the 2020 election was “the most secure in history,” a comment which was met with criticism from a senior Department of Homeland Security official.

Vasquez highlighted how much money Gates and Soros have dropped in propping up this organization:

The list of members on the Commission were rather interesting, which Vasquez outlined:

The member list for the Commission was just as revealing as to the nature of its bias. One of the “members” was none other than the estranged liberal Duke of Sussex Prince Harry. Quadrivium Foundation Co-Founder and President Kathryn Murdoch, the climate activist wife of former Fox News heir and fellow eco-activist James Murdoch, was also listed as a member. Quadrivium was listed as a funder behind a leftist organization called Democracy Works. Democracy Works was used to formulate Facebook and Google’s 2020 election strategy. The anti-Trump former Republican Congressman Will Hurd (R-TX) was also on the Commission’s member list.

It’s clear that the ruling class wants to prevent the rise of another Donald Trump. One way they will do so is by policing speech and preventing the rise of individuals and institutions who challenge the regime’s established narrative. To prevent total liberal hegemony, America First must build competing institutions and prop up talented individuals who can challenge the oligarchs’ grand designs. Otherwise, an ineffective response will guarantee a complete consolidation of the liberal regime.