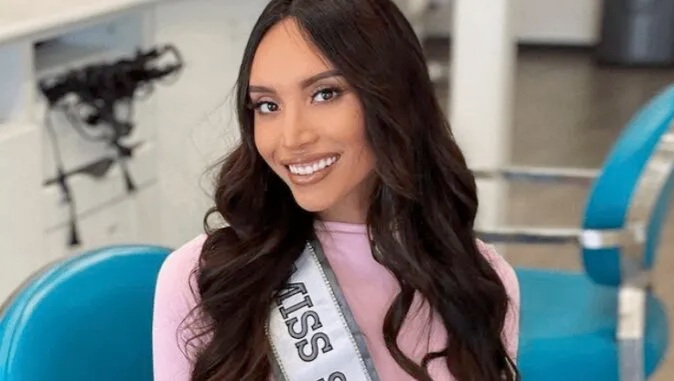 Kataluna Enriquez, a biological male, has won the title of Miss Nevada USA for the first time in the pageant’s history.

Enriquez won the beauty pageant on Sunday at the South Point Hotel-Casino in Las Vegas, which means he will go on to represent Nevada as the first transgender person ever to compete in the Miss USA Pageant on November 29.

Breitbart.com reports: Enriquez beat 21 other contestants in the Miss Nevada USA pageant, according to a report by Associated Press.

In March, Enriquez was crowned Miss Silver State USA, which is described as the “biggest preliminary competition for the Miss Nevada USA pageant.”

The Las Vegas Review-Journal reports that Enriquez first took part in transgender pageants in 2016 while working as a model, and started competing in women’s pageants last year.

Women’s beauty pageants are not the only place where biological males are beginning to dominate.

Chelsea Wolfe, a transgender BMX freestyle rider and U.S. Olympic team alternate — who once said his goal was to win the Olympics so that he could burn the American flag on the podium — has become Team USA’s first trans athlete.

Additionally, a biological male named Laurel Hubbard will become the first trans athlete to compete in the Olympics. Hubbard will compete against biological females, representing New Zealand in an international weightlifting competition.

One thought on “Biological Male Is Crowned Miss Nevada USA”