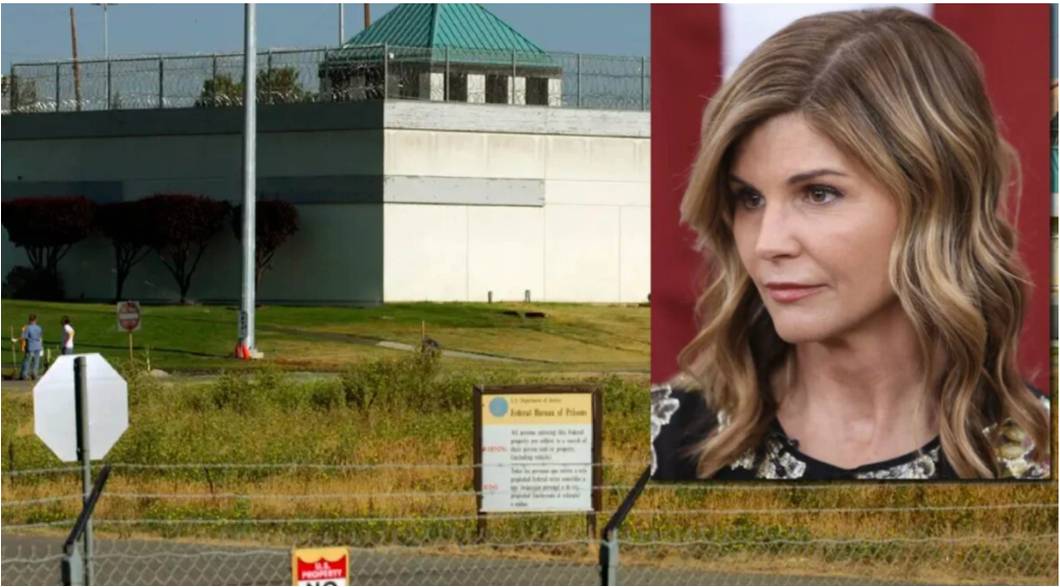 Well, this is an odd look…

Earlier today, that former “Fuller House” star Lori Loughlin was released from prison after serving her two-month sentence for her role in the college admissions scandal. Now, photos have emerged of Loughlin hiding behind a trash bag as she left prison early this morning before sources say she had an emotional reunion with her daughters.

Photos obtained by Daily Mail show Loughlin, 56, emerging from the FCI Dublin in California wearing a black hoodie to cover her head, which was ducked down behind a trash bag that presumably held her belongings. Though guards had previously said that Loughlin was not being given special treatment, she was allowed to exit the prison through a side door that is rarely used.

Lori Loughlin hides behind a trash bag as she’s released from prison ? pic.twitter.com/J4yHZ35hvB

A source told People Magazine that Loughlin then returned to Los Angeles, where she had an emotional reunion with her two daughters, 21 year-old Isabella and 20 year-old Olivia-Jade.

“It’s the end of a very long ordeal,” said the source.

A second insider added that Loughlin “seems beyond relieved that she can put her prison sentence behind her.”

“It’s the most stressful thing she has ever dealt with,” this source said. “She plans on spending New Year’s with Olivia and Bella.”

Now home with her family, Loughlin is looking forward to when her husband, fashion designer Mossimo Giannulli, completes his own prison sentence.

“She is still worried about Mossimo though, and can’t wait to have him home,” the insider explained.

Loughlin was sentenced to two months behind bars earlier this year after she pled guilty to charges related to her paying $500,000 in bribe money to have her two daughters admitted to the University of Southern California as members of the crew team, even though neither girl had ever rowed before. She became emotional during her sentencing while apologizing as she addressed the judge.

“I made an awful decision. I went along with a plan to give my daughters an unfair advantage in the college admissions process and in doing so I ignored my intuition and allowed myself to be swayed from my moral compass,” Loughlin said. “I have great faith in God, and I believe in redemption and I will do everything in my power to redeem myself and use this experience as a catalyst to do good.”

Loughlin had until November 19 to begin her sentence, but she decided to turn herself in early at the end of October.

“She had everything in order, so she decided a couple of days ago to report to prison,” a source said. “She can put this behind her as she goes into 2021.”