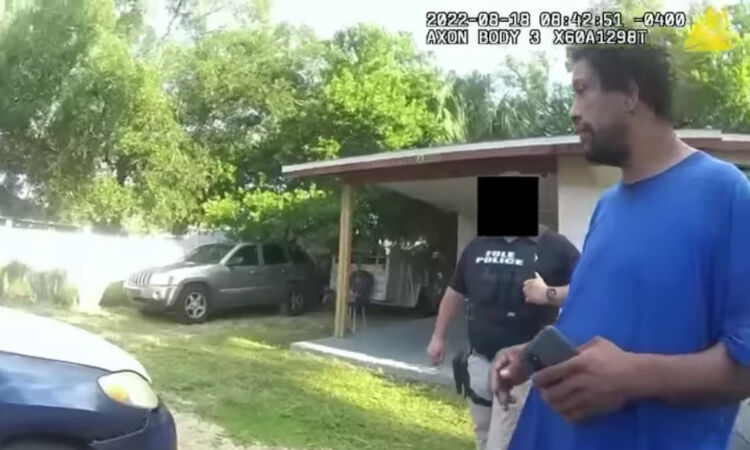 In April, Governor Desantis signed a bill creating the Florida Office of Election Crimes and Security, an election police force. This was instituted as Republicans increased their efforts to crack down on what they believe was widespread fraud after the 2020 Presidential elections. Desantis announced 20 arrests claiming these citizens had illegally voted for various reasons. However, as the Times shows, there has been a lot of confusion, particularly with citizens who claim election officials had told them they were eligible to vote.

Body-worn camera footage recorded by local police captured the confusion and outrage of Hillsborough County residents who found themselves in handcuffs for allegedly illegally casting a ballot following investigations by Gov. Ron DeSantis’ new Office of Election Crimes and Security.
The voters caught in the “gotcha” arrests are former felons, most of them Black.

“Voter fraud? Y’all said anybody with a felony could vote, man,” Tony Patterson said as police arrested him. Patterson was referring to a 2018 state constitution amendment passed by Florida voters that restored the voting rights of individuals convicted of a felony (excluding murderers and sex offenders) once the terms of their sentence had been completed.
Patterson was a sex-offender and wasn’t eligible to vote!

In what was described by opponents as a “pay-to-vote” scheme, DeSantis signed a law in 2019 that prevented this restoration from taking place until the individual had paid off all court-ordered fines. The bill overcame legal challenges, but its caveats and implementation caused confusion amongst those looking to take advantage of their newly restored rights.

This was the second case of illegal voting in two days as the Gateway Pundit reported yesterday in a recent post by Melody Jennings the founder of Clean Elections USA ballot stuffing has already begun in Arizona.

Melody Jennings took to Truth Social and posted a picture of a car with its license plate covered up.

The picture of the mysterious car with its license plate covered up was located outside of a ballot box in Phoenix, Arizona.

After Jennings posted the picture of the alleged ballot stuffer, it garnered thousands of likes and even caught President Trump’s attention.

The 45th president even ReTruthed the post of the car with its license plate blacked out.