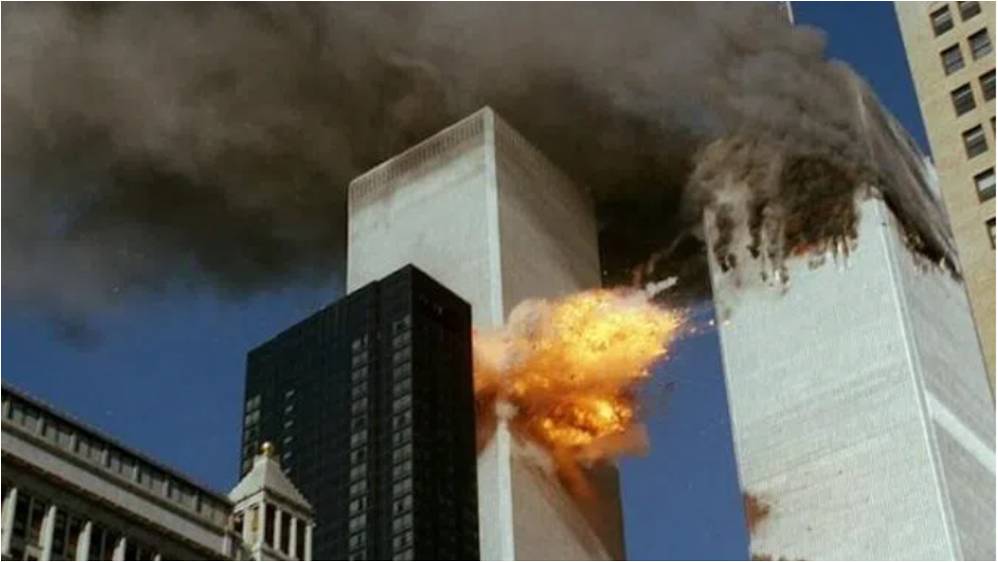 The U.S. government has lied for the last 20 years in stating that the Saudi government had nothing to do with the 9/11 attacks, according to recently declassified FBI memos.

An FBI memo declassified in March, in response to an executive order by President Joe Biden, reported that Omar al-Bayoumi, a Saudi national who met two of the 9/11 hijackers in Los Angeles shortly after they arrived in the US., was receiving a monthly salary from Saudi intelligence. In other words, he was a spy.

According to the FBI memo, dated June 14, 2017, Bayoumi was tasked with gathering information “on persons of interest in the Saudi community” and passing the intelligence to Prince Bandar bin Sultan al-Saud.

“Allegations of Albayoumi’s involvement with Saudi intelligence were not confirmed at the time of the 9/11 Commission Report,” writes an FBI special agent at the bureau’s Washington field office. “The above information confirms those allegations.”

Businessinsider.com reports: A second declassified FBI memo shows that a confidential source told the FBI there was a “50/50 chance” that Bayoumi had advance knowledge of the 9/11 attacks and “assisted two of the hijackers while residing in San Diego.”

The FBI declined to comment. But the revelations appear to undercut the Saudi government’s claims that it had no ties to the 9/11 attacks. While US intelligence agencies have repeatedly concluded that the Saudi government as a whole had no advance knowledge of the 2001 plot, they have flagged specific Saudi agencies and members of the royal family as having ties to Al Qaeda. Last year, newly declassified FBI files complicated another crucial piece of Bayoumi’s narrative, suggesting that his initial meeting with the two hijackers had been arranged by contacts at the Saudi Consulate in Los Angeles.

Zelikow, the executive director of the 9/11 Commission, told Insider he’s skeptical that Bayoumi knew about the plot, or that he was working for Saudi intelligence. Many high-ranking Saudis, Zelikow pointed out, were despised by bin Laden and opposed to his efforts. “The information that Bayoumi might have been a paid informant … if it is true, actually tends to cut the other way,” Zelikow said — suggesting that Bayoumi would have been working against the hijackers.

In an interview with Insider, Thomas Kean, the former New Jersey governor who chaired the 9/11 Commission, acknowledged that Bayoumi “was definitely involved” with the Saudi government. But he remains uncertain about what form that involvement took. “There’s no question he was involved with Saudi…” Kean said, and did not complete that sentence before continuing. “It’s difficult in Saudi Arabia to decide who’s who — whether it’s the royal family or Saudi intelligence.” Kean also reiterated that the commission found no evidence to suggest that Bayoumi had advance knowledge of the attacks.

But a second raft of documents — released by the British government last week in response to a civil lawsuit against the Saudi government by the families of 9/11 victims — points to the possibility that Bayoumi knew about the attacks before they took place. Among Bayoumi’s papers was a diagram depicting a plane descending toward a target on the horizon. Beside the diagram is a formula used to calculate the distance to the target.

The diagram was seized by British police in late 2001, but its existence wasn’t noted until 2007 — three years after the 9/11 commission issued its final report. It’s hard to imagine an innocuous explanation for anyone possessing such a diagram shortly before the 9/11 attacks. “Sure looks suspicious — and sinister,” said Philip Shenon, author of “The Commission,” a history of the 9/11 report, which recounted dissent from some of the commission’s staff regarding the extent of Saudi involvement. “Fair to wonder whether it suggests he knew in detail about the 9/11 plot.”

Mark Rossini, a former FBI agent who worked as a liaison to the CIA’s bin Laden unit, didn’t believe the Bayoumi had advance knowledge of the 9/11 attacks, which, he said, was limited to a small circle within Al Qaeda. But after reviewing the diagram, he changed his mind. “There’s no question that guy was a Saudi agent,” Rossini told Insider. “He lied. It’s unequivocal.”

Zelikow, for his part, remains skeptical. He suggested that the drawing and calculations might be related to Bayoumi’s work with the Saudi Civil Aviation Authority. “It is possible that someone working in civil aviation might have worked on such equations, for various reasons,” he said.

Bayoumi, who has returned to Saudi Arabia, has given multiple interviews to law enforcement over the years, but the deposition he gave in the civil lawsuit brought by the families of 9/11 victims remains under seal. It’s unclear whether he has been asked about the diagram but, it’s hard to see how the core question of Saudi involvement in 9/11 can be resolved without a full and credible account of his actions.

The evidence declassified by the British government also includes videos showing Bayoumi filming himself and his circle during his time in San Diego. One shows him embracing Anwar al-Awlaki, a local imam at the time who had ties to Al Qaeda. Like Bayoumi, Awlaki was close to the hijackers. In 2011, he was killed by a US drone strike in Yemen. A second video shows Khalid al-Mihdhar, one of the two San Diego hijackers, in the kitchen of the apartment that Bayoumi helped him rent.

The release of these new documents comes at an inconvenient time for the Biden administration. The US wants cheap oil, continued rights for military bases, and a revived nuclear deal with Iran. Saudi Arabia wants to end all discussion of the state-sponsored murder of Jamal Khashoggi and a free hand to pursue its brutal proxy war in Yemen. The last thing either country wants is a renewed debate over the Saudi role in 9/11. “The sad truth is that because of geopolitical issues, especially petroleum, we’ll never go after the Saudis or hold them accountable,” said Rossini, the former FBI agent.

For decades, the US has allowed its codependent relationship with the Saudi royal family to circumscribe what was supposed to be an exhaustive 9/11 investigation. The more the loose ends become public, the harder it will be to avoid taking a closer, more complete look at who supported the hijackers, and why. The reason we have new information about Bayoumi’s ties to the Saudis, it’s worth noting, is because

“All of a sudden, all of this information is available,” said Karen Greenberg, who directs the Center on National Security at Fordham Law School. “Maybe we’re finally coming to a sense as a country that we can look these facts in the face and tell the story of what happened.”