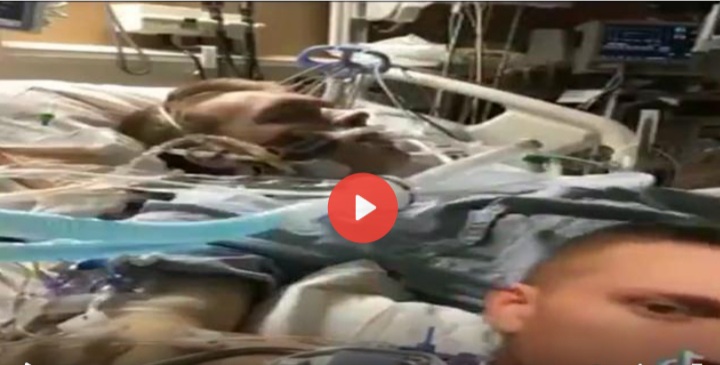 BOMBSHELL: MAN SAYS HE PARTICIPATED IN A 2013 TRIAL WITH 200K PEOPLE TO TEST MRNA-BASED MEDICATION!

Check out his scars. We know that young men have lots of heart problems with this crap. Before all of this went down I would have said no way could they cover up 200K dead people. But since they have been able to cover up tens of millions injuries and deaths, I believe they very well could have done just what he is describing.

And, they got exactly the results they wanted. Think about it. The trials they did with the animals that we know about were a joke. They were almost nothing as far as size goes.They really did not do enough to know how successful they would be at killing off people…unless they had already done some very large trials on human subjects over several years.

They would need that test data to get the dosage right to not kill off everyone too quickly to give away what they were doing and planning to do. What he is saying actually makes sense.

Another thing that is interesting is that there were no pregnant women in the Pfizer trials. Could it be they were done during this test and they knew what the results were?

This might be how this was done to us at “warp speed”…they had already tested it years earlier, had started manufacturing the clot shots and were waiting until everything was in place to go forward. Murdering bastards.

Also, HAVE YOU NOTICED THAT THE TEMPERAMENT, PERSONALITY AND ATTITUDE OF THE JABBED HAS CHANGED?