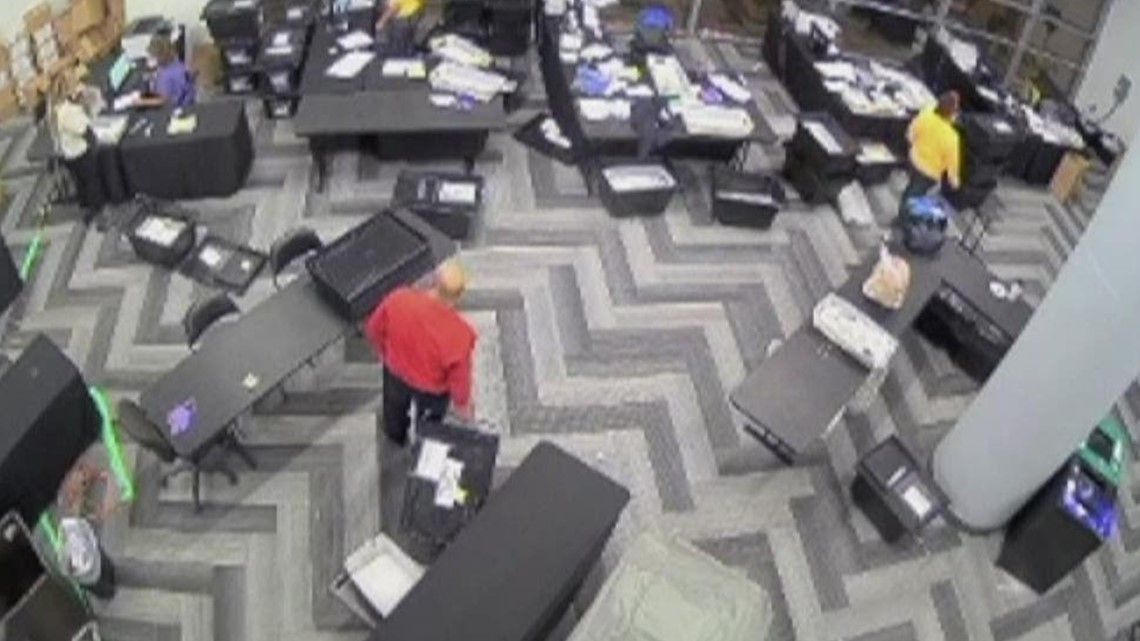 The security camera footage from election night in Fulton County that shows, what appears to be tens of thousands of ballots was counted in the absence of a party or state monitors. The video seems to show that election workers scanned the same batches of ballots repeatedly.

This caused a huge controversy at the time!

This could be a legitimate action when there’s a scanning error in the batch, such as when the ballots get jammed in the scanner.

In that scenario, the workers are supposed to discard the whole batch of scans and scan the ballots again, but the video quality makes it hard to discern if that was the case in each instance.

Digital ID systems inventor Pulitzer said that he and his team could detect if that was the case as well.

Also, he confirmed that he and his team can clear the air on the 145,000 absentee ballots.

There is an ongoing legal battle surrounding the 145,000 absentee ballots that were due to be audited. The audit was supposed to begin yesterday, Friday, May 28th. However, in a last-minute court filing, Fulton County officials are attempting to block the audit on procedural grounds. A Georgia judge granted a 30-day pause in the audit until the legal arguments could be heard in court.

And last night Emerald Robinson, from Newsmax reported that the facility in Fulton County Georgia where ballots are stored from the 2020 Election was found yesterday left wide open and unattended.

Scoop: Attorney dealing with Fulton County GA on audit of more than 145k ballots from 2020 election tells me that alarm went off today at secure building where ballots were kept. The building was found left wide open & unattended.

The initial review of low-quality resolution sample batches found a 21% difference in the number of ballots between what the election officials said was in a batch and the actual number of ballots in the batch. That is part of the reason why the judge granted a full audit of the absentee ballots in Fulton county.

What do you think about this?