BREAKING: In the Moscow region, Car BOMB Kill daughter of Alexander Dugin,who has been described as “Putin’s Brain”. 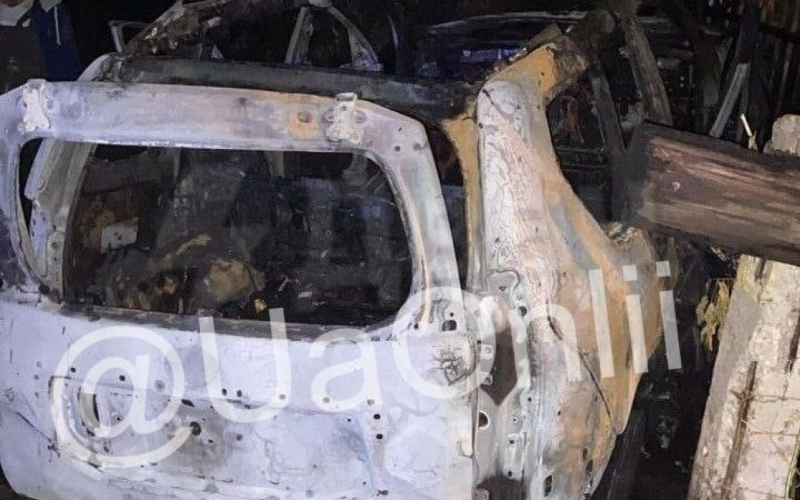 In the Moscow region, the car of the daughter of Alexander Dugin, the ideologist of “rashism” and Putin’s consultant, exploded.

On the evening of August 20, a Land Cruiser Prado car was blown up in the Moscow region, in the cabin of which was the daughter of the Russian philosopher and ideologist of “rashism” Alexander Dugin, Daria.

This is reported by the Baza Telegram channel.

According to the available information, the incident occurred in the area of ​​the Bolshiye Vyazemy village near Moscow in the Odintsovo urban district. The owner of the car, Daria Dugina, who was in the cabin, allegedly died on the spot.

Alexander Dugin is known as a Russian philosopher and publicist of the fascist direction, the founder of the ideological movement “neo-Eurasianism”, is considered the ideologist of “rashism”. Local media report on his significant influence on Russian President Vladimir Putin.

The explosion of the car, which was probably Daria Dugina, occurred around 22 pm. Russian propagandists are voicing the main version – attempted murder.

It is also reported that Alexander Dugin himself was supposed to be driving in the car that exploded.

Traffic is blocked in the area of ​​the explosion – cars are sent to a detour.< /p>

Daria Dugina, like her father, was engaged in journalism, philosophy and political science. In July 2022, it was included in the UK sanctions list.

Recall that “rashism” now has its official Wikipedia page. In the global online encyclopedia, it is interpreted as the official political ideology of the ruling regime of the Russian Federation.

VIDEO: Footage from the scene of the bombing, with Aleksandr Dugin looking on in the foreground.

One thought on “BREAKING: In the Moscow region, Car BOMB Kill daughter of Alexander Dugin,who has been described as “Putin’s Brain”.”