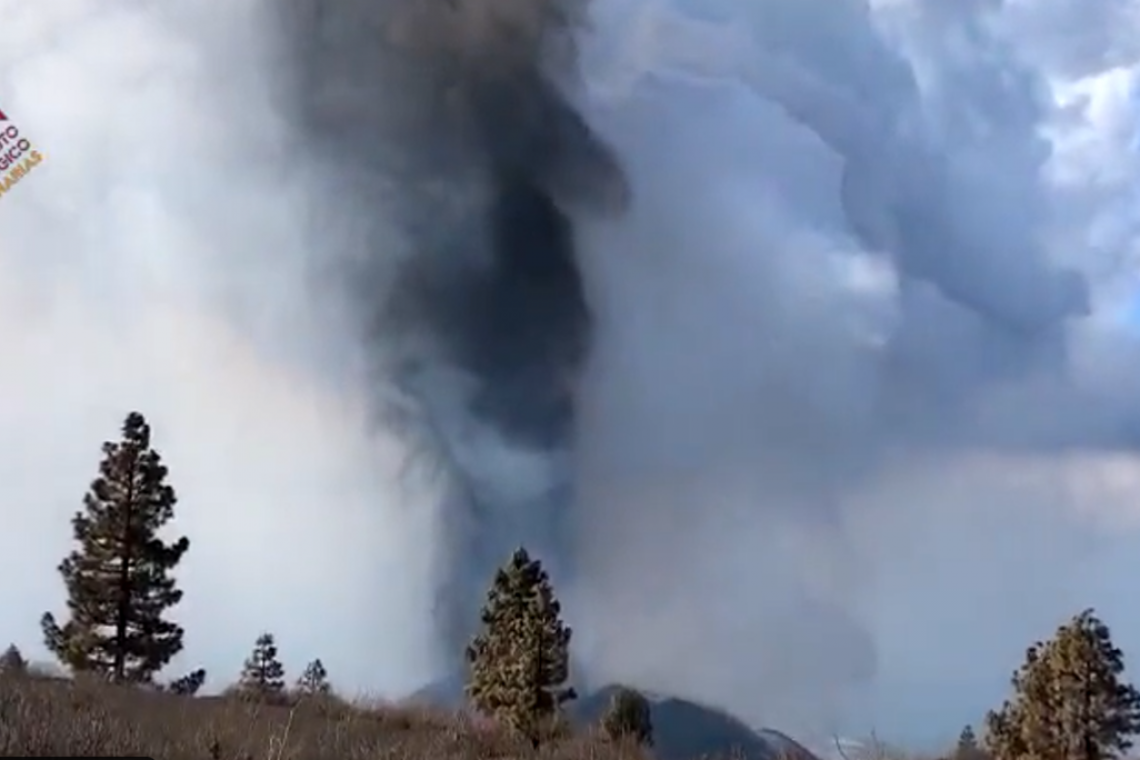 Earlier today, this website reported a second eruption had begun on the island of LaPalma in the Canary Islands; tonight we can report a THIRD eruption has now begun, THREE MILES northeast of the largest (and initial) eruption.

This third eruption is taking place at Refugio del Pilar as shown on the map below:

Video of this third eruption is now available from the official government entity on the Canary Islands which tracks volcanos, called INVOLCAN.  Here is their video:

This marks a very dramatic escalation in the situation on LaPalma, and fits with information we have been reporting that the island was showing dramatic lift along it’s northern quarter, and that a massive amount of Magma was coming up from underground.

In that story linked just above, we reported that a Government Geologist claimed a Magnitude 5.0 earthquake on the island on Saturday was the largest earthquake in FIFTY YEARS and he believed it was due to enormous magma intrusion coming up from earth’s mantle.  He came to this conclusion on Sunday, when LaPalma encountered its SECOND Magnitude 5.0 earthquake that day . . . just one day after its first 5.0 quake.

The Geologist explained that it took 6 weeks of eruption before the first Magnitude 5 quake, but only 24 hours to have ANOTHER 5.0 quake.  He said he believed that the amount of magma coming up was so gigantic, it could cause the island to . . .  explode.

This morning, this web site reported on a new (second) eruption, about 1 mile from the large, ongoing, eruption.  A new eruption gives credence to the government geologist belief that enormous magma was coming up.

Tonight, we can report that a THIRD eruption, three to four MILES northeast of the original, erupting volcano, is now also spewing, which backs what the Government Geologist told us, and which we reported to you.

Whether or not LaPalma explodes, there is an unstable landmass on the southwest flank of that island, which slid 13 feet down toward the ocean in a 1949 eruption.   It slid, then stopped.

If that unstable landmass slides into the ocean, scientists say it could generate an Atlantic-wide tsunami that would reach the east coast of north America 7 to 8 hours later, inundating every major city along the east coast.

Life as we know it, would be changed forever as all those cities were wiped out.

People living on the east coast are URGED to have an evacuation plan, have a “go-bag” for each family member with clothes, some food, and other things already packed, so if the landslide happens, you can “bug-out” to a safe location.

It is not known if there would be ANY government warnings of the inbound tsunami, and if there are, try to imagine tens-of-millions of people trying to flee for their lives.  If you think “rush hour” is bad with just the people going to or from work, amplify that 100 times or more when EVERYONE is trying to flee.

Roads would become blocked almost immediately, and panicked people might literally go “Mad Max” trying to get away.

If you wait until a government warning comes out, then YOU will be with all those panicked people, stuck on highways due to traffic.  That’s why you must monitor the situation closely and if you hear that a landslide has taken place, you need to get out right away.

You need to go BEFORE the masses (who never plan for anything) are told to flee, and they screw up everything.

The situation on LaPalma is getting very much worse.  Monitor the situation and have an evacuation plan.  Know where you will go and how you intend to get there.  Have an alternate route planned in case your primary route is blocked.   Have cash money . . . if the banks in New York City get wiped out by a tsunami, you may not be able to use your credit or debit cards because the banks won’t exist to approve the charges.  So cash will be king.   Have some.