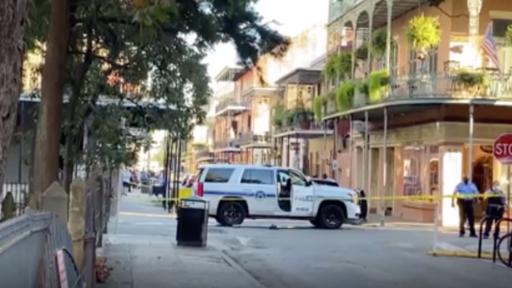 The shooting occurred at around 4:30 p.m. in the 1000 block of Royal St, according to New Orleans PD.

The officers were in their patrol vehicle, stopped at a stop sign when the attack occurred.

A pedicab passenger stood up and opened fire on them, according to Fox News.

One of the officers was shot in the face and the bullet is lodged in his skull, according to Fox News.

The officer who was shot is in serious condition.

The officers were unable to return fire before the suspect fled.

NOPD was able to apprehend the suspect a short time later.

No motive for the attack has been released at this time.

The identities of the wounded officers and suspect have not been released at this time.

#NOPD responding to call of officer in need of assistance in 1000 block of Royal St. Initial reports show NOPD officer sustaining gunshot wound. Officer has been transported to a local hospital via EMS. An apprehension has been made in this investigation.#NOPDAlert pic.twitter.com/ZVbbPNXOjN

NEW ORLEANS (AP) — A suspect is in custody after two New Orleans police officers were shot Friday in the city’s French Quarter in what the police chief described as an “ambush.”