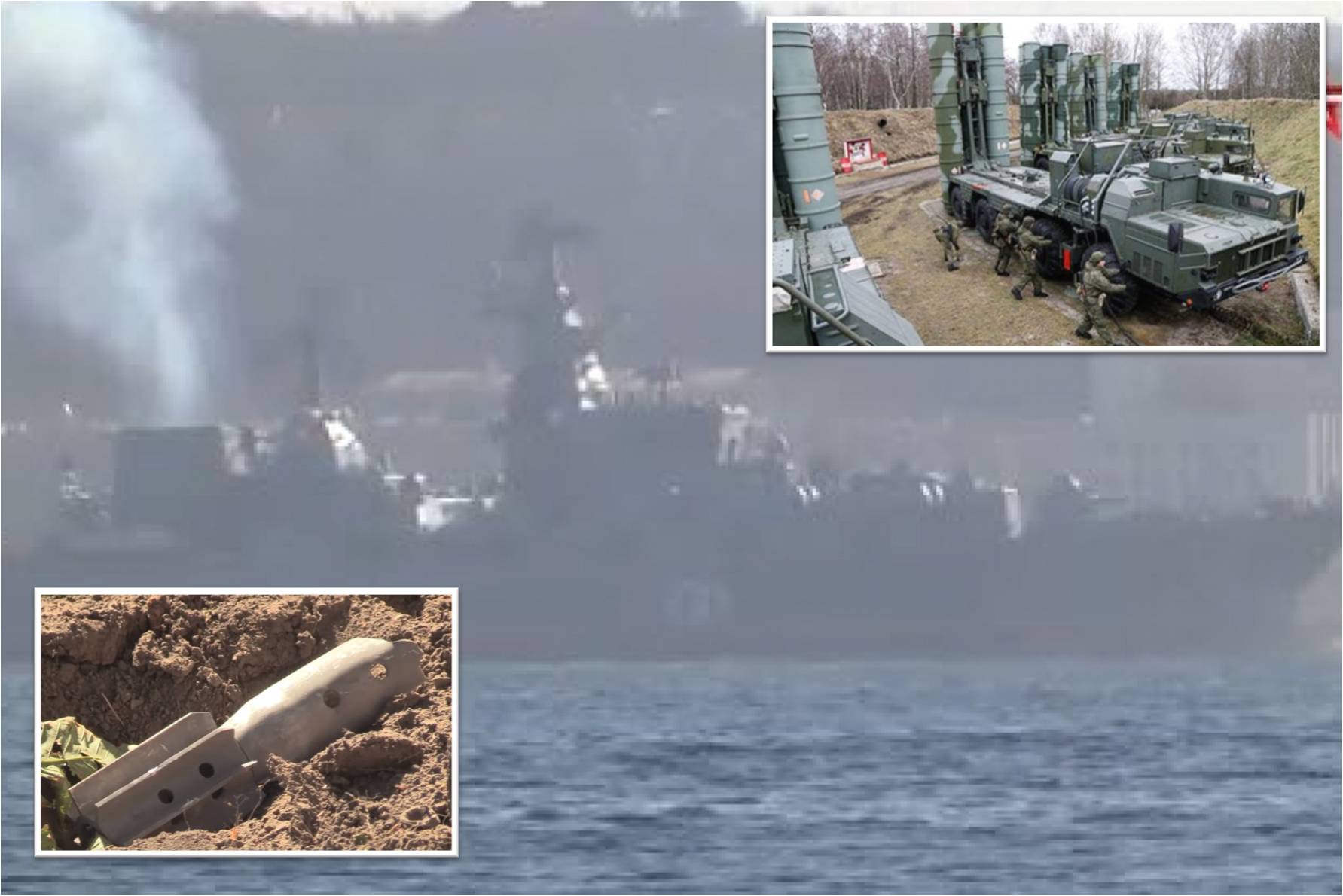 UPDATE 9:49 AM EDT — UKRAINE OPENS MORTAR FIRE — SEE BOTTOM — Russia is deploying the most advanced anti-aircraft defense system on planet earth, the S-500 “Prometheus,” along with several instances of the lesser system, S-350, on to the territory of Crimea as Ukraine masses troops, tanks, and armor in the same area.

These developments, today, come as NATO and US naval vessels transit the Bosporus and enter the Black Sea for the largest NATO “exercise” in decades, involving at least 28,000 NATO troops from 27 countries.  The map below shows the Bosporus strait which leads to/from the Black Sea:

Among the first US vessels to arrive was the USS Monterey part of USS Dwight Eisenhower CVN69 carrier strike group, began its straits transit into the Black Sea to conduct maritime security operations in the region.

BREAKING: #USSMonterey part of @TheCVN69 began its straits transit into the Black Sea to conduct #maritimesecurity operations in the region. @USNavy ships ⚓️& aircraft ✈️ routinely operate in the #BlackSea in support of our @NATO Allies & partners! pic.twitter.com/fDE5eplx7a

The arrival of NATO and US naval vessels into the Black Sea comes after Russia deployed its flagship of the Black Sea Fleet, the Russian cruiser “Moskva” to the area which immediately began exercises with its battle team on scenarios of air defense, electronic warfare and protection of the ship in battle.

Only the firepower of Moskva is huge enough to deter anyone from approaching the area.

MORE:  All 6 submarines of the Russian Black Sea Fleet have been put on alert and deployed to the Black Sea

In the meantime, Ukraine has deployed eight (8) arrays of the naval version of S-300v missiles with a radius of 400 km secure its maritime border.

It is beginning to appear that Ukraine will attempt to forcibly take Crimea from Russia and/or forcibly re-united two breakaway states, Luhansk and Donetsk, back to Ukraine.  The map below shows the spots where all this trouble is developing:

They seem to be preparing to do this at the precise time a huge NATO “exercise” will be taking place . . . all a bit too convenient for anyone to believe it coincidental.

This would mean the outbreak of actual war, between Ukraine and Russia, in eastern Europe.

Emphasizing this reality, Several Russian Duma (Congress) MPs (Members of Parliament) said that a Ukrainian offensive would result in a violent Russian counter-attack and that this will not be limited to the Donbass (Luhansk & Donetsk) either.

Developments are happening very quickly and if hostilities erupt, they will come like a lightning strike in Europe, with the general public blissfully unaware that these military build-ups have bene happening for weeks.

Mass-media in both the USA and in Europe have been virtually silent about these military developments which run the risk of direct war between Russia and NATO, via Ukraine.

This is one of the most dangerous escalations in decades and does not bode well for Europe or for the world.

Yesterday about 15:15 local time, which is 9:15 AM here on the east coast of the USA, Ukraine regime forces opened mortar fire on Donetsk, Leninskoye, South Donetsk People’s Republic territory.

Mortars like the exploded one shown below, are hitting and exploding in RESIDENTIAL AREAS near Gorlovka: