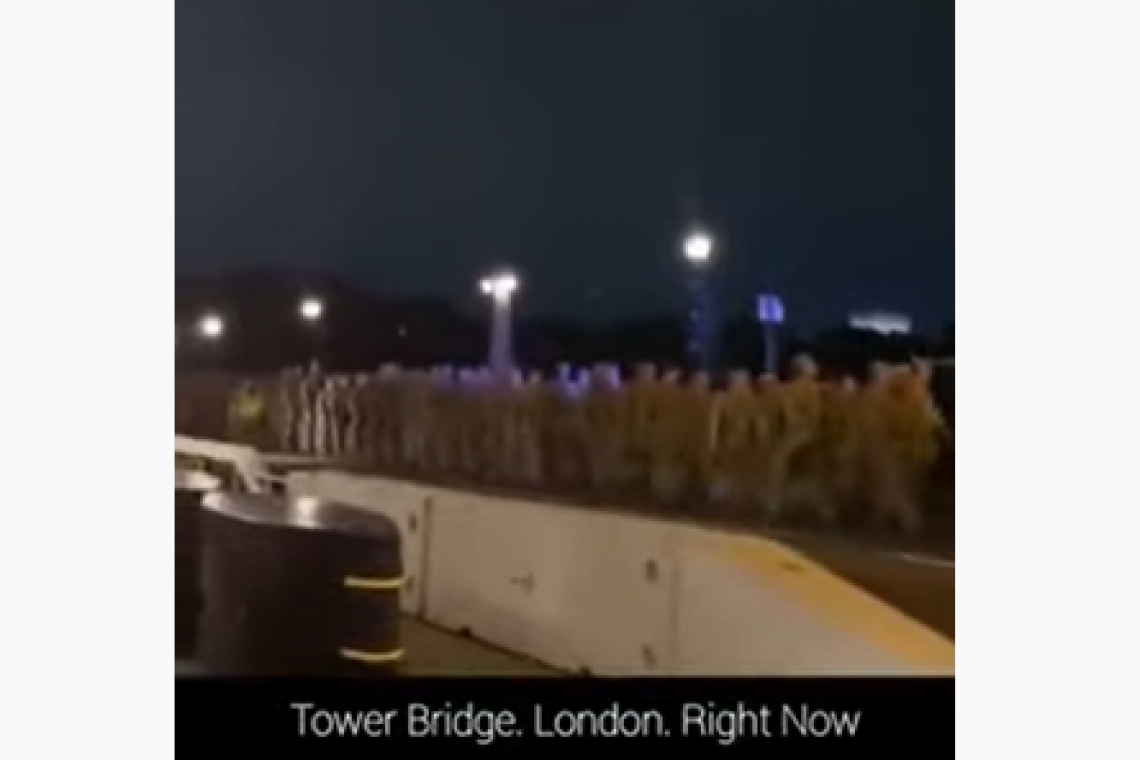 Earlier today, we reported that military convoys were headed to Beijing, China.  As of 8:49 PM EDT, we can now also report that THOUSANDS of soldiers are deploying (right now) onto the streets of London, England.

Something is VERY wrong with these things.