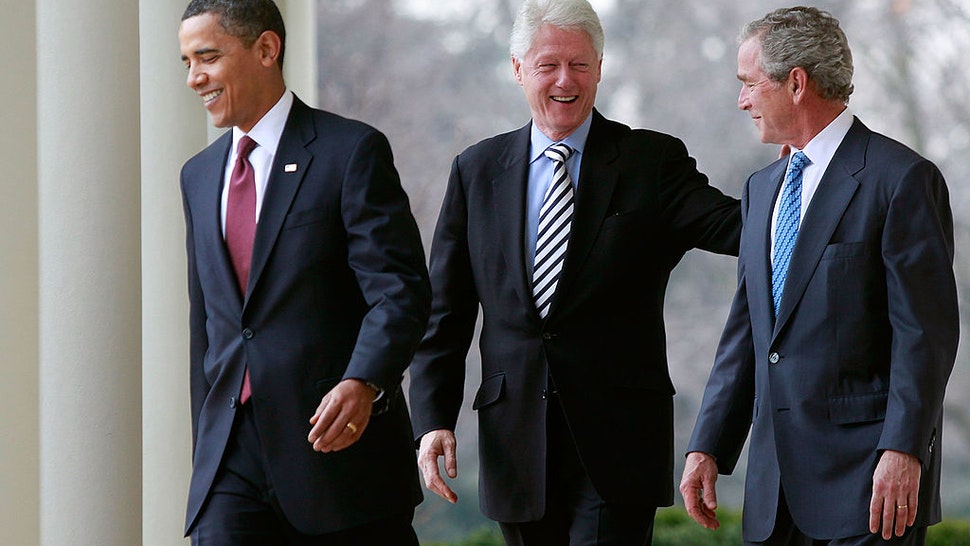 Bill Clinton and George W. Bush joined Barack Obama in adding their name to the list of former presidents who plan to line up for their televised shot of the COVID-19 vaccine.

“A few weeks ago President Bush asked me to let Dr. Fauci and Dr. Birx know that, when the time is right, he wants to do what he can to help encourage his fellow citizens to get vaccinated,” Bush’s chief of staff Freddy Ford told CNN. “First, the vaccines need to be deemed safe and administered to the priority populations. Then, President Bush will get in line for his, and will gladly do so on camera.”

Ford also told CNN that Bush has reached out to Drs. Anthony Fauci and Deborah Birx to find out how best he can help promote a vaccine to the public.

Angel Urena, press secretary to Clinton, indicated that Bush’s predecessor would also be willing to take the vaccine publicly to prove its safety to any doubters.

“President Clinton will definitely take a vaccine as soon as available to him, based on the priorities determined by public health officials. And he will do it in a public setting if it will help urge all Americans to do the same,” said Urena.

A spokesman for former President Jimmy Carter did not respond to CNN’s request for comment.

A majority of Americans are planning to receive a COVID-19 vaccine when it becomes available, with Democrats and older people among the most willing, according to a recent Gallup poll. Among white adults, 61% will take the vaccine, compared to 42% of non-white adults.

Joining Bush and Clinton in their vote of confidence is Obama, who said during an interview that aired Thursday that he “[trusted] this science” regarding the vaccine.

Former President Barack Obama expressed confidence in a COVID-19 vaccine Wednesday and even said he might be willing to televise himself taking it to calm any fears the public has.

“I promise you that when it’s been made for people who are less at risk, I will be taking it, and I may end up taking it on TV or having it filmed just so that people know that I trust this science,” Obama said during an interview on SiriusXM’s “The Joe Madison Show” that will air fully on Thursday. “What I don’t trust is getting COVID.”

Regarding why some in the black community might be reticent to take a COVID-19 vaccine, Obama pinpointed the Tuskegee Syphilis Study as a possible reason. The infamous experiment, conducted from 1932 to 1972 by the United States Public Health Service and the Centers for Disease Control and Prevention, deceived black men infected with syphilis into thinking they were being treated; in reality, they were simply being used as case studies on the long-term effects of untreated syphilis.

“And I understand, you know, historically, everything dating back all the way to the Tuskegee experiments and so forth, why the African American community would have some skepticism,” Obama said. “But the fact of the matter is, is that vaccines are why we don’t have polio anymore, and they’re the reason why we don’t have a whole bunch of kids dying from measles and smallpox and diseases that used to decimate entire populations and communities.”