California School Bans ‘To Kill a Mockingbird’ and ‘Huckleberry Finn’ 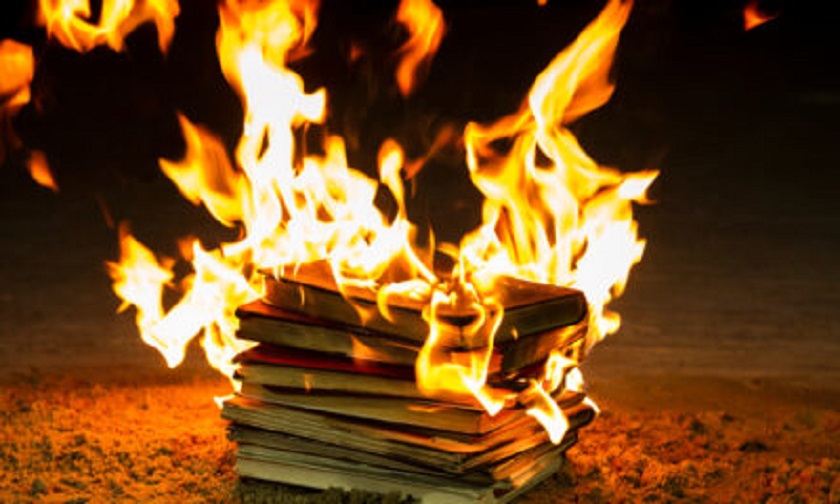 It’s a bad day to be a fan of classical literature in California.

Newsweek reported, “Schools in Burbank will no longer be able to teach a handful of classic novels, including Harper Lee’s To Kill a Mockingbird, following concerns raised by parents over racism.

Middle and high school English teachers in the Burbank Unified School District received the news during a virtual meeting on September 9.

Until further notice, teachers in the area will not be able to include on their curriculum Harper Lee’s To Kill a Mockingbird, or Mark Twain’s The Adventures of Huckleberry Finn.”

Of course, the school board clearly missed the point. The point of these stories is to highlight the evils of racism and bigotry. These books are meant to teach a moral lesson about how racism is WRONG, and it’s the racist characters who end up being the bad guys.

Huckleberry Finn contains racist characters who use racist language, but the entire story follows the titular character helping a slave escape to freedom.

In To Kill a Mockingbird, an innocent black man is put on trial for a crime he didn’t commit, and the process teaches the book’s young characters about the injustices of a segregated society. Atticus Finch, the father of the main character and the lawyer assigned to the man’s defense, has long been seen as a literary symbol against racism…but all that has changed.

Despite the books’ actual contents, the social justice mob hates that the language used makes them uncomfortable—which, by the way, was the authors’ entire point. Therefore, the mob is calling for all such books to be banned.

In 2018, The Washington Post reported that “A Minnesota school district is dropping two classic novels, To Kill a Mockingbird and The Adventures of Huckleberry Finn, from its required reading list because of the books’ liberal use of a racial slur.

Officials at Duluth Public Schools say the move, which follows similar ones taken by other school districts in Virginia, Mississippi, and Pennsylvania in recent years, was a response to complaints they had received in the past…

Free-speech organizations also have strongly criticized decisions to ban the books from classrooms and libraries. In a statement Wednesday, the National Coalition Against Censorship urged Duluth Public Schools to reconsider.

‘While it is understandable that a novel that repeatedly uses a highly offensive racial slur would generate discomfort among some parents and students, the problems of living in a society where racial tensions persist will not be resolved by banishing literary classics from the classroom,” the group said. “On the contrary, the classroom is where the history, use, and destructiveness of this language should be examined and discussed.”

Even Dr. Seuss is racist according to liberal researchers. In a study published in 2019 in “Research on Diversity in Youth Literature” — seriously, this is an actual academic journal— researchers Katie Ishizula and Ramon Stephens found that only 2% of human characters in Seuss’ books were people of color. And all of these characters, they say, were depicted through racist caricatures.”

It’s time to burn the books!