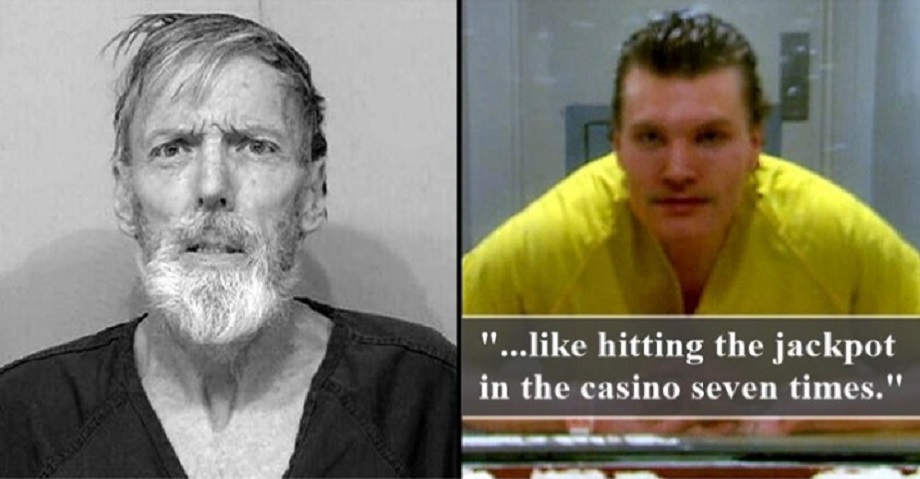 After receiving life in prison, a child rapist was transferred to his new cell to begin his sentence. Unfortunately for him, he quickly discovered that he was housed with the older brother of one of his child victims, and they were all alone.

After calling the case a “sick” and “depraved scene,” Cowlitz Superior Court Judge Michael Evans sentenced 70-year-old Robert Munger to a minimum of 43 years in prison. Munger was convicted for raping and molesting several children, which took four trials and two years to garner a conviction, according to The Spokesman-Review.

Although Munger wasn’t expected to survive his life sentence, as he was already elderly and had become frail during his time in custody, his child victims and their legal team acknowledged that there is “no sentence that is sufficient.” As fate would have it, the children no longer have to worry about their abuser living out his last days in peace.

Just six months into his prison sentence, authorities confirmed that Munger was brutally beaten to death by none other than one of his child victim’s older brothers. Munger reportedly died after being punched, kicked, and stomped in the head by Shane Goldsby after he found out who Munger was.

Munger, a 70-year-old convicted child rapist, died after Goldbsy hit “Munger in the face and head area about 14 times, (stomped) on his head at least four times and (kicked) a couple more times before walking away and being taken into custody by Airway Heights Corrections Guards,” according to court documents obtained by KHQ.

In an interview, Goldsby says that he was “in shock” when he discovered that Munger was his little sister’s rapist. He claims that he immediately told the guards that he needed a new cellmate but was denied his request.

“I was in shock,” Goldsby said. “I was like, ‘what the f***?’… This stuff doesn’t happen. You’re talking the same institution, the same unit, the same pod in the same cell as this dude. That’s like hitting the jackpot in the casino seven times.”

Goldsby claims that he’s had over 20 violent altercations with correctional officers, which led to him being transferred to multiple prisons. Eventually, he was brought to Airway Heights Correctional Center, where he was later placed in the same cell as his sister’s rapist.

Goldsby was charged with premeditated murder but insists that the violent reaction wasn’t his fault. He believes that the pairing was too coincidental and was likely a “setup” by correctional officers.

Goldsby maintains that he never intended on taking revenge but was provoked to rage by Munger, who he says told him every sordid detail of his little sister’s abuse. He still can’t fathom how he could possibly end up housed with Munger at random. DOC policy supports his complaint, as it states that neither inmate should have come into contact with one another.

“He kept… giving me details about what happened and what he did. About the photos and videos of him doing this stuff, and it was building up,” Goldsby said. “They put me in a position that I shouldn’t even be in. This shouldn’t have happened, at all. You’re talking about this dude, who did some sick twisted things to my little sis. My family. My blood. My life. And you want to put me face-to-face with this dude?”

Goldsby believes he was set up by the police, who he says he “completely humiliated” a few years prior. He has been serving a sentence for stealing a police cruiser and ramming it into a state patrol vehicle, injuring a trooper inside. As his interview concluded, he gave one final message to his sister.

Goldsby now faces life in prison for his most recent crime. Although he has admitted to killing Munger, he insists that he was put in an impossible position when he was housed with his little sister’s rapist.

While taking justice into one’s own hands rarely ends well, it’s hard to argue that Goldsby’s reaction wasn’t the same one many of us would have if we were forced to face our loved one’s rapist

‘Because You’re White’: Woman Charged With Bias Crime After Allegedly Punching A Mom in The Face Multiple …

May 15, 2021 Morgan
Thanks for subscribing! Please check your email for our latest news.