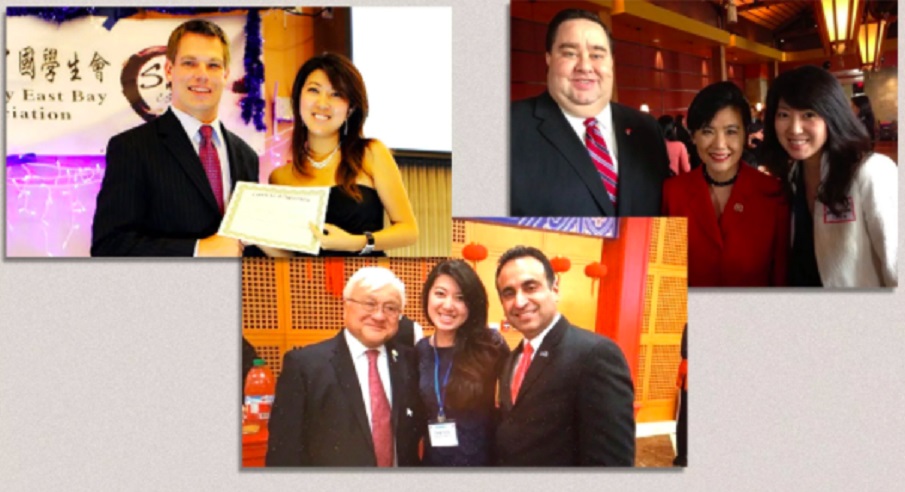 Rep. Eric Swalwell is famous for yelling about Russian influence with outrageous claims against President Trump, even calling for a ‘presidential crimes commission,’ but based on a year-long investigation from Axios, he’s the one who has some spy problems, and they ought to be embarrassing at least. He was China’s idea of the perfect fool.

According to a year-long investigation from Axios:

A suspected Chinese intelligence operative developed extensive ties with local and national politicians, including a U.S. congressman, in what U.S. officials believe was a political intelligence operation run by China’s main civilian spy agency between 2011 and 2015, Axios found in a yearlong investigation.

The woman at the center of the operation, a Chinese national named Fang Fang or Christine Fang, targeted up-and-coming local politicians in the Bay Area and across the country who had the potential to make it big on the national stage.

Among the most significant targets of Fang’s efforts was Rep. Eric Swalwell (D-Calif.).

Which is creepy stuff, given that Chinese operatives have penetrated the Bay Area’s Democrat circles for more than one operation. Sen. Dianne Feinstein employed an apparent Chinese spy as her driver for 20 years. Intelligence officials in the linked videos say there are plenty more.

Swalwell wasn’t the only Democrat on their list. Rep. Ro Khanna, a far-leftist with an interest in bipartisanship with Republicans, was also a target, as was quirky, iconoclastic Rep. Tulsi Gabbard. It seems the Chinese operatives don’t target the craziest of the left, just the ones they see as malleable and likely to rise.

But this honeypot, glomming, bigtime, onto gullible Eric Swalwell is well worth noting, given Swalwell’s propensity to accuse others.

Tucker Carlson segment on a video deleted from Chinese social media of a professor saying that China “has people at the top of America’s core inner circle of power & influence.” pic.twitter.com/h3Ygy6UlHk

Fang, as it happens, was active from 2011 to 2015, and as word got out that she was being investigated, mysteriously seems to have gotten word in time to flee the country.

In Swalwell’s case, he was palsy-walsy with the comely Chinese operative. It’s not known if he slept with her as apparently a couple of unnamed Midwestern mayors have done, (Swalwell was single until 2016) but we know for sure he owes the ChiComs a lot of credit for his rise, starting with his November 2012 election to Congress.

According to Axios, Fang served as a campaign fundraiser and bundler for him, helping to get him first elected to Congress in late 2012, which certainly placed him in her debt.  Foreigners, as it happens, cannot donate money to U.S. campaigns, but they can raise it from those who can, same as illegal immigrants who can ballot-harvest in California, even though they cannot vote.

Fang, in turn, was able to place interns in Swalwell’s office, a convenient thing for the ChiComs, given that they could serve, like Feinstein’s driver, as eyes and ears, as well as move on to bigger thins.

It’s probably significant that Swalwell sits on the House Intelligence Committee, and either chairs or sits on subcommittees like this, all of immense interest to the ChiCom intelligence apparat:

Committee on the Judiciary

As for whether he unknowingly served as China’s stooge or useful tool, the evidence so far is inconclusive, with at first glance, many contradictory ends.

To be fair to Swalwell, he has chaired hearings on China’s takeover of rare-earth elements around the globe, seeking to establish its monopoly power, which surely the Chinese government hates. He’s also spoken up for Hong Kong’s protestors and China’s Falun Gong, mainly with stern warnings, which are a nuisance to the ChiCom ruling juggernaut.  He’s supported the Trans-Pacific Partnership, an Asia-without-China trading club that the ChiComs openly loathe. He’s definitely done some things to annoy the ChiComs, though none of them amount death blows. And I haven’t gotten through his entire record dating from 2011 to 2015 to see what his thoughts were earlier on. Fang, meanwhile, reportedly wasn’t all that interested in the particulars of U.S. politics, according to the Axios report, just winning power.

Swalwell though has praised the ChiComs on some occasions, sending the Chinese consulate, on the occasion of its Maoist communist takeover, according to the Chinese press some or all of the “congratulatory letters, recognitions, greetings to the consulate.”

He blasted President Trump for withdrawing the U.S. from the China-dominated WHO, which could arguably be an act of a useful fool, though we know he hated Trump and might just have been yelling reflexively. It is, though, pretty interesting that the Chinese government press knows to call him up, among all the people it can call, for a quote.

And in 2015, Swalwell called for the end of the FBI’s closely guarded encryption technology, something the ChiComs would be delighted to see spread around.

Asked by Rep. Eric Swalwell (D-CA) whether he could propose a way to give law enforcement limited access to encrypted data while protecting Americans’ First Amendment rights, Comey demurred.

Even then-FBI director, James Comey didn’t want to do that.

That he’s on those sensitive intelligence-and-technology oriented committees might be worth a look, too. The ChiComs knew him before he was in Congress, and prior to that, his interest was law enforcement, having worked at a Bay Area district attorney’s office. Could they have told him to get on those committees and maybe bring their interns in? Well, the question springs to mind.

The one thing that stands out most, though, is that Swalwell’s always been a big fan of Joe Biden, dating back to at least 2015. He’s defended him constantly and rigorously on corruption issues, as well as impeaching Trump, even to embarassing levels at times.

“Trump has an obsession with investigating Joe Biden,” Swalwell ranted during the impeachment hearings. That would be the same Joe Biden whose son Hunter got enmeshed with some billion-dollar deals with China-controlled state companies, selling pay-to-play influence, and might have gotten rich from them. Could Swalwell’s usefulness to the ChiComs be to shield and defend “the big guy”? It’s a line of inquiry that might just be looking at.

WHAT I TOLD YOU BEFORE

The ChiComs targeted him for a reason, and whatever that reason is, Swalwell took the cash, palled around with the Chinese operative, and assuming he’s not coopted, ought to be embarrassed.

Now there’s even more reason to resist the masks

Apr 11, 2021 Morgan
Thanks for subscribing! Please check your email for our latest news.