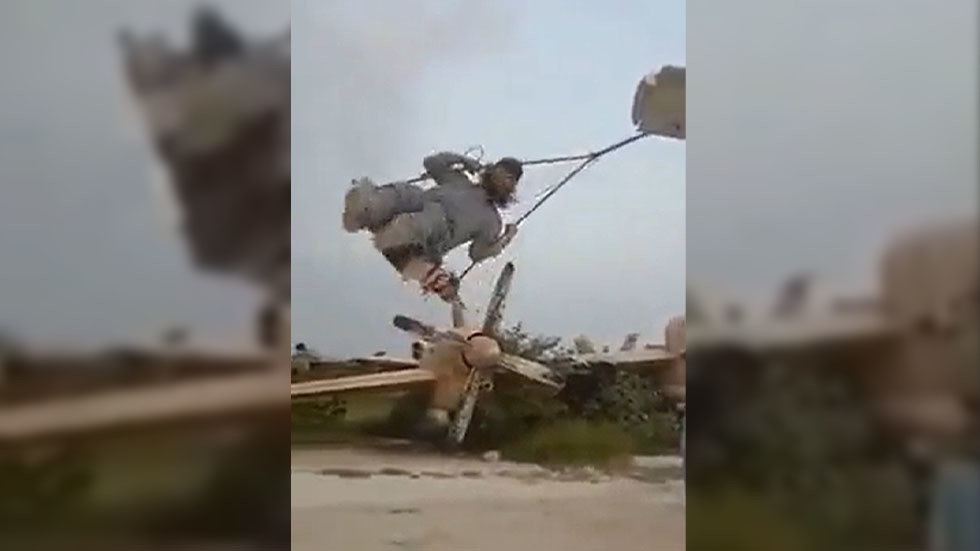 A Chinese Foreign Ministry spokesman has mocked the US and the chaotic collapse of the Washington-backed Afghan regime they left behind, as he shared footage of Taliban soldiers using captured aircraft as a swing.

On Thursday, Chinese Foreign Ministry spokesman Zhao Lijian posted a video on his Twitter account, claiming Afghanistan was the “graveyard of EMPIRES and their WAR MACHINES.” As highlighted by the outspoken Foreign Ministry diplomat, the video shows Taliban troops tying a rope to the wing of a captured aircraft and using it as a swing.

It is understood that the plane being used as a swing was captured by the Taliban forces from the US-backed Afghan government. The Islamist group, which now controls Afghanistan, captured a vast array of US and Western built-military hardware during their rapid advance in the summer months. Although much of it was destroyed during the chaotic withdrawal, the Taliban have inherited billions of dollars of NATO and Afghan army kit.

According to Defense News, citing a July report by the Special Inspector General for Afghanistan Reconstruction, the Afghan Air Force owned 23 A-29 attack aircraft, four C-130 airlifters, and 33 militarized versions of the Cessna Caravan. It also operated some 150 helicopters, including the US-made UH-60 Black Hawk utility helicopter and the Soviet Mi-17, which was being retired.

It is also understood that a number of these aircraft were flown to Uzbekistan as the Taliban approached Kabul.

The Taliban recently held a procession in the group’s Kandahar heartland, showing off the spoils of their campaign. It has been reported that they’re now in possession of as many as 2,000 armored vehicles.

Zhao, whose career as a diplomat has been enhanced by his repetitive trolling of Washington, has frequently commented on the US withdrawal from Afghanistan, comparing it with the failed Vietnam campaign.

Word Directly from La Palma: Steam Coming out of ground on other side of island; near constant earthquakes. We’re frightened