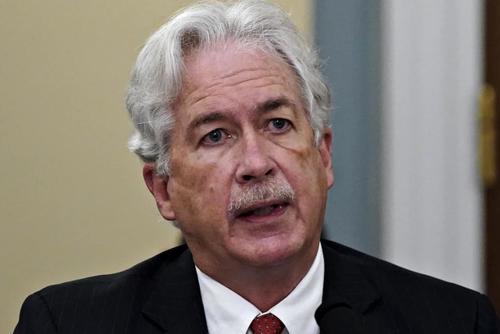 As the Biden Administration scrambles to convince the Taliban to extend the deadline for the western evacuation from Kabul – which is presently slated to conclude Aug. 31, regardless of how many Americans and Afghan collaborators remain in the country – CIA Director William Burns was dispatched to Kabul to meet with the Taliban’s de facto leader, Abdul Ghani Baradar on Monday, the Washington Post reports.

The meeting marks “the highest-level encounter between the Biden Administration and the Taliban since the militant group seized Kabul for the first time since they were initially driven from the capital by American forces two decades ago.

Biden dispatched Burns likely because of his status as a veteran of America’s Foreign Service (Burns is the most decorated diplomat in Biden’s Cabinet). WaPo described the Biden Administration’s evacuation effort as “frantic”, and Biden has called the Kabul exit “one of the largest, most difficult airlifts in history.”

While the CIA declined to comment on reports of the meeting, WaPo suspects the meeting focused on the impending evacuation deadline as pressure grows from America’s foreign allies to strike an agreement with the Taliban to extend the deadline. Britain, France and others have complained that more time is needed, while a Taliban spokesman yesterday said the Aug. 31 deadline was a “red line” and that there would be “consequences” if troops remained in the country beyond that.

For Baradar, the meeting was imbued with a “tinge of irony”, since it took place 11 years after the CIA arrested him in a joint CIA-ISI (Pakistan’s intelligence service) operation that put him in prison for eight years. But after his release from prison, he served as the Taliban’s chief negotiator in peace tlks with the US in Qatar which resulted in a deal with the Trump Administration.

As a close friend of the Taliban’s founding supreme leader, Mohammad Omar, Baradar is believed to hold significant influence over the Taliban rank-and-file. He helped fight off the Soviet invasion during the 1980s, and served as a governor of several provinces during Taliban rule in the 1990s.

With the eyes of the world remaining on the evacuation effort, White House Deputy Press Secretary Chris Meager said Tuesday morning that 21,600 people have been evacuated within the last 24 hours, bringing the total evacuated since Aug. 14 to 58,700.