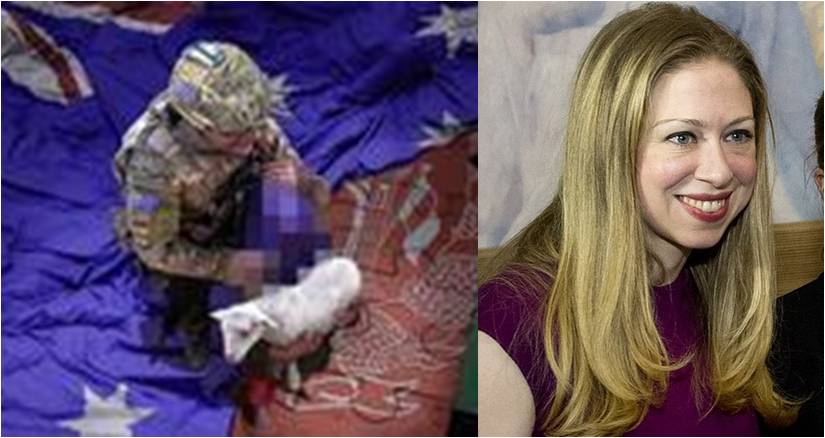 It begins.  With no prospect of Bill or Hillary Clinton resuming high office, one former key insider of the Clinton Machine is spilling his guts and telling very unflattering stories about the family business.

Doug Band, who began as a White House intern and moved on to become “body man” and then key aide, went on to mastermind the post-presidency enrichment of the Clintons and (not incidentally) himself.  But around five years ago, there was a great falling out, predictably mostly about money, and now he has unburdened himself of various sleazy secrets of the Clinton empire with a series of interviews that has resulted in long article in Vanity Fair authored by Gabriel Sherman.

I urge you to read the whole thing if you are interested in finally hearing some of the dirt that was such a huge part of the family of grifters that moved from Arkansas to the nation’s capital.  But if you are in a hurry, The U.K. Daily Mail and the New York Post select pieces of gossip to focus on, with the Brit paper highlighting Bill’s sabotage of Hillary’s 2008 presidential campaign and Chelsea’s suck-up to Ghislaine Maxwell to obtain access to yachts and cool homes, while the NYP focuses on Band’s rivalry with Chelsea and his disparagement of her abilities and her trading in her name.

Nobody comes out looking good here, which is exactly what one would expect from this bunch of crooks and schemers.  Copyright concerns prevent me from excerpting as many sections as I would like.  I will focus on Chelsea because if there is to be a future to a Clinton political dynasty, Chelsea will be the standard-bearer.

Band’s allies say he is the victim of a whisper campaign by Clintonworld rivals — Chelsea Clinton most of all — who were jealous of his favorite-son status and business success, which, they point out, has continued after he cut ties with the Clintons. “Doug’s made a lot of money. Was the Clinton connection helpful? One hundred percent. But it discounts how smart Doug is,” a Clinton donor said. The source was one of many Clintonworld insiders who would only speak on background. “The split is real and it is deep. There’s nothing in it for me to get in the middle of it,” a longtime Clinton adviser said, offering an explanation I heard echoed in my reporting. (snip)

In the spring of 2011, Chelsea Clinton, then 31, became vice chairman of what would be the renamed Bill, Hillary, and Chelsea Clinton Foundation. After a peripatetic career that included stints at McKinsey, a hedge fund, and NBC News, it was as if she had finally claimed her birthright as heir to the family dynasty. (snip)

Clintonworld sources told me that Chelsea grew to resent Band. “Chelsea hated Doug because he was like a son to her father,” a Clinton friend said. Band took offense that Chelsea treated him at times like hired help. It was a combustible mix that was about to explode into personal grievance. “As a board member, Chelsea had a responsibility to ask questions about Foundation activities she didn’t understand or had reservation about. For some reason, Doug seemed to resent that,” a Clinton spokesperson said.

Around the time Band launched Teneo in June 2011, Chelsea summoned Band and his cofounder Declan Kelly to the Clinton office in Harlem. Band walked in to find Bill flanked by Chelsea and her husband, financier Marc Mezvinsky. According to Band, Chelsea said Band’s $2.5 million offer to put her dad on Teneo’s advisory board wasn’t enough. She wanted Band to give her and Mezvinsky an ownership position in Teneo. To Band, it felt like a shakedown. “I thought she was kidding or deeply sick,” he told me. Band looked across the table at Bill, but he sided with Chelsea. Band refused to give up an equity stake. The meeting ended badly. A Clinton family spokesperson denies that Chelsea asked for equity. (snip)

Chelsea heard from foundation officials that Band was “hustling” donors to become Teneo clients behind Bill’s back. Band heard that she accused Band of planting a Page Six item about troubles in her marriage, which he denied. Band, meanwhile, told foundation staff that Chelsea was vastly underqualified to be in charge. He found it especially galling that Chelsea accused him of cashing in on his Clinton connections when, in his view, Chelsea benefited far more from her famous last name. He told people she got paid $1.2 million by NBC, not $600,000 as was reported. She had a driver, security, a $10 million apartment, a wedding that cost $5 million, and traveled on private planes. “Every job she received was based on her name,” Band said, still vexed. “Mine was based on my reputation, experience, and what I had done.” (A Clinton spokesperson denied Chelsea was paid $1.2 million by NBC.) (snip)

Chelsea had ties to Epstein and Maxwell, Band said; he showed me a photo of Bill and Chelsea posing with Epstein and Maxwell at the King of Morocco’s wedding. Chelsea remained friends with Maxwell for years after the press revealed Maxwell was a close associate of Epstein’s. For instance, Chelsea invited Maxwell to her 2010 wedding at the Brooke Astor estate in Rhinebeck, New York, after Epstein had pleaded guilty in Florida to procuring sex from a minor.

“Ghislaine had access to yachts and nice homes. Chelsea needed that,” Band told me.

A Clinton family spokesperson said Chelsea was on friendly terms with Maxwell because of a mutual friend (Gateway computer founder Ted Waitt) and only took one yacht trip with Maxwell in 2009: “It wasn’t until 2015 that Chelsea became aware of the horrific allegations against Ghislaine Maxwell and she hopes that all the victims find justice. Chelsea was friendly with her because of Maxwell’s relationship with a dear friend. When that relationship ended, Chelsea’s relationship with her ended as well.”

In late October 2011, Band instructed Bill Clinton’s office to bar Maxwell from all Clintonworld events as a way of driving a wedge between Maxwell and Chelsea. “I knew in telling everyone to stop including Ghislaine that Chelsea and her father would be very angry. It made it harder for them to justify being close to her,” Band said.

But keep in mind that omertà still governs many of the more central schemers in the Clinton machine, because they made peace with the Obama Machine and now have or aspire to insider roles in what they assume will be a Biden presidency.  People like John Podesta and Rahm Emanuel.  I suspect most of them will go to their graves before they tell the truth.