CNN Prepares the Masses for President Harris: ‘Biden Is a Political Disaster’ 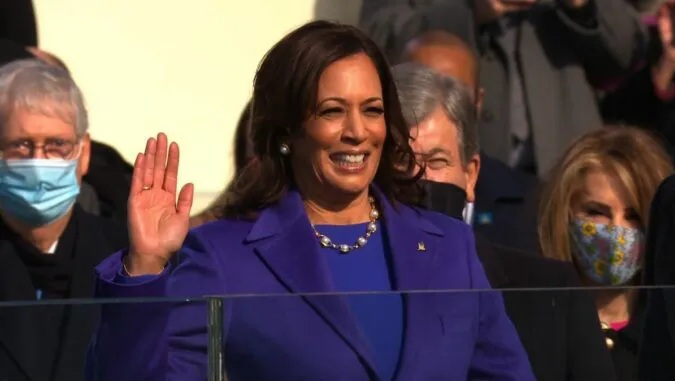 CNN is laying the groundwork to mentally prepare the masses for a Kamala Harris presidency, as Joe Biden’s reign looks set to end following his disaster in Afghanistan.

In an article published on Monday, CNN admitted that Afghanistan was a “political disaster for Joe Biden” and warned that the crisis looks set to “rock his presidency.”

“The debacle of the US defeat and chaotic retreat in Afghanistan is a political disaster for Joe Biden, whose failure to orchestrate an urgent and orderly exit will further rock a presidency plagued by crises and stain his legacy” the outlet tweeted.

But a stunning Taliban blitzkrieg followed more than 20 years of US and allied policy failures, misunderstandings of Afghan politics and culture, public war fatigue and the culpability and corruption of the failed state’s leaders.And while Biden’s political and geopolitical rivals rush to exploit his mistakes, the true magnitude of the crisis can only be judged in the human tragedy of a people again subject to Taliban persecution.

And a failure to fulfill the now apparently near-impossible tasks of evacuating all the Afghan translators, workers and fixers on whom the US relied and who now face Taliban retribution would besmirch America’s conscience and global reputation.

It is a stain on our nation’s integrity and honor that even just a few months ago, we were not meeting our obligation to the men and women, our Afghan allies who served alongside us,” Jake Wood, a former US Marine and Afghan war veteran, told CNN’s Pamela Brown on Sunday. “We owe them the special immigrant visas. We owe them safety, every bit as much as we owe safety to our embassy workers in Kabul.

Biden remained at the Camp David presidential retreat in Maryland on Monday morning, but was set to return to the White House to address the nation during the afternoon. Senior national security officials appeared on television news shows in an apparent effort to counter the impression that the administration had been badly overtaken by events.

After video emerged of Afghans flooding the tarmac at Kabul airport, deputy national security adviser Jon Finer admitted that the airport was crowded with “desperate” Afghans wanting to leave, but insisted on CNN’s “New Day” that the US had the forces in place “that are necessary to bring stability and security to that airport.”

Biden’s national security adviser Jake Sullivan deflected the blame for the scenes of chaos in Kabul, saying on ABC News that the President would speak to Americans “soon.” And he blamed Afghan armed forces for folding in the face of the lightning Taliban advance.

“(Biden) thought the Afghan national security forces could step up and fight because we spent 20 years, tens of billions of dollars training them, giving them the best equipment, giving them support of US forces for 20 years and when push came to shove, they decided not to step up and fight for their country,” Sullivan said.

The US launched the Afghan war 20 years ago in a mood of vengeance, resolve and unity, after al Qaeda’s attacks on New York and Washington shattered the post-Cold War myth of American hyper power. It is ending it in a rushed race to get out, humbled by a primitive militia, that is nevertheless ready to die for jihad on its home soil and is re-imposing its feudal writ on a war-ravaged nation that bleeds foreign invaders dry.

That a war that killed or maimed thousands of Americans, many more Afghan civilians and cost a trillion dollars, ended so abruptly with such an ignominious eclipse was shocking. But it perhaps should not have been.

Ironically, Biden’s mismanagement of the withdrawal from Afghanistan underscored his core point — that US visions of forging a functioning nation were illusory and that many more years of US involvement would not make any difference. The evaporating Afghan forces and police that the US spent billions building up to fight the Taliban mystified many Washington officials. This encapsulated how top military brass and diplomats were misled by their own preconceptions and the investment of years of US blood and treasure, troops surges, drawdowns, diplomatic offensives and arbitrary timelines to leave.

The sudden Afghan crisis, that developed at stunning speed — at least to most people in Washington who had long since looked away from the country’s longest war — is the most serious political reversal yet for Biden. And it came only days after he celebrated his biggest victories so far — the passage of more than $4.5 trillion combined in infrastructure and budget spending through the Senate. The win defied the skeptics who had long mocked his vow to bring Republicans and Democrats together, followed his earlier signing of a huge Covid-19 relief bill and bolstered his reputation as an effective domestic leader. Much of that momentum — at least for now — risks being drowned out by the imagery of American defeat abroad.