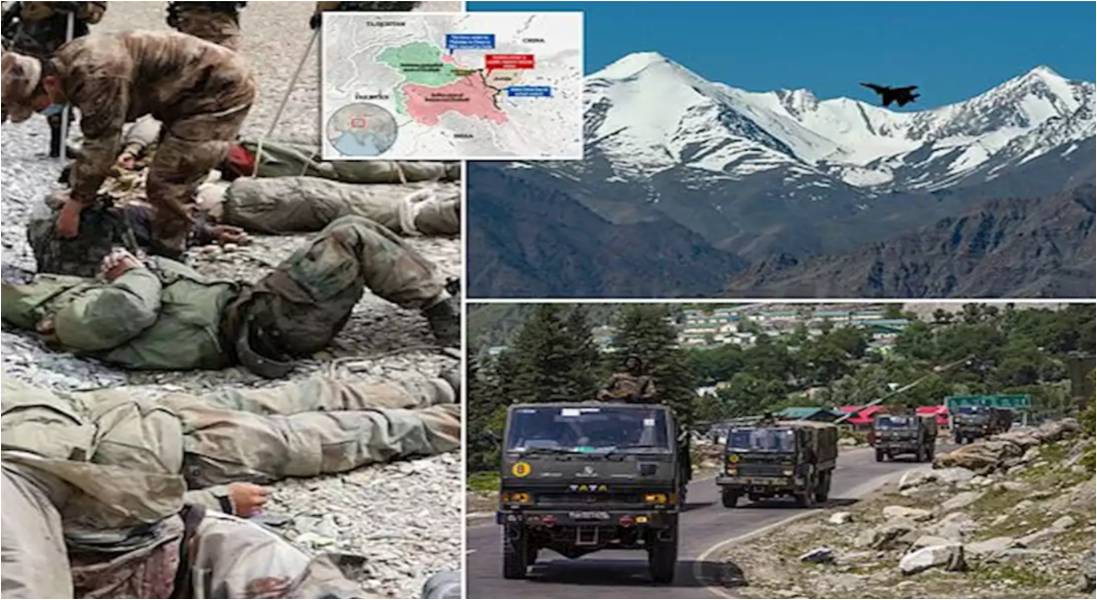 CHINA’S military used a microwave weapon to “cook” Indian troops and force them to retreat from a border stand-off earlier this year, a Chinese professor has claimed.

The weapon reportedly left Indian troops vomiting and unable to stand, allowing China to retake two strategically important hilltops in the Himalayas without any exchange of live fire.

India and China are engaged in a longstanding dispute over control of a number of regions along their shared border.

This year has seen heightened tensions between the two sides, and in June 20 Indian troops and an unknown number of Chinese troops were killed when hand-to-hand combat broke out in the Galwan River valley region.

In a recent lecture, Jin Canrong, a professor of international relations at Beijing’s Renmin University, said China later used a microwave weapon to retake land on the southern bank of the Pangong Tso Lake in the Ladakh region.

According to the Times, Jin said the Chinese troops used the weapon from the foot of the bank and “turned the mountain tops into a microwave oven”.

“In 15 minutes, those occupying the hilltops all began to vomit,” he said.

“They couldn’t stand up, so they fled. This was how we retook the ground.”

He claimed the weapon was deployed to bypass a treaty banning the use of firearms across the border.

Microwave weapons use beams of high-frequency electromagnetic radiation to heat the water in a human target’s skin, causing pain and discomfort.

The weapons are not intended to do any lasting harm, though concerns have been raised about whether they could damage the eyes or have a carcinogenic impact in the long-term.

A number of countries are thought to have developed similar weapons to target both humans and electronic systems, but the incident could be the first time they have been used on people in combat, the Times reported.

Jin continued: “We didn’t publicise it because we solved the problem beautifully.

“They [India] didn’t publicise it, either, because they lost so miserably.”

Tensions along the border have risen this year as the two sides accuse each other of building roads and other infrastructure in disputed territory.

In August last year, the Indian government also revoked the special autonomous status of the disputed Jammu and Kashmir region.

No settlements have been reached despite a series of high-level talks, though both militaries continue to stick to a no-live-fire agreement to lower the risk of any escalating conflict.

Jin said the microwave weapon was used after India used Tibetan soldiers, known to be skilled in mountainous terrain, to seize the two hilltops on August 29 this year.

He said that, following the move, local commanders in the Chinese military were under “huge pressure” to retake the ground.

“These two hilltops are very important but we’d lost them,” he said.

“The central military commission was quite furious. ‘How could you be so careless as to let India seize the hilltops?’”

“So it ordered the ground be taken back, but it also demanded that no single shot be fired.”

He said the weapon was also used because the hillsides were at an elevation of 5,600m, and Chinese soldiers are not well-adapted to conducting combat at such high altitude.

Sep 30, 2022 Morgan
Thanks for subscribing! Please check your email for our latest news.