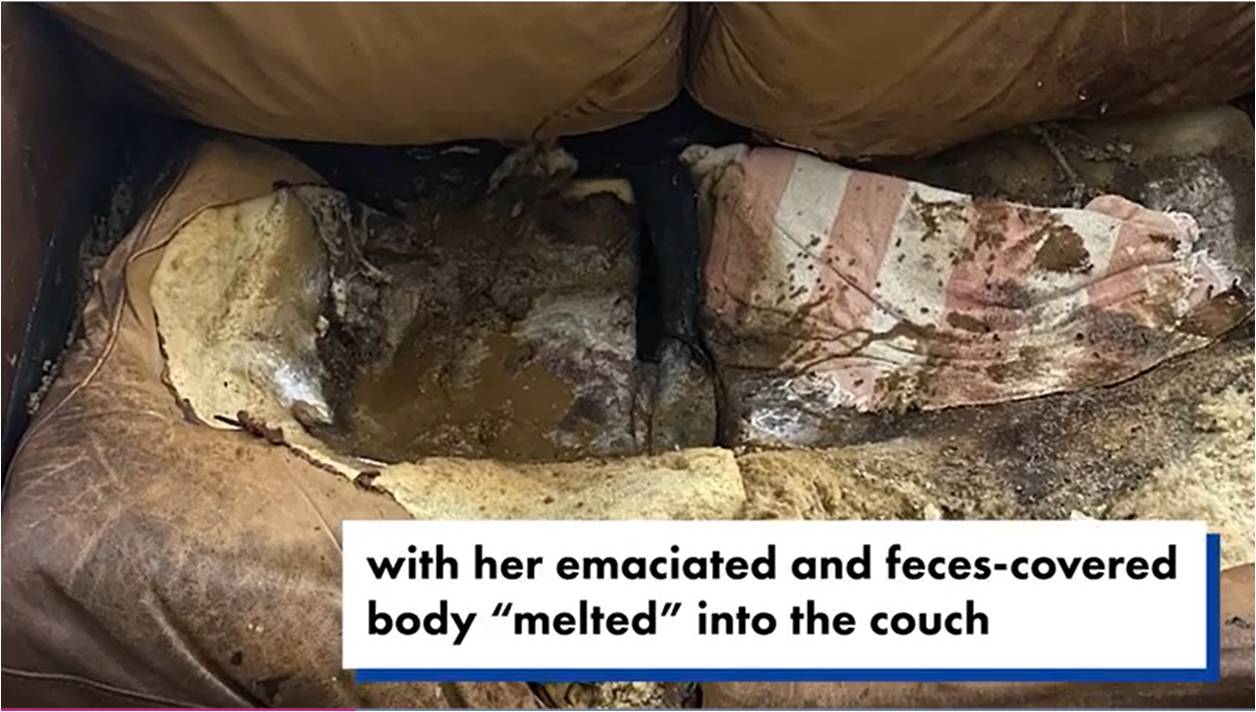 A Louisiana couple whose daughter was found dead, covered in human waste and “melted” into their couch is facing a possible murder charge – leaving those around them in shock, a report said.

Sheila and Clay Fletcher are under scrutiny after shocking new details emerged about the Jan. 3 death of their 36-year-old daughter, Lacey Ellen Fletcher, who was found on a ratty couch covered in urine and feces and weighing less than 100 pounds.

Clay resigned from the Baton Rouge Civil War Roundtable in the wake of the disturbing news while Sheila, a former town alderman, is reportedly on leave from a job as an assistant to the Zachary city prosecutor.

“Shocked, because it doesn’t match any of my experience of him,” Roundtable member John Potts told BRPROUD of Clay. “He’s completely different than what you would expect someone like that to be.”

The TV station reported that many friends didn’t know the Fletchers even had a daughter. Potts told the station that he only heard Clay mention Lacey when she died.

“The details are horrific, there is no doubt about that, and I can’t conceive of how something like that can even happen,” Potts told the station.

Police responded to a 911 call from Sheila on Jan. 18 and responding emergency workers were greeted by an imposing stench and gruesome sight.

Lacey, who reportedly suffered from a rare neurological disorder, was found sitting up on a couch that had been worn through with excrement.

The daughter had ulcers on her bottom and was infected with COVID-19, District Attorney Sam D’Auilla alleged. The DA is planning to present a second-degree murder charge for the parents to a grand jury Monday.

The Zachary city prosecutor did not immediately respond to a request for comment.